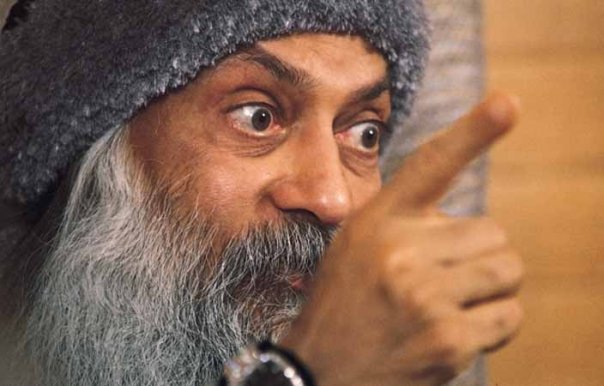 Question – I have seen many Women having strong Catharsis in Meditation, But never Men. Why? Don’t they need it?

Osho – They need it more than any woman. But they have been conditioned not to weep, not to cry; from the very childhood a boy is taught not to be sissy, not to be like a girl. If he cries they say: Stop! You are a man; a boy never cries, this is only for girls.

Men have been taught and conditioned not to cry, not to weep. They have become stones. And remember, if a person cannot weep heartily, he cannot laugh either. And God makes no difference between woman and man, he has given the same tear glands to both. If there was going to be a distinction — that man is not to cry — there would have been no tear glands in his eyes, or there would have been less than with women. But they are exactly the same. So nature has not made it that way. It is human society creating an ego that man has to be haughty and proud.

This is male chauvinism. A woman can cry — she is such a low being, no need to worry about her, she can weep. Weaklings. Man is powerful. But in a way it has been good for women — they are more natural than man. That’s why they are more beautiful than man; more relaxed than man.

Have you observed the data? More men commit suicide than women. You may have just the opposite notion, because more women talk about committing suicide — but they never commit it: they go on talking. Even if they take sleeping pills they always take them in such a quantity that they never die. Men commit suicide more than women — have to commit, life becomes such a burden.

Crying and weeping is a natural way, a safety valve, to allow accumulated emotions — sadness, to be thrown out of the system: it is a deep cleansing. Every man and every woman should learn how to cry perfectly. And how to enjoy it! It is such an unburdening and refreshing process; not only do your eyes become fresh when tears have flowed, your whole being becomes pure, simple, innocent. You attain again to a virginity that belonged once to you, but is lost, you again become uncorrupted.

After a good crying and weeping you feel bathed, the very soul has taken a shower. You are again ready and younger. Women look younger than men, healthier than men. All over the world women fall ill less than men, live longer than men — five years longer. If a man is going to live seventy-five years, the woman on an average is going to live eighty. That’s why if you go into the West you will find many old women, but not so many old men. They get ready every day, they allow, they are not so egoistic.

Women go less mad than men because they have their daily quota of madness, they never go wholesale mad. Women almost every day, once in a while, they go mad — but just for a few minutes; it is beautiful, nothing is wrong in it: they scream and jump and throw a plate — it is not costly either, but man goes on accumulating madness. He cannot cry, he cannot throw a plate — that is not manly. He has to be always on guard, then the madness goes on accumulating within his heart — one day it explodes.

More men are in madhouses. And if you look at the society, men are interested in politics, not women. Sometimes a few women are interested, but they must have male hormones in their body. Some scientific research is needed.

And the women who are interested in politics, and reach to the top, have never been very womanly, they have never loved their husbands, their children;never; they have been more politics-oriented, ego-oriented.

And of course when a woman goes into politics she will force all men out of it. It is natural, because when she goes, she really goes mad into it. A man may have some manners, but she has none. Because a man has been forced to cultivate manners; even if he fights he fights in a mannerly way, he follows certain rules — but a woman is wild; when she fights she follows no rules, she simply fights. That’s why whenever you are arguing with a woman you will always be defeated, because she follows no rules of the game, there is no logic in it; she jumps from one point to another with no visible link!

Men have created all the wars because man is madder. After every ten years a great world war is needed. It relaxes. When man can kill others, only then he feels a little release.

Fifty per cent of car accidents are because a man was angry. He couldn’t scream so he screamed through the accelerator. He went beyond the speed limit, he went mad with the car, and he enjoyed the exhilaration that comes with this speed.

One thought on “Osho on Catharis for Men, Catharsis is very very necessary”