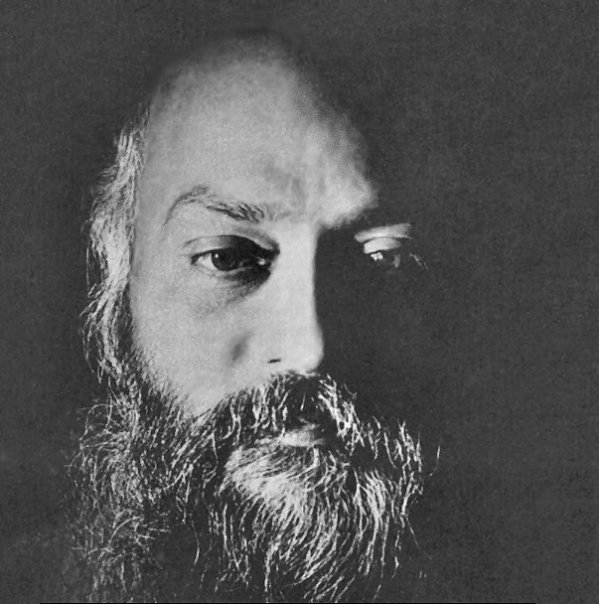 These people become catalytic agents. These people bring a totally new quality to human consciousness. A buddha, a jesus, a krishna, a mohammed – they bring another world into this world.

That is the meaning of the hindu word ’avatar’. It means they bring god into the world; the god descends through them. A vision… they become windows. Through them you can have a vision, a glimpse of something that is beyond.

One of the most influential writers, authors and thinkers. of the West was Aldous Huxley. He was very much in tune with the eastern idea of inner centering. He was one of the western minds who penetrated very deeply into the eastern attitude towards life. It is said that when a californian brushfire destroyed a lifetime’s possessions, Aldous Huxley felt only an unexpected freedom.’I feel clean,’ he said.

He had a really beautiful collection of rare antiques, rare books, rare paintings – the whole life’s possession – and the whole possession was destroyed in a fire. Looking at the flames, he could not believe it himself that he simply felt unburdened, a sense of freedom. Disturbed not at all; on the contrary, a sense of freedom – as if the fire had been a friend. And later on he said, ’I feel clean.’ This is the eastern attitude.

If you are centered, nothing can be destroyed. No fire can destroy your centering. Not even death is capable of distracting you. And this centering is possible only if you start living each moment meditatively, fully alert, aware.

Don’t move like an automaton. Don’t react like a mechanism. Become conscious. Collect yourself more and more so that a crystallized consiousness continuously illuminates your inner being, a flame goes on burning there and it lights wherever you move. The path, the way, whatsoever you do, it lights it.

This inner flame, this inner light is there, potentially there… like a seed. Once you start using it, it sprouts. Soon you will see – the spring has come and it is blossoming and you are full of the fragrance of the unknown and the unknowable. God has descended in you.