Osho on Coma – Mind is a machine: it records only when you are receiving consciously 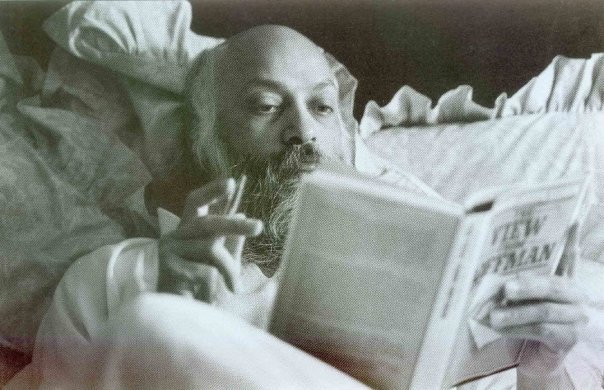 [The new sannyasin says: I had an accident and I was unconscious for about eight hours. I felt very different afterwards… but I don’t know where I was.]

Osho – Mm mm, it can happen sometimes. Sometimes it can happen in an accident that the whole structure of the mind can change. And for better… sometimes for worse; an accident is an accident. And my feeling is that it has been good for you; it has not been devastating. It has put your mind on the right track.

[The sannyasin adds: First I bothered about losing memory, because I can’t remember that period at all.]

Osho – That eight hour period? No, that you cannot remember because when you become unconscious that means nothing is recorded. That is a blank, a gap. You can only remember it as a gap. You cannot remember the content because there is nothing recorded. It is like the tape recorder: if the electricity goes we will go on talking but nothing will be recorded, but the gap will be there….

So those eight hours you have not recorded. The mind is a machine: it records only when you are receiving consciously. It records a few things unconsciously too; they may be there. But it depends how deep the unconsciousness was. If it was like a coma then almost nothing is recorded. The mind functions no more because the senses function no more. They are the messengers to bring things; they are not bringing. The postman doesn’t come so the letters are not delivered.

But my feeling is that your energy is perfectly good; that accident must have helped you. And some day meditating you may fall again into unconsciousness. If it happens, don’t resist. This time it will be far more beautiful. And once something has happened, it is more possible that it will happen again. And sometimes in an accident, rare opportunities open.

Once I was travelling with a friend and there was an accident. Our car fell down from a bridge, twenty feet down, mm? upside-down. I had been talking to this man; for years I had been telling him about meditation and he was a very very learned scholar. But he would always say, ’Whatsoever you say, I cannot think that there is a possibility of a mind without thought. How can the mind be without thought?’ And he would argue… And of course, there is a point: how can the mind be without thought? Content is needed; the mind can only be minding about something. It is very logical.

Consciousness can only be of something. If there is nothing then how can you be conscious? Of what? The very word consciousness means conscious about something. Content is needed so that you can be conscious of it; consciousness and content go together. That is very very psychological, logical… but it happens. And I would explain to him but he was too much in his mind. And that day it happened!

You cannot go on thinking your ordinary thoughts because they are too trivial in such a moment – when death is just there waiting for you down the hill. Within moments you will be gone! The very shock of it is enough to stop the process of thinking. When he fell and when I pulled him out of the car, he was laughing. He said, ’But is this the way to prove it? Couldn’t you have done better? It was too dangerous!’

Nobody was harmed. It was really dangerous – the whole car was destroyed – but he had a glimpse. Since then he has not argued about it; he knows it. That accident proved a great revolution in his life; a radical change happened…. He was not driving – he was just sitting with me. Somebody else was driving; we were just the passengers. But he came to see the point – that consciousness can be, and without content. So that accident was a blessing. And I thanked the driver and said what I had been trying to tell this man for years and was not able to, he had simply done!

So that accident was good. It will happen sometime again, deep in meditation one day. It will be almost like it but on a higher plane. Maybe it can be paradoxical too: on one plane you become unconscious; on another you remain conscious. Then it is far more beautiful, because then you go on seeing what is happening. The body becomes numb and goes off, the mind becomes numb and goes off, but you are still turned on. You are still there, hovering like a presence. No more identified with the body and the mind… almost a holy ghost! This is possible – that’s what I feel.