Skip to content
Osho on Life Osho on Mind

Osho on Confusion in Life 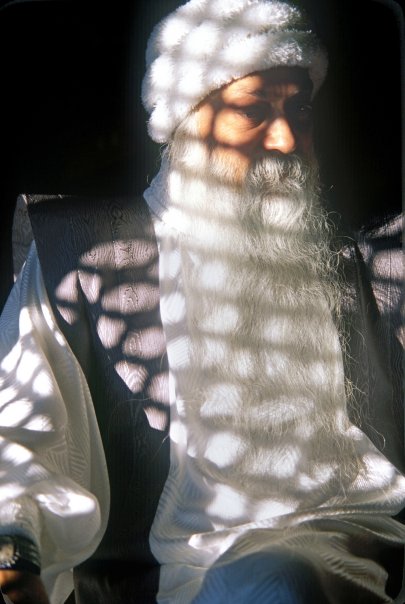 [A sannyasin, returning to the West, says she is confused.]

Osho – Confusion remains, and one has to learn to live with it because life cannot be sorted out; it is so big. The confusion arises because of our impossible effort to sort everything out; it is too big for that! There is no way to know everything so something or other always remains unknown. That unknown goes on creating confusion.

So one has to learn to live with it, then by and by it disappears and instead of confusion a totally different new thing arises… and that’s what is called wonder. It is the same energy that becomes confusion or wonder.

When a child has the same energy he simply feels wonder – because he is not in any way concerned about solving anything; he is ready to accept the mystery of it. He has no conflict between the known and the unknown; he does not make any distinction between the real and the dream.

Sometimes it happens that a child may have been playing with a toy in his dream and when he awakes he cries for the toy and asks, ’Where has it gone?’ We go on saying that it was just a dream but he says, ’But where is it now?’ He makes no distinction between the dream and the real, he does not make distinctions. If you don’t make distinctions confusion cannot arise.

So the more a person is trying to solve things, the more confused he will become. Intellectual people become more confused than emotional people. Then there are gut people also. They never become confused: they simply like things as they come.

The moment we think about life as if it is a problem, we are in confusion. The moment we start thinking that it is not a problem to be solved but a mystery to be lived, that there is no way to know and whatsoever we know will remain very very limited; the unknown will remain unlimited…. We can create a small candlelight around ourselves but the whole existence remains dark. How can you be unconfused? You will remain confused if you don’t accept that darkness, if you don’t accept the mystery of life.

The mystery was there before we came in, the mystery will be there when we are gone, so the mystery is infinite. We are just small waves of the ocean. Confusion arises and the wave sometimes goes mad. It is not an accident that great thinkers in the West – a Friedrich Nietzsche or a Mayakovsky – people who were really of great intelligence have almost always gone mad.

Now my feeling about Nietzsche is that had he been in India he would have become a buddha. His intelligence is superb, incomparable – but he simply went into a madhouse, a mad asylum, and died as a madman. In India the same energy would have been transformed with a totally different outlook. He would have become a poet. He had that quality and unconsciously many of his writings are more poetic than philosophic: ’Thus spake Zarathustra’ is great poetry, as great as Bhagavadgita. But he went mad, because a wrong notion exists in the western mind that everything has to be clear-cutly solved; everything has to be reduced to statistics. No comer of mind should be left in the dark. Everything should finally be decided in black and white, only then can we be at ease. Then there is confusion.

Become a child: don’t try to solve it – it is too big and in trying to solve it you will miss your life. Those beautiful moments which could have been of tremendous joy will be lost in trying somehow to manage the problems of life, to solve the confusions of life, the riddles of life, and it will be a burden rather than being a celebration.

Don’t be cerebral, don’t be in the head. Start enjoying more, laughing more. Start approaching the mystery of life more innocently… with no concept of finding the answer. There is none, there exists none. The answer is no answer. The wise man drops questioning. The moment you drop questioning there is no confusion; suddenly it disappears. The confusion is created by our questioning mind.

My whole effort here is to create an unquestioning consciousness – a great trust, a deep acceptance, a reverence for life. In fact, the very effort to solve it is disrespectful. It means we want to reduce god to a syllogism. We want to reduce love into chemistry. We want to reduce everything into the manageable… and wherever we find that things are unmanageable, beyond us, cannot be grasped, we are in confusion. Turn this confusion into mystery – it is the same energy, and mystery is such a joy! Confusion is such a disease, confusion creates hell!