Osho on Consciousness, Meditation is the whole science of bringing more and more consciousness out of darkness 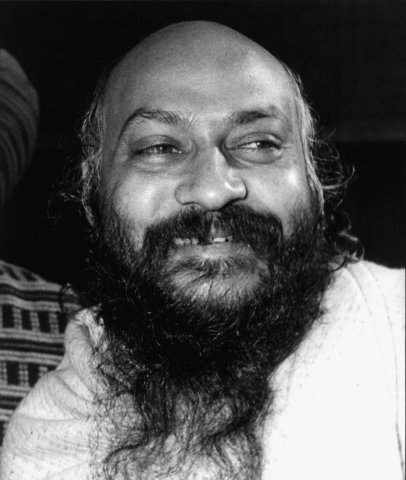 Osho – Kranti Satbodha, consciousness you already have, but only in a very small proportion. It is just like an iceberg — one tenth is above water and the rest is under water. Just a little bit is conscious in you.

I am saying something and you are listening to it; without consciousness it is not possible. These pillars of Chuang Tzu Auditorium are not listening — they don’t have consciousness. But we are aware only of a very small piece of consciousness.
Meditation is the whole science of bringing more and more consciousness out of darkness.

The only way is to be as conscious as possible twenty-four hours a day. Sitting, sit consciously, not like a mechanical robot; walking, walk consciously, alert to each movement; listening, listen more and more consciously, so that each word comes to you in its crystal clear purity, its definitiveness. While listening, be silent, so that your consciousness is not covered by thoughts.

Just this moment, if you are silent and conscious you can hear small insects singing their song in the trees. The darkness is not empty, the night has its own song; but if you are full of thoughts then you cannot listen to the insects. This is just an example.

If you become more and more silent, you may start listening to your own heartbeat, you may start listening to the flow of your own blood, because blood is continuously flowing all through your body. If you are conscious and silent, more and more clarity, creativity, intelligence, will be discovered. There are millions of geniuses who die without knowing that they were a genius. There are millions of people who don’t know why they have come, why they lived and why they are going.

It happened… George Bernard Shaw was traveling from London to some other place in England. The ticket checker came and Bernard Shaw looked in all his pockets, opened his suitcase — he was perspiring — the ticket was missing.

This is the situation most people never come to know — their consciousness is a hidden treasure. One does not know what it contains unless you awaken it, unless you bring it into light, unless you open all the doors and enter into your own being and find every nook and corner. Consciousness in its fullness will give you the idea of who you are, and will also give you the idea of what your destiny is, of where you are supposed to go, of what your capacities are. Are you hiding a poet in your heart, or a singer, or a dancer, or a mystic?

Consciousness is something like light. Right now you are in deep darkness inside. When you close your eyes there is darkness and nothing else.

One of the great philosophers of the West, C.E.M. Joad, was dying, and a friend, who was a disciple of George Gurdjieff, had come to see him. Joad asked the friend, “What do you go on doing with this strange fellow, George Gurdjieff? Why are you wasting your time? And not only you… I have heard that many people are wasting their time.”

The friend laughed. He said, “It is strange that those few people who are with Gurdjieff think that the whole world is wasting its time, and you are thinking that we are wasting our time.” Joad said, “I don’t have much longer to live; otherwise I would have come and compared.”

The friend said, “Even if you have only a few seconds more to live, it can be done here, now.” Joad agreed. The man said, “You close your eyes and just look inside, and then open your eyes and tell me what you find.”

Joad closed his eyes, opened his eyes and said, “There is darkness and nothing else.” The friend laughed and he said, “It is not a time to laugh, because you are almost dying, but I have come at the right time. You said that you saw only darkness inside?” Joad said, “Of course.”

And the man said, “You are such a great philosopher; you have written such beautiful books. Can’t you see the point, that there are two things — you and the darkness? Otherwise, who saw the darkness? Darkness cannot see itself — that much is certain — and darkness cannot report that there is only darkness.” Joad gave it consideration and he said, “My God, perhaps the people who are with Gurdjieff are not wasting their time. This is true, I have seen the darkness.”

The friend said, “Our whole effort is to make this “I,” the witness, stronger and more crystallized, and to change the darkness into light. And both things happen simultaneously. As the witness becomes more and more centered, the darkness becomes less and less. When the witness comes to its full flowering, that is the lotus of consciousness — all darkness disappears.”

Satbodha, we are here in a mystery school, doing nothing else than bringing more and more crystallization to your witness, to your consciousness; so that your inner being, your interiority, becomes a light, so full and overflowing that you can share it with others. To be in darkness is to be living at the minimum. And to be full of life is to live at the maximum.

One thought on “Osho on Consciousness, Meditation is the whole science of bringing more and more consciousness out of darkness”