Osho on Contentment and discontentment , Osho on contented person 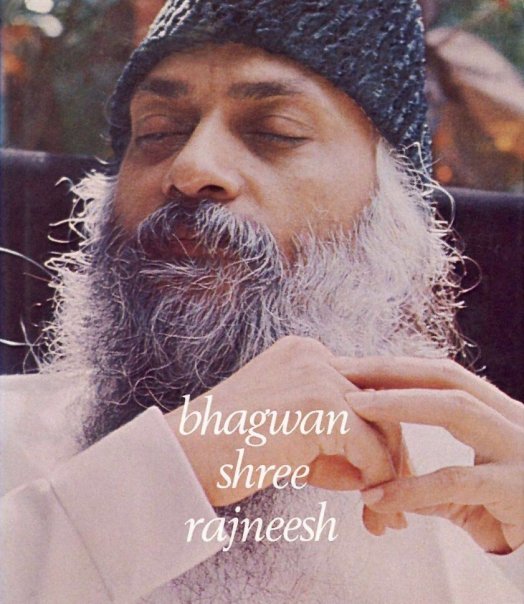 A man used to come to Sri Ramakrishna. Every year during the festival of Kali he would sacrifice goats to the goddess, hundreds of them. Suddenly, he gave up this practice. Ramakrishna had tried to dissuade him from doing it many times before, but to no avail. Now he stopped sacrificing the goats. Ramakrishna asked him what made him stop when all the former pleas had failed.

He replied, ”All this time it wasn’t possible to heed your advice. Now I have lost my teeth and cannot eat meat, so I have given up killing goats. I am now quite content to do so.”

So people become contented in old age or in poverty but this is pseudo-contentment. Contentment is really a power, not an outcome of weakness. It is a positive energy, not negative. It is not a state of helplessness, but a state of supreme helpfulness, a very high state of being. Contentment implies that you have much more than you require, more than what you need; you have both what you asked for and what you didn’t ask for.

Contentment includes gratitude: God, Your will is wonderful. How much You have given me. Contentment is not the consolation grasped by a defeated mind in a state of helplessness; it is a victorious journey where there is no question of defeat. It is attained only by glorious victors; it is worthy of heroes. Mahavir says that only Jinas, those who have conquered everything, can attain contentment.

When Nanak says: OH YOGI, ASSUME THE POSTURE OF CONTENTMENT, accomplishing physical postures becomes an old story leading to nothing. Nanak means to leave it and practice the inner posture, of which contentment is the highest. Why? To become contented is to have all anxieties fall away. Anxiety is born out of discontent, out of the feeling that you are lacking something, that you are not getting what you deserve or what you think yourself worthy of.

The day you attain contentment, you will sleep like a log – like someone who has sold all his horses, as the saying goes. Then you have no worries, your sleep will be undisturbed by dreams arising out of the day-long anxieties. Discontentment involves beggarliness whereas contentment leaves you the lord and master. It is the sign of a sannyasin who is happy and contented in every way. You cannot create a condition to make him discontented, for under all circumstances he will see the good.

Whatever happens, he spies His hand. In the deepest moments of suffering you cannot take away his rays of joy. He knows that the darkest hour is a forerunner of the coming morn. When he is in utter darkness he laughs and welcomes with song the morning sun that is bound to rise soon. In every dark cloud he sees the silver lining. In the darkest moments of suffering and sorrow, he holds the thread of contentment well in his hand.

He accepts all; he has assumed total acceptance. This is what Nanak means when he says to attain the posture of contentment. By controlling hands and feet and their position, nothing is attained. Control of your consciousness begins with contentment; but do not forget the wrong type of contentment which is born out of helplessness.

Mulla Nasruddin was once travelling with his friend in a bullock cart. Their road led through a jungle where they were suddenly set upon by robbers. Just ahead of them stood the bandits with guns in hand, shouting, ”Halt!” At that instant Mulla quickly drew five hundred rupees from his pocket and handed them to his friend, saying, ”Here is the money I had borrowed from you. Now we are even.”

Your contentment is born out of such moments – when you find there is nothing left to be done. When everything is lost, only then you release your hold on it. Actually you don’t part with your possessions, they are snatched away from you. So where is the contentment? Only he who lets go of his own accord is contented; he whose things are grabbed from him may shout from the roof-tops that everything is all right, but you still hear the note of discontent.

The correct form of contentment requires, first and foremost, a feeling that you have received much more than you need. It requires gratitude, that behind all the apparent sorrow you see the hidden joy. Wherever you see thorns, somewhere there are roses, so why rest your eyes on the thorns. If you hurl abuse at the contented person he thinks that perhaps it is right; he thanks you for telling him the truth.

If it is wrong he thinks, ”Poor man, he took all this trouble in vain, to think that he came so far.” So there is either a feeling of gratitude or compassion, but never anger. He finds something good and worthwhile in every situation. There is a story which I like very much of two fakirs: The two fakirs, the old guru and the young disciple, were returning to their hut in Japan for the rainy season. For eight months of the year they traveled from village to village singing the praises of the Lord, but in the rainy season they returned to their hut.

When they reached the bank of the lake where the hut stood, they found the roof fallen to the ground by a violent storm that had struck just the night before. It was not only a very small hut, but on top of that, half the roof was on the ground. There were ominous clouds in the sky and darkness all around. Nothing could be done for they were far away from any other habitation. The younger sannyasin couldn’t contain himself. ”Look at this. We kill ourselves singing His glories and this is how we are rewarded. What use is all that prayer and worship?

What do we get in return? Rich sinners are lying blissfully in their mansions while the gale has carried away the roof of two poor fakirs. The storm is also His.”

Having given vent to all his rage, he turned to the guru and what did he see? There knelt the guru with folded hands looking up at the sky, his eyes filled with tears of joy and supreme contentment.

He was singing, ”Oh Lord, Your compassion knows no bounds. The tempest could have blown the whole roof away and you must have stopped it half-way for us. Only You can be so thoughtful.”

Then they both entered the hut. Though they seem to enter the same hut, they are different people: one is contented, the other dis-contented. They both slept. The younger fakir kept tossing and turning, grumbling and worrying about the rain, constantly complaining and filled with anger. But the guru slept very soundly. When he got up at 4 a.m. he wrote a song.

He could see the moon above through the half-open roof. He said in his song, ”Oh Lord, had we known before, we would not have troubled Your tempest to rip off half the roof. We would have done it ourselves. We have been so foolish, but now we can see the wonderful work of the storm; we can watch the moon over the hut!

How close is Your sky, and we shut it off with a roof! Your moon came and went so many times and we remained behind a roof. We did not know, please forgive us! Had we known we would not have put the storm to so much trouble.”

A man who can sing like this under the most direct circumstances is truly a contented person. But he who becomes contented out of helplessness follows the path of impotent and vigorless people; if only they could find contentment before having to lose everything then they wouldn’t have to lose anything; for you cannot steal anything from a contented man. You may take away his belongings but not his contentment. His inner equilibrium cannot be disturbed. His true possessions are all within.