Osho on Devavani Meditation – Go on talking and really get Animated 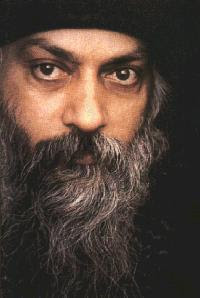 [A sannyasin says that during a group she began to speak in a language she knew nothing about. She has a fever afterwards. Since the group it has been happening many times to her. Osho tells her to go into it while he checks her energy.]

Osho – You have stumbled upon a beautiful method of meditation. It has been used in a few christian communities in the past! It is of immense good. We were using it here too; we have changed it just now (the devavani meditation). But it is of immense help; don’t think anything wrong about it. Just start doing it every day at least for one hour.

Close your door, sit in the middle of the room – exactly in the middle. It will be good if you are naked; be naked or have very loose clothes so the whole body is free, no constriction – an then start it. And enjoy it… Let it become almost orgasmic. You will have an orgasm through it. Your whole body will start moving, gestures will come, postures will come, and your body will have deep sexual orgasm through it. But don’t be afraid at all; you will be immensely benefited.

Go on talking and really get animated; don’t be just lukewarm. Become passionate about it, talk in passion. And this gibberish will become your greatest meditation. But when it happens on its own everybody thinks that something is wrong – that some spirit is there or some evil thing has happened. Has some evil possessed them or what? – because it is so… Yes, you are right! You say ’cuckoo’; it is so cuckoo but it is so beautiful!

Just get passionate about it and happy about it and let it be a celebration… and do it every day. Do it for three weeks and then report to me. Those three weeks will change you utterly. Mm?something great is going to happen through it!… Don’t worry! Even if it comes in the group allow it. And you have my approval that you are not cuckoo, mm? Good!

Source: from Osho Book “The No Book (No Buddha, No Teaching, No Discipline”