Osho on difference between helping others and trying to change others 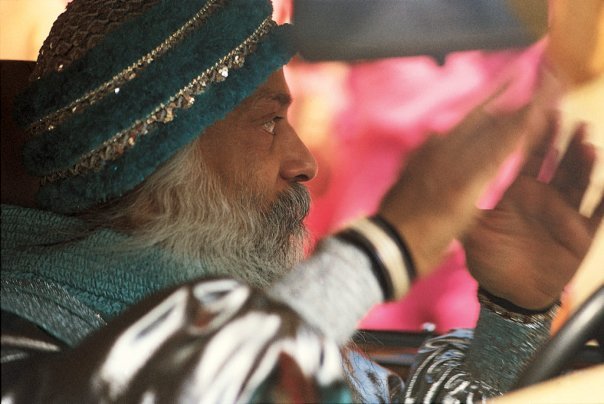 Question – You said, “Teaching is the best way of learning but you have also said, “The world is irreligious because of too many preachers. “Would you please speak on the subtle difference between helping others and trying to change others.

In fact, trying to change the other according to some ideal is very violent. It is aggression, it is an effort to destroy the other. It is not love, it is not compassion. Compassion always allows the other to be himself. Compassion has no ideology, compassion is just a climate. It does not give you direction, it only gives you energy. Then you move. Then your seed has to sprout according to its own nature. There is nobody forcing anything on you.

When I say, “Go and help others,” I mean: help them to be themselves. When I say, “The world is too irreligious because of too many preachers,” I mean that so many people are trying to change, convert, transform others according to their own ideology. The idea should not be more important than the person. Even the whole humanity is not more important than a single human being. Humanity is an idea; a single human being is a reality.

If you start sacrificing man, then you are not helping. You are destroying, you are crippling the other. You are violent, you are a criminal. So all your so-called mahatmas who try to change the other are criminals. One can just love, help, be ready to give unconditionally.

Share your being, but let the other move towards his own destiny. That destiny is unknown; nobody knows what is going to flower. Don’t give a pattern, otherwise the flower will be crushed. And remember that each individual being is unique. There has never been such a being before and there is never going to be again. God never repeats, he is not repetitive. He goes on inventing.

If you are trying to make a man be like Jesus, you will be destructive. Jesus can never be repeated again. And there is no need. One is beautiful, many will just be boring. Don’t try to make a man a Buddha. Let him become himself. That is HIS Buddhahood. And neither you know, nor he knows, what he is carrying within himself. Only the future will show. Not only will you be surprised; HE will be surprised when his flower opens. Everybody is carrying a flower of infinite potentiality and power, of infinite possibility.

When somebody says, “Be like Jesus!” he has denied you AS YOU ARE. Whenever somebody says to be like somebody else, YOU are not accepted. You are not welcome, you are like an intruder. Unless you become somebody else, you will not be loved. What type of love is this which destroys you, and only when you become false, inauthentic…?

You can, authentically, only be yourself. All else will be false, all else will be just masks, personalities, but not your essence. You can decorate yourself with the personality of Buddha, but it will never touch your heart. It will never be related to you, it will not be connected with you. It will just be on the outside. A face, but never yours. So whosoever is trying to make you somebody else and says, “I will love you if you become Buddha, Christ…” does not love you. He may be in love with Christ, but he hates you. And his love for Christ can also not be very deep, because if he has really loved Jesus, he would have understood the concrete uniqueness of every individual.

Love is a deep understanding. If you have loved one person, you have started a different quality of vision within you. Now you can see with a clarity. If you have loved Jesus, then whosoever comes before you — you will see the reality of this man, of this concrete human being, of this potentiality herenow. And you will love this man, you will help this man to become whatsoever he can become. You will not expect anything else. All expectation is condemning, all expectation is a denial, all expectation is a rejection. You will simply give your love — for no reward, for no result. You will simply help, with no future in mind.

When love flows without any future, it is a tremendous energy. When love flows without motivation it helps, and nothing helps like it. Once you feel that even one single human being accepts you as you are, you feel centered. You are not unwelcome in this existence. At least one human being accepts you unconditionally. That gives you a grounding, a centering; that gives you a feeling that you are at home. And the more you are at home, the more you will be closer to God, because deepest in your heart is He. When you are close to yourself you are close to Him. When you are centered, you are in Him.

When you are far away from yourself, you are far away from God. The distance between you and yourself is the distance between you and God, and there is no other distance. So whosoever says, “Become somebody else,” is throwing you away from God. You will become false, you will carry masks. You will have personalities, character, and a thousand other things, but you won’t have a soul; you won’t have the essential. You will not be an awareness, you will be a deception: a pseudo-phenomenon, not authentic. So when I say help, teach, I’m not giving you the idea to teach them. I’m saying: just create a climate around people. Wherever you move, carry the climate of love and compassion, and help the other to be himself.

No, the ego will not like the idea. It wants to change others according to you. But who are you to change anybody? Don’t take that responsibility. That is dangerous; that is how Adolf Hitlers are born. They take the responsibility of changing the whole world according to them.

There is much difference between a Mahatma Gandhi and Adolf Hitler. But deep down, no difference at all, because both have ideas of changing the world according to them. One may be using violent methods, the other may be using nonviolent methods, but both are using methods to change the other according to themselves. One may be using the bayonet, the other is threatening you that “I will go on a long fast if you don’t follow me.” One may be threatening to kill you and the other may be threatening that he will kill himself “if you don’t follow me”, but both are using force, both are creating situations in which you can be forced to be something that you don’t want to be, that you never wanted to be. They both are politicians. Neither Hitler loves you, nor Gandhi loves you.

Gandhi talks about love, but he does not love. He cannot love, because the very idea — the ideal of how you should be — creates trouble. There is only one way of loving people: to love them as they are. And this is the beauty: that when you love them as they are, they change. Not according to you — they change according to THEIR reality. When you love them, they are transformed. Not converted; transformed. They become new, they attain newer heights of being. But that happens in their being, and it happens according to their nature.