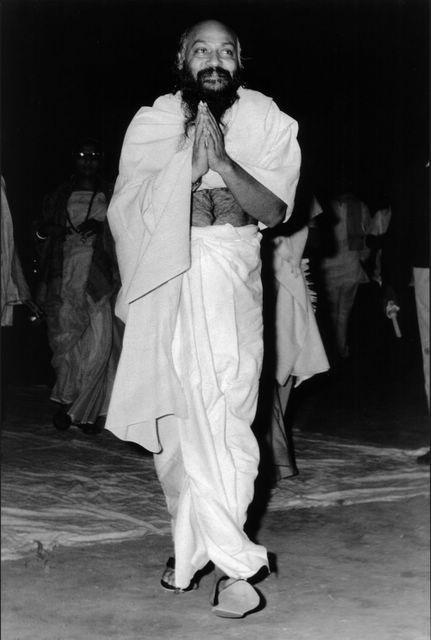 Question : Beloved Osho, What is the difference between human nature, instinct, and habit? Are there any means by which they can change or not?

Osho : Sahabzadev Hasan, habit is not nature, it is nurture. You learn it by imitation. By seeing people doing things, you start doing them. By seeing what makes people successful, you follow them. It does not come out of your nature, it comes out of your surroundings. Yes, it can become so deep-rooted that in every language there is an expression: habit is second nature. It becomes so deep-rooted that you cannot even make the distinction whether it is habit or nature. But habit is never nature. You did not bring it with you, and any day you want to drop it, you can drop it. Any day you want to change it you can change it.

Nature cannot be changed. And instinct is part of nature. In you, nature is expressed in four layers. Instinct is the lowest. Then there is intellect, which is higher than instinct. Most people never know anything more than these two, and these two are always fighting for supremacy. All the religions have remained with intellect; that’s why they are against instinct.

Only a few great thinkers like Acharya Bruhaspati in India and Epicurus in Greece have been in favor of instinct against intellect. These are very rare people; otherwise everybody has been in favor of intellect, because intellect has a higher position. It brings more respectability to you, more honor. Instinct is almost like the animals. Intellect makes you superior to the animals — but instinct is juicy, intellect is dry. Hence the people who live with instinct are joyous, happy, loving, and the people who live with intellect are dry, quarreling.

If you meditate, something beyond intellect starts functioning. You can call it the heart, you can call it intuition. It has no arguments, but it has tremendous experiences. But it is not the end of your whole nature. There is, beyond this third, the fourth, which has not been named. In the East, it has simply been called turiya, and turiya means “the fourth.” It has not been named because any name falls short of it. It is your ultimate nature, your very essential nature. It is where you meet with the universal nature, just like a dewdrop disappearing into the ocean. Nature is a vast world — it begins with instinct and ends with the fourth, the turiya. Habit is a nurture; you learn it from others.

For example, when I was a student and I wanted a scholarship for my post-graduate studies, my professor was absolutely confident: I had all the qualifications. There was just one great disqualification — that I might get into an argument with the vice-chancellor about something. So my professor, the head of the department of philosophy, went with me just to prevent me from quarreling. He went on telling me on the way, “Listen, everything depends on him. It is a special scholarship; it comes from the vice-chancellor’s special fund. Other scholarships are very small; this is the biggest scholarship, and you need it.”

He knew that with whatever money I was getting from my home I was purchasing books. Even if I had to go hungry it was okay, but I could not resist … if I saw in the university bookstall a new book, I had to purchase it. The head of my department supported me as much as he could. Knowing me — that I could go hungry, but I would purchase the book — he had arranged with the mess manager: “I will pay his bills for food and everything that he needs, so don’t ask him.” He wanted me to get the biggest scholarship, so I could purchase as many books as I wanted.

He was persuading me all the way while going towards the vice-chancellor’s office: “Just remember one thing, you have one disqualification. Don’t get into an argument with that old man; otherwise all your qualifications won’t do. It is simply in his hands.” I remained silent, non-committal, and he said to me, “Why are you silent? — because I am afraid …”

I said, “I cannot commit myself and I cannot promise. If he provokes me, then I don’t care about the scholarship. I will not miss the opportunity to have a good encounter.”
He said, “You are mad, but I will be sitting by your side, and if you start some argument, I will start pulling your shirt. That is to remind you that you are forgetting.”
I said, “You can do anything you want, but I am not promising anything to you.”
He said, “You are stubborn.”
I said, “I am not stubborn; if he does not provoke me, there is no question.”

But as I entered the office, he provoked me immediately. He said to me, “Why are you growing your beard?”
The head of my department looked at me and thought, “Finished! That scholarship is gone!” because I said to the vice-chancellor, “You are asking an absurd question. The beard is growing by itself. I’m not growing it, I’m not pulling out these hairs.”
He said, “That’s right; but you can shave.”

I said, “That brings up the question: I can ask you why you have been shaving your beard which nature has given you. You cannot ask the same question to me because I am not growing it, just as I am not growing my nose. And what can I say if somebody asks me, `Why don’t you cut off your nose?’ Why are you shaving twice a day?”
He was an old professor of history from Oxford … he was a professor in Oxford, and when he retired from there he was appointed here as vice-chancellor.
I said, “You have to give me an answer.”
He said, “You are asking a question I have never thought about. And you seem to be right … why did I start shaving my beard? The only thing I can think of is that because everybody else was shaving, I started shaving.”

I said, “It is only a habit. And you are living in a habit blindly — not even alert about why you are shaving your own beard twice a day, wasting time. And the imitation of others does not show much intelligence; you should have asked why they are shaving. And you would have found that their answer is the same: they are imitating others.”

I told him, “You just think of one possibility: if women start growing beards … which is possible. Just by giving a woman certain injections, hormones which man has and the woman does not have, she will start growing a beard and a mustache. Do you think she will look beautiful?”
He said, “My God! She cannot, she will look awful.”

I said, “The same is the situation with you. You look awful without a beard, which is a natural phenomenon.”
When I said, “You look awful,” my professor started hectically pulling my shirt, hitting my leg with his. I said to him, “Professor S.S. Roy, you have not come with me to pull my shirt, or to hit my leg with your leg.”
I told the vice-chancellor, “You have to interfere. He is disturbing our conversation.”

The vice-chancellor looked at me and he said, “Don’t be worried about your scholarship.” He did not ask anything about my qualifications … whether I qualify for the scholarship or not. He simply signed. He said, “I loved you. No student has ever dared to say in front of me, `You look awful.’ And I cannot answer it! Perhaps you are right, because it is unnatural what I am doing, and what you are doing is natural. And I would love once in a while, passing by the office … you are always welcome, you can come just for a chitchat. I enjoyed just this small talk with you.”

My professor was amazed. Coming back, he was absolutely silent. I said, “What is the matter? You are very silent.”
He said, “I am wondering what kind of man you are. You managed so quickly, and you said to him, to his face, `You look awful.’ And we know that he is a very angry man and very revengeful. And he has invited you: `Whenever you want … there is no need for any appointment. You can come directly in.’ What did you do? It was almost like magic — within a minute. And you made me into such a fool. I could not even raise my eyes. I was looking down … What to say? I have done those things; I cannot deny it.”

People don’t think what they are doing: what kind of dress they are using, whether it is comfortable or not; what kind of houses they are living in, whether they are aesthetic or not. They are simply imitating others.

A life of imitation is not a true life. It is not sincere. One should live naturally on all the four steps:
Instinct is of the body.
Intellect is of the mind.
Intuition is of the heart.
And the fourth, turiya, is of the being.

If you can live all these four in harmony, you are the perfect man. Nothing should be denied in favor of anything else. All four have to be together in a harmony. And if you can avoid habits, if you can allow your nature to be your whole life, no space for habits at all …. All habits take you away from your nature; all habits prove you to be mediocre.

Live naturally and you are as natural as a roseflower; live through habits and you are made of something plastic, dead, meaningless. Then you feel miserable, and nobody else is responsible for it. You allowed imitation to enter in your authenticity and it has poisoned everything. Just follow your inner voice. Your body has its own wisdom — use it. Your mind can grow into a great giant as far as intelligence is concerned; use it, but don’t be used by it.

Your heart has so much love, so much beauty; it can fill the whole universe, it is oceanic. Allow it to spread and expand, and share it with people. And the fourth is the ultimate. That is your eternal life with all conceivable blissfulness, ecstasy, joy, fearlessness, deathlessness.

If one lives simply according to his nature on each of these four rungs, he is a true man; he does not have any habit. Habits destroy your truth and impose things on you which were never intended by nature to be your destiny.

An American, an Englishman and an Irishman were all facing a firing squad. “Listen,” said the American to the other two, “one at a time we will think of a means to distract the fire; then when the firing squad turn their backs, the one who creates the distraction runs over the hill. I will go first and show you.”

The squad lined up and took aim. Quickly the American shouted, “Tornado!” The squad turned round to look and the American ran over the hill. The squad started to line up again and the Englishman yelled, “Flash flood!” Again the squad turned, expecting to see a tidal wave of water. For the third time the squad lined up to take aim. The Irishman, thinking quickly, yelled out, “Fire!”