Osho on divine rebellion – moving from identification to witnessing 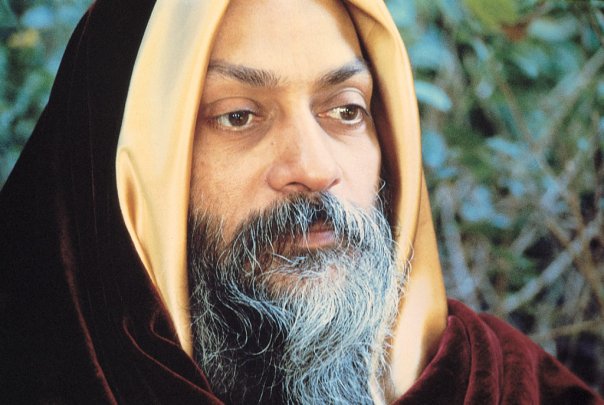 Osho – Revolution is concerned with outer things: the economic structure of the society, the political structure, the state. Rebellion is inner: it is concerned with the state of consciousness. Revolution is political, rebellion is spiritual. And a true rebellion transforms you into divinity; it reveals your godhood to you. It makes you aware that you are not the body, nor the mind; that you are nothing but pure consciousness, that you are only a witness. Once this is experienced, realized, life becomes a play.

Misery comes: you witness it, you don’t get identified with it. Happiness comes and you witness it. Sometimes it is cloudy, very cloudy, and sometimes very sunny — but it is all the same to you because, as far as you are concerned, you remain rooted in your witnessing, which never changes. You remain immovable, unchanging.

Witnessing all, slowly slowly you are neither happy nor unhappy; that is bliss. You are neither cold nor hot; that is Buddhahood. You are neither man nor woman; that is God-realization. And remember: even if you have realized God the world continues to be the same. Illness will happen to you, old age will come, and death too. But because now you have a different vision everything happens and yet nothing happens to you.

The master laughed. He said, “The difference is that before I used to get identified with my misery; now I remain aloof, just a witness. The misery comes and goes, clouds gather and disperse — it has nothing to do with me. Before it used to affect me, now it does not affect me at all. I am just a mirror, I only reflect. If it is sunny I reflect it: if it is cloudy I reflect it.”

His answer is tremendously beautiful: “Before enlightenment I was miserable, and after enlightenment I am miserable.” Even being God ain’t a bed of roses, remember. Thorns are always there, but your vision changes. You look in a different way, your attitude is different, your approach is different, because you are different. You are on a different plane: a watcher on the hill, and in the valley the same world continues.

This is what I call divine rebellion: moving from identification to witnessing, moving from getting lost in things and the world, to a point where you are always alert, clear, transparent, unaffected, untouched. You become a lotus leaf in the pond: the water can touch it but cannot affect it; in fact it cannot even touch it. It can be as close as possible but the lotus leaf remains utterly untouched by it. It remains in the pond and yet beyond it. This transcendence is divine rebellion.
Sannyas is basically a movement towards such a rebellion, such a radical transformation.