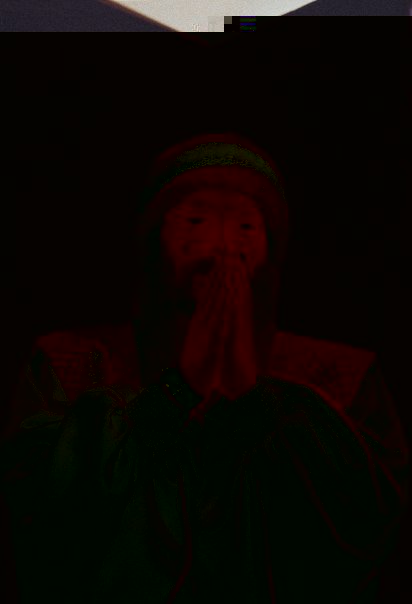 Question – How is one who has been trained all his life to analyze and question and doubt to bridge the gap between doubt and trust?

Osho – DOUBT IS BEAUTIFUL in itself. The problem arises when you are stuck in it. Then doubt becomes death. Analysis is perfect if you remain seperate and aloof from it. If you become identified, then the problem arises. Then analysis becomes a paralysis. If you feel that you have become trained to analyze, question and doubt, don’t get miserable. Doubt, analyze, question, but remain seperate. You are not the doubt. Use it as a methodology, a method.

If analysis is a method, then synthesis is also a method. Analysis in itself is half. Unless it is complemented by synthesis it will never be the whole. And you are neither analysis nor synthesis — you are just a transcendental awareness. To question is good, but a question is obviously only half; the answer will be the other half. Doubt is good, but one part; trust is the other part.

Remain aloof. When I say remain aloof, I say remain aloof not only from doubt but from trust also. That too is a method; one has to use it. One should not allow oneself to be used by it — then a tyrrany arises. A tyrrany can either be of doubt or of trust. The tyrrany of doubt will cripple you; you will never be able to move a single step because doubt will be everywhere. How can you do anything while doubt is there? It will cripple you. And if trust becomes a tyrrany…? And it can become one; it has become a tyrrany for millions. The churches, the temples, the mosques are full of those people for whom trust has become a tyrrany. Then it does not give you eyes, it blinds you. Then religion becomes a superstition.

If trust is not a method and you are identified with it, then religion becomes superstition and science becomes technology. Then the purity of science is lost and the purity of religion is also lost. Remember this: doubt and trust are like two wings. Use both of them. But, you are neither.

In India we have tried one foolishness. Now the West is committing another. In India we have tried to live only by trust; hence the poverty, the starvation, the misery. The whole country is like a wound, continuously suffering. And the suffering has been so long that people have even become accustomed to it, they have accepted it so deeply that they have become insensitive to it. They are almost dead: they drift, they are not alive.

This happened because of the tyranny of trust. How can a bird fly with one wing? Now in the West, another tyranny is happening: the tyranny of doubt. It works perfectly well as far as Objective inquiry is concerned: you think about matter, doubt is needed; it is a scientific method. But when you start moving within-wards it simply doesn’t work; it doesn’t fit. There, trust is needed.

The perfect man is a man who has a deep harmony between doubt and trust. A perfect man will look inconsistent to you, but he is not inconsistent. He is simply harmonious — contradictions dissolve in him. He uses everything. If you have doubt, use it for scientific inquiry. And look at great scientists: by the time they reach their age of understanding and wisdom, by the time their youthful enthusiasm is gone and wisdom settles, they are always very deep in trust.

Eddington, Einstein, Lodge — I’m not talking about mediocre scientists, they are not scientists at all — but all the great pinnacles in science are very religious. They trust because they have known doubt, they have used doubt, and they have come to understand that doubt has its limitations.

Nothing is wrong in doubt, don’t be worried about it. Use it well, use it in the right way. If you use it in the right way and use it well, you will come to an understanding: you will come to a doubt of doubt itself. You will see — you will become doubtful of doubt. You will see where it works and where it doesn’t work. When you come to that understanding, the door of trust opens.

If you are trained for analysis — good. But don’t be caught in it, don’t allow it to become a bondage. Remain free to synthesize also, because if you go on analyzing and analyzing and you never synthesize, you will come to the minutest part but you will never come to the whole.

It is already the whole. Nothing exists beyond it. Science is atomic; religion is ‘wholly’. Use both. I am always in favor of using everything that you have. Even if you have some poison I will say, “Preserve it, don’t throw it.” In some circumstance it can become medicinal — it depends on you. You can commit suicide by the same poison, and by the same poison you can be saved from dying. The poison is the same; the difference is right use.

Everything depends on right use. So when you go to the lab, use doubt; when you come to the temple, use trust. Be loose and free so that when you go from the lab to the temple you don’t carry the lab around with you. Then you can enter the temple totally free of the lab — you can pray, dance, sing. And when you move towards the lab again, leave the temple behind, because dancing in the lab will be very absurd — you may destroy things.

Bringing the serious face that you use in the lab to the temple won’t be appropriate. A temple is a celebration; a lab is a search. Search has to be serious; a celebration is a play. You delight in it, you become children again. A temple is a place to become children again and again, so you never lose touch with your original source. In the lab you are an adult; in the temple you are a child. And Jesus says, “The kingdom of God is for those who are like children.”

Remember always not to throw away anything that God has given to you — not even doubt. It must be He who has given it to you, and there must be a reason behind it, because nothing is given without reason. There must be a use for it.
Don’t discard any stone, because many times it has happened that the stone that was discarded by the builders became the very cornerstone of the building in the end.

Osho – A cultivated trust will not be trust; it will be false