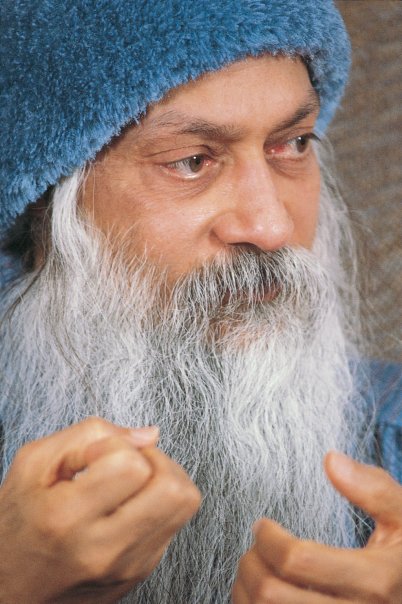 [A sannyasin says she is addicted to heroin, and asks Osho to help her with it.]

Osho – It will disappear; no need to worry about it. Just go through groups, mm? Be here one month, and in this one month try to carry on without drugs as much as possible. Don’t be too hard on yourself either: if sometimes you take a little bit, nothing to worry about. But keep it in mind that the less you take, the better. I am also a drug. Once you are addicted to me, then things are very much simpler – you can drop other drugs!

That is my way of helping addicts, mm? – I make addicts of a new dimension. And once you are with me, sooner or later you will not be able to remain in it. In fact there will be no need to drop drugs. They by and by become irrelevant; they become meaningless. You start seeing the suicidalness of them; they are destructive. But unless something bigger than that happens, how can you drop it? That’s the problem.

So I am not so much for dropping them. My whole effort is to bring something greater than they can bring, and that is the decisive factor them. If something can happen through meditation, through sannyas, through groups, which gives you a better glimpse, at no cost… You are not paying for it by your health, by your chemistry, by destroying your body and other things. You are not to pay anything for it and it happens! You are the master of it – you are not dependent on anything for it. You can make it available any moment you want. Once you know the key you can unlock the door whenever you want. Something greater, higher, has to be made available to you.

All over the world that has been the problem down the ages: people have tried to help others to come out of their drug trips but it almost always fails because you can’t provide anything better. The people also want to get out of it – everybody wants to get out of it because it is a bondage and everybody understands that he is creating a subtle bondage which will become bigger and bigger and one day he will be surrounded by walls, china walls, and it will be difficult to get out of them. By one’s own effort, one is creating such a big wall and then it will be difficult to destroy it; one will be caught in it. One’s whole life will become a kind of sickness.

And it is vicious. If you take a drug, while you are under its impact everything seems good. Then out of it everything feels so dull, so meaningless that the drug seems to be the only possibility again and again. Then the quantity of drug has to be increased and by and by one is lost. Drugs are so powerful that they destroy the very chemistry of your brain. The brain is very delicate; it cannot live with such violent coercions being made on it. Those very very minute and subtle nerves start getting damaged. Then one loses alertness, intelligence, becomes dull, becomes insensitive. Then the drug remains the only possibility, the only meaning that one can get.

But just to say these things doesn’t help. Just to preach doesn’t help. Just to say that this is bad and a sin does not help; in fact, it makes the problem worse! The person is already in suffering and now you bring in another problem – that this is sin – so he feels guilty too. The drug was enough to destroy him; now guilt will destroy also. You have added more poison to the problem. You make the person feel immoral, criminal – and these are all wrong attitudes.

So don’t be negatively concerned with drugs. While you are here become more concerned with me. Listen to me, meditate, be more and more around the ashram, have the feel of it. Be very loving to people, be open, relating, dance and sing. By and by you will see that what the drug can do, I can do and in a far better way. And that is the only possibility of getting out of it. It will happen – don’t be worried! Good!