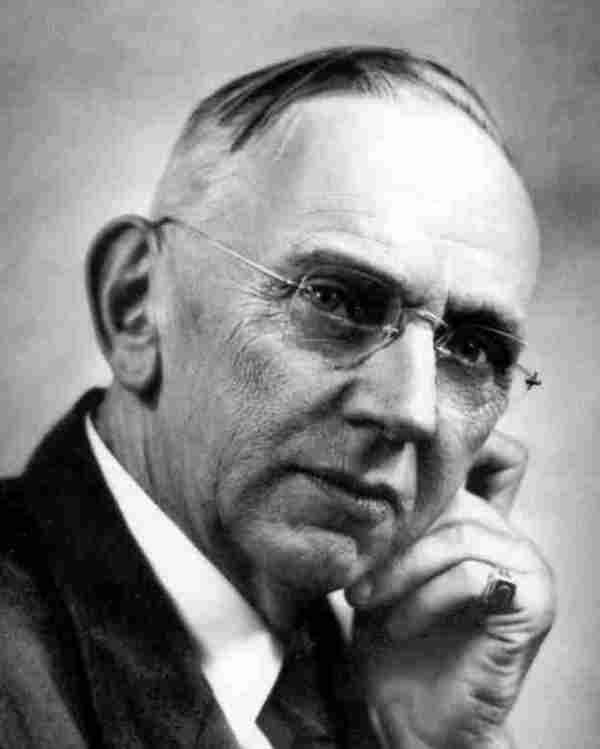 Osho – I will tell you about another event in connection with the vermillion mark, so that you will be able to understand its relationship to the third eye. Edgar Cayce died in 1945. Forty years before that, in 1905, he fell sick, became unconscious and remained in a coma for three days. The doctors had lost all hope and said that they could not find any way to bring him back to consciousness. They thought that his unconsciousness was so deep that perhaps he would never come out of it. All medicines were tried, but there were no signs of his regaining consciousness.

On the evening of the third day, the doctors said that they could not do anything more and that within four to six hours he would die, or if he lived, he would be mad – which would be worse than death – because as time passed the delicate veins and cells of his brain were disintegrating. But Cayce suddenly started speaking even though he was in a coma. The doctors couldn’t believe it: Cayce’s body was unconscious, but he was speaking. He said that he had fallen from a tree, that his backbone was injured, and that was why he was unconscious. He also said that if he was not treated within six hours, his brain would be affected and he would die. He suggested some herbal medicine which he should be given to drink and said that he then should recover within twelve hours.

The names of the herbs which he requested were not likely to have been known to Edgar Cayce, and at first the doctors thought what he was saying was just part of his madness because the substances he had suggested were not known to cure a condition such as his. but because Cayce had specifically mentioned them they thought they should try them. Those substances were searched for, and given to Cayce: he fully recovered within twelve hours.

After he became conscious and when the incident was related to him, Cayce could not remember suggesting any such medicine; he neither knew the names of the medicines nor recognized them. But this event in Edgar Cayce’s life was the beginning of a rare happening. Edgar Cayce became an expert in suggesting medicines for incurable diseases; he cured about thirty thousand people during his life. Whatever prescription he gave was always right; without exception, every patient who tried his medicine was cured. But Cayce himself was not able to explain it. He could only say that whenever he closed his eyes to look for some treatment, both his eyes turned upwards as if pulled towards the middle of his two eyebrows. His eyes became fixed there and he forgot everything; he only remembered that after a certain point he forgot everything about this life, and until that point, the treatment would not come to him. He suggested some wonderful remedies, two of which are worth understanding.

The Rothschilds were a very rich family in America. A woman from that family had been sick for a long time and no treatment had helped. Then she was brought to Edgar Cayce, and in his unconscious state he suggested a medicine. We have to call his state unconscious, but those who know about this mysterious happening would say he was fully conscious at that time. In fact, unconsciousness continues until our knowledge reaches the third eye.

Rothschild was a millionaire, so he could afford to search the whole of America for that medicine, but he couldn’t find it. No one could even say whether such a medicine existed. Advertisements were placed in international newspapers requesting information about the medicine. After almost three weeks a man from Sweden wrote, saying that there was no medicine of that name in existence, although twenty years earlier his father had patented a medicine of that name but never had it manufactured. He wrote that his father had died but he could send the formula. The medicine was then made up and given to the woman, who then recovered. How could Cayce have known of a drug that had not even been available on the market?

In another incident, he again suggested a particular medicine to someone; a search was made for it but it could not be found. A year later an advertisement appeared in a newspaper announcing the availability of that medicine. For that previous year it had been being tested in the laboratories; it had not even been given a name but Cayce knew of it. The medicine was given to the patient who soon recovered.

Cayce had suggested medicines which could not be found, and so the patients died. When he was told about this, he said that he was helpless, there was nothing he could do. He said, ”I do not know who is seeing the patient and is speaking when I am unconscious – I have no relationship with that person.” But one thing was certain, whenever he was speaking in that state his eyes were drawn upwards.

When we are in deep sleep, then our eyes are drawn upwards in proportion to the depth of sleep. Now, psychologists are doing much experimentation on sleep. The deeper you are in sleep, the higher are your eyes; the lower the eyes, the greater is their movement. If your eyes are moving very rapidly under their eyelids you are having a very eventful dream. Now this has been scientifically proved by through experiments – that ”rapid eye movement, REM,” indicates a fast-moving dream. The lower the eyes, the greater the REM; as the eyes go higher, the REM is reduced. When the REM is zero, sleep is at its deepest. Then the eyes remain steady between the two eyebrows.

Yoga says that in deep sleep we reach the same state that we reach in samadhi. The place where the eyes become fixed is the same in deep sleep and in samadhi. I have told you about these two historical events only to indicate that between your two eyebrows there is a point where this worldly life ceases, and the life of the other world begins. That point
is a door. On this side of the door this world flourishes, and inside it there is an unknown world, supernatural.

The tilak – the vermillion mark – was first devised as an indication and symbol of that unknown world. It cannot be applied just anywhere, and only a person who can place his hand on the forehead and find the spot can tell you where to apply the tilak. There is no use in putting the tilak just anywhere, because the spot is not in exactly the same place on everyone. The third eye is not found in the same place on everyone; it is somewhere above the middle of the two eyebrows on most people.

If someone has meditated for a long time in his past lives and has had a small experience of samadhi, his third eye will be lower down. If no meditation has been done that place is higher up on the forehead. From the position of that spot, it can be determined what the state of your meditation was in your past life; it will indicate whether any state of samadhi happened to you in your past life. If it happened often, the spot would have come down lower; it would be at the same level as your eyes – it can’t go lower than that. If that spot has come in line with your eyes, then with just a small push one can enter samadhi. In fact the push can be irrelevant; so, many times when someone goes into samadhi without any apparent cause we are surprised.