Osho on Effort in Meditation, Doing and Non doing in meditation 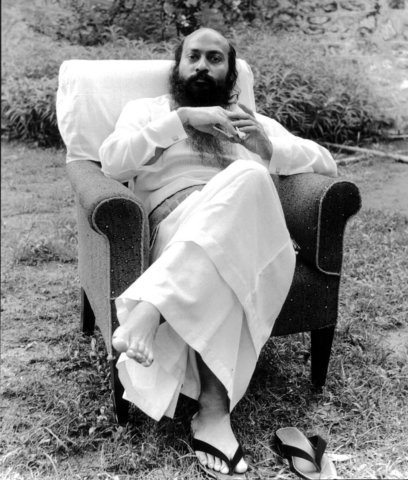 Question : ISN’T IT TRUE THAT ALL MEDITATION TECHNIQUES ARE REALLY DOINGS WHICH LEAD THE SEEKER TO HIS BEING?

No effort on your part is needed then. It becomes just like breathing – it is there. But in the beginning the effort is bound to be, because the mind cannot do anything which is not an effort. If you tell it to be effortless, the whole thing seems absurd.

In Zen, where much emphasis is paid to effortlessness, the masters say to the disciples, ‘Just sit. Don’t do anything.’ And the disciple tries. Of course, what can you do other than trying? The disciple tries to just sit, and he tries to just sit, and he tries to not do anything, and then the master hits him on his head with his staff and he says, ‘Don’t do this! I have not told you to try to sit, because that becomes an effort.

And don’t try not to do anything, because that is a sort of doing. Simply sit!’ If I tell you to simply sit, what will you do? You will do something, which will make it not a simple sitting; an effort will enter. You will be sitting with an effort; a strain will be there. You cannot simply sit. It looks strange, but the moment you try to sit simply, it has become complex. The very effort to simply sit makes it complex. So what to do?

Years pass, and the disciple goes on sitting and being blamed, condemned by the master that he is missing the point. But he simply goes on, goes on, goes on, and every day he is a failure, because the effort is there. And he cannot deceive the master. But one day, just patiently sitting, even this consciousness to sit simply disappears. One day suddenly he is sitting – like a tree or like a rock – not doing anything.

All these techniques are just to help you to come to an effortless moment. The inner transformation, the inner realization, cannot happen through effort, because effort is a sort of tension. With effort you cannot be relaxed totally; the effort will become a barrier. With this background in mind, if you make effort, by and by you will become capable of leaving it also.

He is simply allowing himself to be in a deep responsive relationship with the water, with the river. He is not doing anything really. And if he is still doing, he is still not an expert swimmer – he is still amateur, still learning.