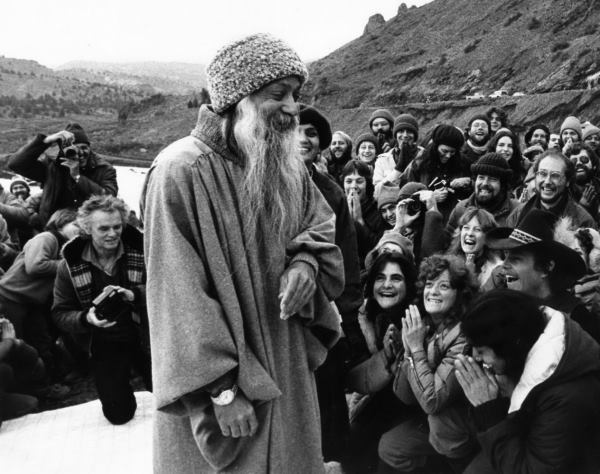 Question : The other day you said that effort is dangerous, but hard work is needed in the meditations. For my german mind, effort equals hard work. Is there hard work without effort?

Osho : The point is delicate. Effort is always half-hearted, effort is always partial. You are doing it because you don’t see any way you can attain to the result you desire without doing it. If there was any way you would drop the effort and jump to the conclusion. One is never totally in his effort, cannot be, because the idea is of the future, the end result. Effort is future-oriented, result-oriented. One is doing it only for the sake of some future result, some profit, some greed, some good pay-off.

People come to me and they ask,’We can meditate but what will we attain? We can become sannyasins but what are we going to gain out of it?’ This is what mind is — always greedy.

Let me tell you…. One day Mulla Nasruddin was watching the street through the window when he saw his creditor approaching the house. Knowing what the fellow was up to, Mulla called his wife and told her to handle the visitor.

Accordingly, the wife opened the door and said,’Yes, sir, I know we haven’t yet been able to pay you. And although Mulla himself is not home at this moment, he thinks day and night about ways to get some money and pay you back. He has even asked me to watch the street and whenever a flock of sheep passes to go out and pick up any pieces of wool that might have been caught on the bushes. This way, when we get enough wool, we can spin it, make a couple of shawls, sell them and with the money pay you back.’

When she got to this point, the man started to laugh, whereupon Mulla came out of his hiding and said,’You rascal, now that you smell money, you start to grin.’

Drop the mind and motive disappears. So at least for a few hours in a day go on doing things for their own sake: dance, sing, play on the guitar, sit with friends, or just watch the sky. At least for a few hours go on devoting your time to intrinsic activities. These activities are the hard work. And I know, mind is very lazy. It likes to dream, it doesn’t want to work, that’s why it continuously thinks of the future. But mind is very lazy. It only thinks of the future so that the present can be avoided and the challenge of the present can be avoided.

I have heard an anecdote. While walking along a creek bank a man came across a young fellow lying lazily under a tree with a fishing line in the water, on which the cork was bobbling frantically.
‘Hey, you’ve got a bite!’ he said.
‘Yeah.’ drawled the fisherman. ‘Would you mind pulling it out?’
The walker did so, only to have the recumbent one ask,’Would, you mind taking the fish off, rebaiting the hook, and tossing it back in the creek?’
This was done and the man commented jokingly,’As lazy as you are, you ought to have some kids to do these things for you.’
‘Not a bad idea,’ yawned the fisherman. ‘Got any idea where I could find a pregnant woman?’

That’s how the mind is; it does not want to do anything. It simply hopes, desires, postpones. The future is a trick to postpone the present; the future is a trick to avoid the present. Not that you are going to do anything in the future, no — because again the same mind will be there and it will say tomorrow, tomorrow. You will die and you will not do anything, you will only think. And that thinking helps you to keep face: you don’t feel lazy because you think so much of doing, doing great things always, dreaming about great things and not doing the small things that are really to be done right now.

Hard work means to be present and to do that which the present has brought you as a challenge. THE OTHER DAY YOU SAID THAT EFFORT IS DANGEROUS BUT HARD WORK WAS NEEDED IN THE MEDITATIONS. Yes, hard work — because you will have to go against the mind. The hardness is not in the work — the work is beautifully simple, the work is very easy — the hardness comes from the fact that because you are so fogged by the mind you will have to come out of it.

FOR MY GERMAN MIND, EFFORT EQUALS HARD WORK. That I understand — but all minds are German. That’s why everybody is in such trouble, that’s why everybody finds his own fascism, his own nazism, his own Adolf Hitler. Everybody does. Mind is fascist and mind looks continuously for leaders, for somebody to lead. It was a surprise to the whole world when Germany fell into the trap of Adolf Hitler.

Nobody could believe it, it was almost illogical. Such a beautiful race with such a great tradition of learning, of learned men, of great philosophy, of Kant, Hegel, Feuerbach, Marx…. Such a great culture with such refined intellect; a culture of great scientists, of great musicians, of great novelists and poets; the country of the philosophers and professors….’Professor’ has never been such a respectable word in any other country as in Germany. What happened to such an intelligent race that it fell into the hands of a stupid, almost idiot person, Adolf Hitler?

But this has to be understood: that all learning, if it is superficial, if it is of the mind, is not going to help. The learning only remains at the surface — deep down you remain childish. Those professors, even a man like Martin Heidegger — a great philosopher, you could say the greatest that this century has produced — he also became a follower of Adolf Hitler. What happened to these giants following this man who was almost mad?

It has to be understood; it can happen, it has always happened. These great minds are just great on the surface, deep down their existence is very childish; only their intellect has grown, they have not grown. Martin Heidegger’s mind is very grown-up,.his being is very childish. His being is childish; it is waiting for somebody to lead it. A really mature person does not throw his responsibility on to anybody else; he becomes responsible for his own being.

Now this whole country of scientists, philosophers, professors, poets, giant intellectuals, fell victim to a very ordinary, mediocre man. And that man ruled over it. This must help everybody to understand the foolishness of intellect. Intellect is superficial. One should grow in being otherwise one is always prone, one always tends to become a victim of such people. They always happen.

A free man belongs to himself and nobody else. A free man is simply an energy with no name, no form, no race, no nation. The days of nations and races are past, the days of the individual are coming. In a better world there will be no Germans, no Indians, no Hindus, no Christians — there will be pure individuals, perfectly free, living their life in their own way, not disturbing anybody’s life and not allowing anybody to disturb their lives.

Otherwise, mind is childish and yet cunning. It can fall victim to any Adolf Hitler, to any chauvinist, to any mad person who is bold enough…and people are bold, they never hesitate. That was the appeal of Adolf Hitler. He was so bold that he was absolutely bold. He would never hesitate, he was absolutely certain. And people who are uncertain in their being immediately find a deep appeal in such a person. This is a man who is so certain about truth that he must have attained to truth. They start falling in line with him.
Because of your uncertainty you become a victim to somebody who is mad. But mad people are always certain, only very, very alert and aware people hesitate. Their hesitation shows their awareness and the complexity of life. And mind is very cunning. It can rationalise everything.

I have heard. Berger, hiding with his wife from the Nazis in a secluded Berlin attic, decided to get a breath of fresh air. While out walking he came face to face with Adolf Hitler. The German leader pulled out a gun and pointed to a pile of horse manure in the street. ‘All right,.Jew!’ he shouted. ‘Eat that or I’ll kill you!’ Trembling, Berger did as he was ordered.

Hitler began laughing so hard he dropped the weapon. Berger picked it up and said,’Now, you eat the manure or I’ll shoot!’ The Fuhrer got down on his hands and knees and began eating.

While he was occupied, Berger sneaked away, ran through an alley, climbed over a fence, and dashed up the stairs to the attic. He slammed the door shut, bolted and locked it securely. ‘Hilda! Hilda!’ he exclaimed to his wife. ‘Guess who I had lunch with today!’

Mind goes on rationalising. Even if you eat horse manure it can make it a lunch — and ‘Hilda, Hilda, guess who I had lunch with today’! Beware of the traps of the mind. And the more you become alert, the more you will be able to live in the moment, in the act, totally. Then there is no motivation: you do it because you delight in it.

Osho – That’s how the mind functions: one takes things for granted