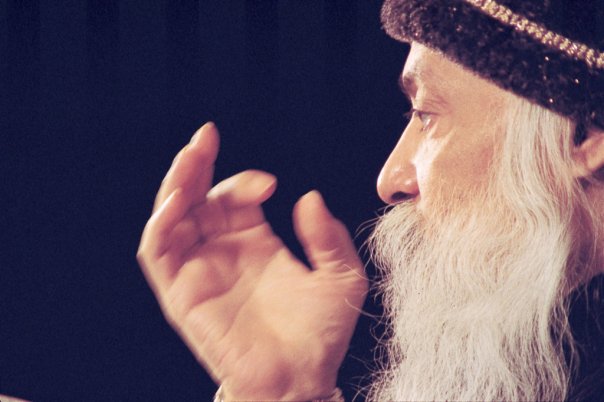 Osho – The only problem is the ego, but it creates thousands of other problems; it is the root cause. And I am not interested in pruning the leaves and the branches — cut the root — because that is a futile effort, cutting leaves and branches; they will grow again. And all the religions have become too much concerned with the leavres and the branches, and by cutting them nothing is going to happen.

The problem with the roots is that they are always underground; you cannot see them. And that’s how ego is, it is always underground. You see greed, you see anger, you see sex, you see ambition; these are all above the ground. Jealousy, possessiveness, domination, they are all above the ground. But they are only symptoms. And never treat the symptoms — cut the root, go to the very root, and then in a single blow life can be transformed.

The ego is a false entity. It is an invented centre which exists not. It is a cheap way to create some identity. To discover the real centre needs courage, needs deep meditation, needs inner searching, a soul-searching. So people have found a short-cut: rather than finding the real centre they create a plastic centre. It is cheap, easy. That’s what ego is. Ego simply means you don’t know who you are, still you think you know.

This false knowing has to be dropped. It is better to accept that you don’t know; that is a first step towards truth. Dionysius calls it “agnosia”, a state of not-knowing.

Millions are living in the first state. Sannyas means moving to the second. And then the third comes or its own, you need not do anything. You just remain in the second, watching so that the first does not come in from some back door. Remain in a state of not-knowing, remain innocent, childlike, wondering about it all but not creating false knowledge to hide your ignorance, and the ego disappears.

The moment the ego disappears your real being reveals itself. And then there is light and then there is abundant life and then there is an infinity of love overflowing. By going beyond the ego one goes beyond both time and space and enters into the ultimate. Less than that cannot satisfy, less that that is not worthwhile. This is the goal for a sannyasin — the ultimate realisation of god or truth or nirvana.

Source – Osho Book “Just the Tip of the Iceberg”