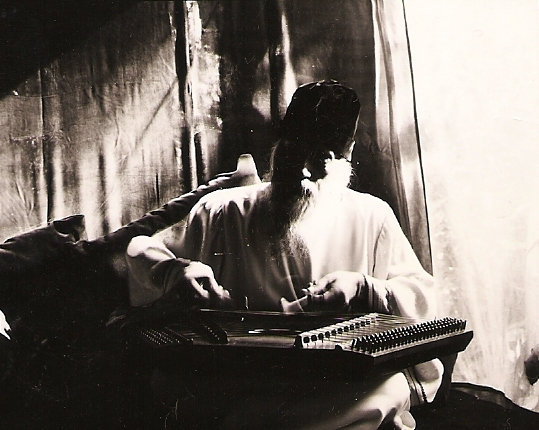 Question – Beloved Osho, in the west, the portrayal of woman’s body is used in films, books and magazines. This art form is known as ‘eroticism’. Through the sculptures of khajuraho and ajanta i have seen that a similar art form was there in the east. Can you talk about the difference between these two cultures in regard to the female body?

And in India and in the outside world, they are being misunderstood. After the country became independent, Mahatma Gandhi proposed that all these sculptures, all these temples should be sunk into mud. They would not be destroyed, so if Ronald Reagan comes to see, then you can clean it and show him – just for special people….

For example, there are thirty temples in Khajuraho. There were one hundred temples originally – Mohammedans have destroyed seventy temples, which are now ruins. The city was a city only of temples; people just used to come to see the art. One hundred temples must have been built in thousands of years by thousands of artists continuously working on stone – generation after generation may have died working on it.

And they have created the most beautiful bodies in stone. In Khajuraho stone speaks, sings, dances; it is not dead. You can see that the artist has succeeded in transforming the dead stone into a living form. It looks so alive that any moment the statue may walk towards you and say, ”Hello.” And hundreds of statues….

These statues were not to satisfy your repressed sexuality. On the contrary, they were used as a tantrica method to release the repressed sexuality just by meditating on these naked statues. The method was simply to sit there in silence – only a dim light reaches there, and hundreds of statues surround you.

It is the greatest psychological method invented by the East. Nobody is told what is happening, and for years there is no need. Once the master sees, and once you see that you are sitting there and nothing happens, it is as if the walls are empty – when you are absolutely certain that they don’t affect you – that is a signal: ”Now it is time, you can go inside. Now the door for the inner, for the interior is open.” All that was rubbish has been dropped – a cleanliness, a weightlessness, and a silence which is full of beauty and song….

Khajuraho or Konarak… these are not pornographic. They are devices for meditation. What is happening in the West is simply pornography, obscene. It does not help man to get rid of it, but simply gives him a temporary relief. The pornographic literature, photography, are all helping you to stay normal; otherwise, you will go mad.

So I don’t think there is any harm when somebody reads PLAYBOY hiding it inside the BIBLE. What he is seeing in a pornographic magazine brings up his own unconscious. This was used as a meditation technique in Khajuraho. In the West it is used to create more thirst for the same sexuality which has been aroused by the pornographic magazine, by blue films, by naked dances and striptease. The same method was used to transform your energy into spirituality.

In the West it is used to provoke more sexuality, more sensuality. And then there is a kind of insatiation – almost all painting has gone pornographic, all the movies repeating almost the same stories, the same plot, the same triangle: two women, one man; or two men, one woman, a simple structure – the same story. What attracts people to it? It is not great appreciation for literature!

What attracts is that in the story – needed for the story or not needed – they go on putting your suppressed needs, desires. It is a kind of relief. But tomorrow you will be repressing again, and again you will need the same kind of photography, the same dance. This way you will never be able to enter into the temple. In fact, pornography in the West has no idea that it is the outer wall of the temple. The East has used every fragment of human nature for a greater change, a mutation, to bring something higher in you of which you are capable but unconscious.