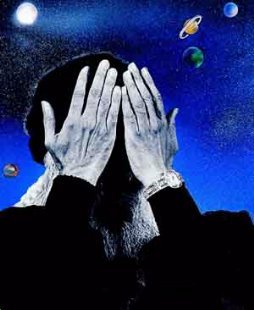 [A sannyasin says that he feels a failure ‘cos he hasn’t got ‘a nice girl’.]

Osho – There is no problem as far as your energy is concerned — the whole problem is in your mind. The way you have been thinking in your past has become a rut. It is not that you are a failure; it is the constant repetition that you are a failure that has hypnotised you. It is an auto-hypnosis.

Now you are afraid to succeed in anything, because if you succeed that will go against your whole ideology. That will prove that you were wrong — that will go against the grain, it will be against your ego. Now failure has become your trip. If you can fail, that will be your success. So you can say to the whole world, ‘Look, I have always been saying that I am a failure, that I am destined to be a failure — now see!’

There was a hypochondriac who had been torturing the doctors and the physicians and the psychoanalysts his whole life. He nad no real problem but that was his way of life; he could not live without problems so he was creating them. Wherever he would go, the doctor would say ‘There is no disease in your body so I cannot do anything.’ He would go to the psychoanalyst and he would say ‘There is nothing that can be done because there is no problem at all.’

He was very angry. He was feeling that everybody was against him, as if there was a conspiracy. But when he died people discovered under his pillow that he had a marble stone ready for his grave, and on the marble stone he had engraved this message ‘Now do you believe me?’

His whole life he was telling people that he was ill and this and that. ‘Now, am I dead or not?’ — that’s what he was asking. People can get into negative trips, remember. This is a negative trip… You have to drop it. Nobody can help you with it; you have simply to drop it. This is your life — if you want to live it in a negative way, you can. There is no problem in your energy at all. You can have a beautiful relationship, you can find a beautiful woman; there is no problem at all. In fact, you have starved yourself for so long that your honeymoon will be very long!

Just drop this idea. This is a stupid idea that has settled in you. But it settles in many people’s minds because of a wrong training in the childhood, because we don’t yet have a perfect way of bringing up children, that’s why.

Parents give their own diseases to the children. Maybe your father had the same idea and it became transferred to you. Maybe your mother had the idea or maybe they were worried that you might fail in your life; their very worry became your worry. Or maybe they were too interested in making you a success, a great success and from the very childhood they started giving you great ideals — that you have to do this and you have to do that, and again and again you felt that you fell short.

Because of the imagination man remains a failure, always a failure. Then children come; and the man is a failure, so he becomes worried whether his child is going to make it or not. He starts implanting great desires, ambitions in him, and from the very beginning those ambitions start creating difficulties for the child, because parents are hoping too much and the child starts seeing ‘This doesn’t seem to be possible — I am not that special. Nobody is that special. I am not going to make it, so better not to try.’ At least you can say ‘No opportunity was given to me.’

That’s my feeling about you: you have not been relating to women so that you can say ‘What can I do? No woman seems to be interested in me!’ Just to avoid a failure, you are creating this situation around you so that you are not responsible. Somehow life itself is against you. You don’t have a nice girlfriend because nice women don’t look at you…. But I don’t see any problem!

[The sannyasin answers: They do but… I just don’t want to go deep into it.]

Osho – But why? Then you want to fail! You don’t want to go deep into it because you are afraid — you may fail — so it is better not to go… At least you can say that no opportunity was ever given. There are many people who will not go through an examination so they can say that they never failed; they were never allowed any opportunity. If they go through the examination and fail, it goes against their ego.

These are the thousand and one complexities of the human mind. You have to go deep into a relationship, and when one goes, one has to go deep, wherever it leads. What is the fear? Life will be lost anyway, whether you love or not. You cannot live forever, so death will come. Death will not ask whether you have a nice girl or not? It will simply take you away, whether you have lived or not. You cannot say to death ‘This is unjust — I have not lived yet, I have not loved yet…’ Don’t postpone!

You may be afraid of rejection — if you approach a woman or go into a relationship, you may be rejected. But if you become afraid of rejection, you are already missing the opportunity. Yes, there is a possibility of rejection. Life is a risk, it is a gamble. But the joy is because there is the risk of losing, there is joy in winning. If you are bound to win there is no point.

I have heard about a prince who was a player of chess, a lover of chess. But he was very worried because whosoever would play with him…. It was a rule of his father that the son had to win, so he was always winning. Now what is the point of playing a game if you are always winning? If it is absolutely decided that you have to win and others have to fail, they have to lose, then the whole joy is lost.

He escaped from his kingdom because of his love for chess, went into another kingdom, became a common person, started playing chess. Now there was joy because now he had to fight. The other was not bound to lose; the other could win. Now winning was a challenge.

You are waiting there for somebody to come and knock on the door nobody will come. And even if somebody knocks on the door, you will not open the door because you will be so afraid. You have never been in a deep relationship, you have become accustomed to living alone; now somebody is there to disturb the whole thing. And you are not a born monk either, otherwise I would have said ‘Perfectly good!’ You want to have a relationship and you are afraid — whatsoever the reason. You have to drop that fear.