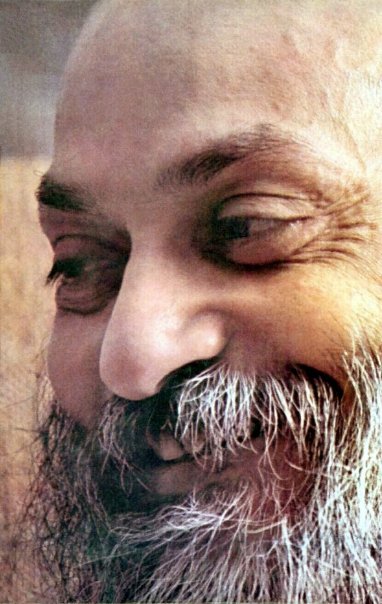 Question – What is the difference between being a fatalist and just floating, feeling everything is beautiful?

Osho – A vast difference, a lot of difference. And the difference is not of quantity, the difference is of quality. The fatalist is one who has not understood life, but who has felt failure. A fatalist is one who feels helpless, frustrated. In fatalism he seeks consolation. He says, “It was going to be so.” He’s trying so avoid that he has failed. It was going to be so, so what can he do? He is throwing the responsibility on fate, on God, on XYZ. “I’m not responsible, what can I do? It was written in my fate. It was predetermined, predestined.” He is saying, “I’m not responsible.” He has failed. In deep frustration he is trying to find some refuge, some shelter. Fatalism is a consolation.

And the other thing,’just floating, feeling everything is beautiful’, is not a consolation — it is an understanding. It is not fatalism; it is not failure; it is not helplessness. It is simply a deep insight into reality, as things are. It is to understand that you are a very small part of the cosmic whole. And you are not separate. You are one with the continent — you are not an island.

That is the meaning when the Upanishads say: AHAM BRAHMASMI — I am God. That is the meaning when Jesus says, “I and my God are one” — not fatalism, not settling in helplessness; rather, knowing the fact that we are one with the whole. Then your atomic tinyness disappears. You become cosmic…. JUST FLOATING,FEELING EVERYTHING IS BEAUTIFUL. Then it happens; then you just float; there is nothing else to do. The same energy that was trying to fight surrenders. Then you are not pushing the river: you simply float on the river, and the river takes you. The river is already going to the ocean. You are unnecessarily worried. You can simply Leave that responsibility to the river. Whether you leave it or not, it is already going.

Don’t fight, because in fight there is going to be frustration — in fight is the seed of frustration, and in frustration you will seek some way to console yourself. Then fatalism is born. If you don’t fight then everything is just beautiful. Why? Because then you don’t have any idea of your own to compare it with. Everything is beautiful for how could it be otherwise? You don’t have any conflict; hence everything is beautiful. If the river turns to the right, you turn to the right — beautiful. If the river turns to the left — perfectly beautiful, you turn to the left. If you have some idea and some goal, if you say, “I am a leftist,” then there is going to be trouble. When the river starts turning towards the right, you will say, “Now this is going too far; now I cannot surrender — I am a leftist.” Then you will start fighting against the river, and then the river will not be beautiful because your notion, your idea, your ideal, has come in.

Whenever ideology comes in, things become ugly. All idealists live in hells. Ideology creates hells. If you don’t have any ideology you have nothing to compare: you don’t have any criterion. Then whatsoever is happening, is happening — you have nothing to compare it with. Then wherever the river is going, that is the only way to go. Then one simply allows existence to have its own way. One never comes in the way; a deep let-go.

Once a man came to me, a very rich man, but very reluctant to accept the fact that he was not happy. People don’t accept that they are not happy. They are unhappy, but they won’t accept it because that is very ego shattering. They, and unhappy? Impossible.

I looked into that rich man. I see thousands of unhappy men, but he was rare — I have not found another so unhappy. And he had everything. And he tried to smile. The smile was absolutely false, painted, just on the lips, not coming from anywhere; not coming from the inner being; just mentally created, a facade, a trick of the mind. I immediately looked at the man and felt that he was so unhappy, but also unable to accept being unhappy. So I said to the man, “You look so happy. What are the reasons for your happiness?”

He looked surprised. He was never expecting that. He said, “What do you say — I, and happy?”
“Yes, I have never seen such a happy man. And that’s why I would like — enlighten me a little — what are the causes of your happiness?”

The man started enumerating, “I have so much money, a beautiful wife, children, palaces, cars, swimming pools, this and that.” But while he was enumerating, deep down, there was only hell and darkness. And he knew it, and he could not believe that he had deceived me. But still he was trying.

Why is man in such a plight? The whole world laughs. The trees laugh at you. You may not hear; you may be escaping; you may have become deaf. The birds laugh; the animals laugh. Something has gone wrong with man. What has gone wrong with him? Only one thing: the whole of nature is flowing and man is fighting. In nature the ego does not exist. Trees are there, but without any egos — only man is with the ego. And that ego is the whole hell.

That ego needs continuous fight, because it feeds on fight. The more you fight, the stronger your ego becomes. It is a fighter. That’s why surrender is so difficult. But unless you surrender you will remain in misery. Surrender is the door to bliss, to beauty, to truth, to love, to life, to God. Surrender is the door. And when I say ‘surrender’, I don’t mean that surrender has to be towards someone. That is just an excuse; because you cannot surrender unless you have someone to surrender to — that’s why someone is needed. Otherwise there is no need; you can simply surrender, and the door is open.

And it is so. But it is not fatalism. It is not an ‘ism’ at all. It has nothing to do with a faith or predetermination or any nonsense. It has simply something to do with the insight that I belong to the whole and the whole belongs to me; that I am in my home, I am not a stranger. And there is no need to fight.

I have heard about a Sufi mystic who used to pray and every day thank God. His disciples were worried. Many times they were very much puzzled, because sometimes it was okay to thank God because things were going well. But the man was absolutely unconcerned about things — sometimes when things were going very badly, then too he would give thanks.

One day it was too much: the disciples for three days were hungry and starving, and they were not given refuge in any town. They were thrown out. The people were very orthodox, and the master was a revolutionary, a very unorthodox, non-traditional man, unconventional, nonconformist; so no village would allow them even to have shelter in the night. And they were without food. On the fourth day, in the morning, when the master started praying, the disciples said, “Now it is going too far — he said to God,’How wonderful you are! You always give me whatsoever I need.’ ”

Then one disciple said, “Wait, one minute. Now it is becoming absurd. What are you saying.? Three days we have been hungry. We are dying; no shelter in any town, and you are thanking God that whatsoever you need he always gives!”

And the mystic started laughing, and he said, “Yes, for these three days we needed starvation; for these three days we needed to be rejected. He always gives whatsoever we need. For these three days we needed to be poor, absolutely poor. Whatsoever we need he always gives, and I am thankful.” And he started praying and thanking God and being grateful. If you are not fighting, then an understanding arises that everything is beautiful and whatsoever is needed is happening, whatsoever is needed for your growth. Sometimes poverty is needed; sometimes starvation is needed; sometimes illness is needed. In fact, I have not come across anything which is not a need sometimes to someone. If you understand, you accept. If you accept, you grow. If you reject, your whole energy becomes a wastage in fighting. The same situation could have been a growth — now it is simply a wastage, a leakage. Don’t be a fatalist, because in the first place don’t fight. If you fight and get frustrated, then fatalism enters in. In the first place, don’t fight.

One man came to me and he was in much trouble because he got married and he found a woman, as almost all people find, a very quarrelsome woman, continuously fighting and creating hell for him. He came to me and said, “Have compassion on me.” And he said, “I would like to ask one question. What would you have done in my place?”
I told him, “In the first place I would not have been in your place! Why should I be?”

A man who is floating, accepting, understanding, has no need of fatalism. In the first place he is not fighting, so there is no need to seek some consolation. Fatalism is the end of a wrong life, and the feeling of let-go is the beginning of a right life. They are vastly different, tremendously different, qualitatively different. Remember the difference, because it happens that you would also like to say good things about your failures. When you fail, you start saying, “Now I am in a let-go.” Don’t try to deceive yourself, because you are deceiving only yourself; the existence is not deceived. If you have failed, try to understand why you have failed. In the first place you started fighting, that’s why.

If you understand that, then even your successes will look like failures. They are. Sooner or later each success becomes a failure. It is only a question of time. What you call success is failure on the way. So if every man is given enough time to fight then success and failure will all disappear and everybody will become a fatalist. That’s why in old conditions, ancient conditions, fatalism exists — not in new countries. For example, in America fatalism does not exist. It is a child country, a baby country, just three hundred years of history; it is nothing. In India, fatalism exists:thousands and thousands of years of history, so old and so ancient that it has known all success, all failure; it has known all types of frustration. Now, finding no other way, it seeks consolation in fatalism.