Osho on Fearlessness – Most essential factor in search of truth 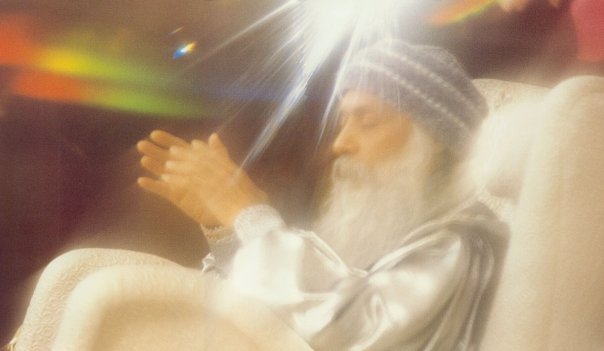 ”What is the most essential factor in search of truth?

Osho – I said: ”Courage – courage to know the reality in the self. To know oneself as one is, is most essential. That is very difficult. But without that there is no understanding of the truth. What else is the greater penance than knowing oneself without cover and in nakedness? But that is the price one has to pay for attainment of truth. From that only commences the desire of man for truth. Being true to the self itself is the manifestation of the intense thirst for truth. How can he, who binds himself to the shore of falsehood, row his boat across the sea of truth?

The shore of falsehood will have to be given up. That shore itself is an obstacle to travel to the truth. That shore itself is the bondage. True, there is safety on that shore and the very desire for safety is the fort of falsehood. In our travel to the truth there should be no love for safety. On the other hand, there should be the unbeatable courage to discover the unknown. He who does not possess the courage to be unsafe, cannot discover the unknown. Without accepting the challenge of being unsafe, no one can either throw off the artificial covers nor can he be free from those convictions which he has put on for safety.

Is it not for the sake of safety that we appear what we are not? Are not all these deceptions merely our plans for safety? What are all these civilizations and cultures of ours?The proud looks like the humble; the greedy looks like the renouncer; the exploiter indulges in gifts; a killer has taken up the cover of non-violence; and the minds filled with hatred talk the language of love. This self-deception is very easy. When has acting in dramas been difficult? Then, in the market of culture, the good looking toys have always been sold at cheap rates; but may it be remembered that a bargain which is cheap on the surface proves very costly in the long run, because he who hides himself among the toys gets away and away from the truth.

Between truth and himself an unbridgeable gulf is created, because his soul is always afraid of loosing its cover. Then he goes on hiding himself: covers over covers and masks on masks. Falsehood does not come alone, its armies come with it for its protection. Such a net of falsehood and fear spreads out that it becomes impossible to lift our eyes above it. And how can a person, who suffers from the fear of losing his own artificial masks, muster strength to uncover the vessel containing the truth? That power is gained only by the courage to uncover himself.

A fearful mind is the enemy of the vision of truth. Who is the friend in that direction? Fearlessness is the friend; and fearlessness of mind is gained only by him who himself can lay bare the truth about himself and becomes free from fear. Fear keeps on increasing by covering the self and the soul becomes powerless. But if you uncover yourself and see, then fear gets drowned in the light of that knowledge and you discover new and several sources of power. It is this that I call courage; the power to uncover the self and to know it is courage. That is unavoidable for the attainment of truth. That is the first step towards Brahma.

There is a very interesting story: – A young man reached the hermitage of Rishi Haridrumat Gautam. He wanted to know the truth. He had a desire to know the Brahma. He placed his head on the feet of the Rishi and said, ”Oh; Teacher, I have come in search of truth. Be kind to me and teach me the knowledge of Brahma. I am blind and I want light.”

The name of that young man was Satyakama.
The Rishi asked him: ”Son, what is your Gotra? Who is your father? What is his name?”

That young man had no knowledge of his father. Nor did he know his gotra. He went to his mother, asked her and returned. And what his mother told him he repeated to the Rishi. He said: ”Oh! god! I do not know my Gotra. Nor do I know my father. My mother also does not know my father. I asked her, and then she said that in her youth she was playing with many respectable persons and used to please them. She does not know from whom I was born. The name of my mother is Jabali. Therefore I am Satyakama Jabal. This is what she has asked me to tell you also’!.

Haridrumat was very much moved by the simple true story. He embraced that young man and said: ”My dear, you are definitely a Brahmin. So much faith in truth is the very symptom of a Brahmin. You will definitely be able to find the Brahma because to him who has the courage to be true to himself, truth itself will come searching at his doors”.