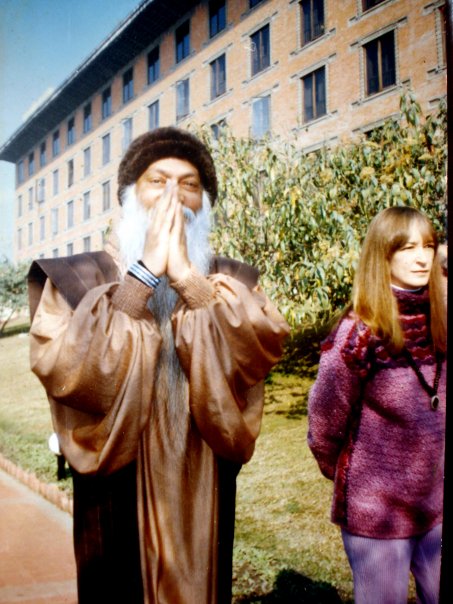 Question : YOU, BUDDHA, JESUS, ETC. ARE ALL MEN. YOU SAY WOMEN ARE CLOSER TO NO-MIND. WHY DID YOU CHOOSE A MAN’S BODY? WHY ARE THERE NO WOMEN MASTERS?

Osho : It is from Deva Chandan – of course, a woman who belongs to the lib movement. It is significant. The question has to be understood. It has never been so in the past – that a woman was ever a great Master – and it will never be so in the future either. The reason is that the feminine mind, by its very nature, is not aggressive.

let me tell you the anecdote. A priest was in a hospital for an exploratory operation to determine the cause of the abdominal pains from which he had been suffering. In the hospital, at the same time, a young unwed girl came and gave birth to a baby boy which, she explained to the doctor, she did not wish to keep.

The quick-thinking physician approached the priests bed as he awoke after the operation and explained to him that a miracle had occurred: God had given him a son. The priest, at first shocked, took the baby boy in his arms and bowed his head in prayer, thanking God for the miracle. What else to do?

Many years passed. The priest and boy were living together as father and son. The time came for the boy to leave home to go to college. The night before his departure, the priest approached the boy and chokingly said, ‘My son, I have a terrible confession to make to you.’ The puzzled boy looked up as the priest continued to speak. ‘I have always led you to believe that I am your father. Well, my son, it is not true. I am your mother. The bishop is your father.’

The Master-disciple relationship is a man-woman relationship. You may not have looked at it that way, but try to look at it that way. The disciple is receptive, the disciple is a womb. That’s why it is very difficult for males to become disciples – some reluctance, some resistance, some fight, some ego continues. it is very difficult for a man to become a disciple.

The greatest disciples have always been women: Mary Magdalene was the greatest disciple Jesus had. But she could not become an apostle, she could not become a Master. Yes, Buddha was also surrounded by beautiful, tremendously capable women. Mahavira was surrounded: Mahavira had forty thousand sannyasins – thirty thousand women, ten thousand men. The proportion has always been so.

Four disciples come – three are women, one is a man. And that one man is not very reliable: he may have come for the women, he may not have come for the Master. That danger always exists. But the greatest Masters have always been men. Now this is a paradox, but this is how it is – because a Master has to go out in a thousand and one ways, to work on you.

A Master has to move out – to help you, to hold your hand, to protect you, to shock you, to drag you into the unknown, to push you. He has to do a thousand and one things which are aggressive; that’s why. It has nothing to do with the male-oriented society. Even in the future, when all equality has been established absolutely, man will be the father, and woman will be the mother. And miracles don’t happen.