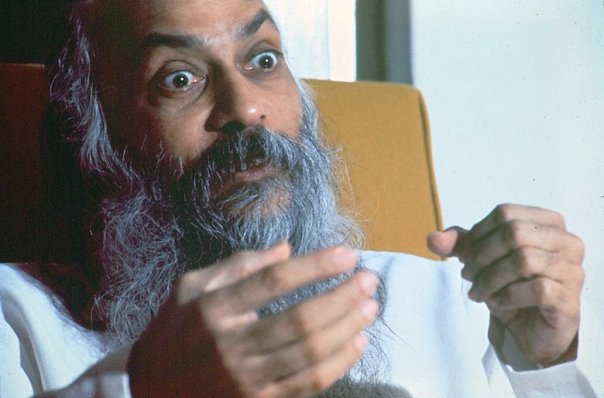 The periphery comes from the society. That’s why we say that a sannyasin goes beyond society. Not against society, beyond society. Now he follows his own innermost center; he’s not following anyone else. All orders from others are meaningless now. You have found your own inner being, and now that being can direct you. That being is infinitely stronger and wiser than thyself. The ’you’ on the periphery is a weakling; the ’you’ at the center is infinitely potent. The ’you’ on the periphery is just a worldly thing; the ’you’ at the center is God himself.

What is good for a Hindu may not be good for a Jain. No matter what you say is true, the contradictory is also true somewhere; it is not absolute. Now that we have become aware of the whole complexity of the human conscience we know that your conscience is just a social product. So many societies exist together that the inner policeman has become weak.

You will be good, naturally good. You will not become a thief – not because society says, ”Don’t be a thief,” but because you cannot be. You will not kill because it is impossible. You love life so much now that violence becomes impossible. It is not a moral code; it is an inner direction. You affirm life, you revere life. A deep reverence comes to you, and through that reverence everything follows.