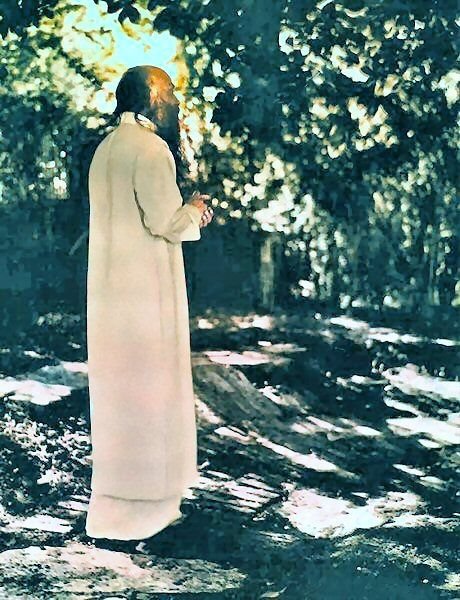 The body is the first step for a seeker – but no attention or thought has been given to it. Not only at certain times, but for thousands of years, the body has been neglected. The neglect is of two kinds. Firstly, there are the indulgent people who have neglected the body. They have no experience of life other than eating, drinking and wearing clothes. They have neglected the body, misused it, foolishly wasted it – they have ruined their instrument, their veena.

They have tortured the body, they have suppressed it and they have been hostile towards it. And neither the people who have indulged the body nor the ascetics who have tortured the body have understood its importance. So there have been two kinds of neglect and torture of the veena of the body: one by the indulgers and another by the ascetics. Both have done harm to the body. In the West, the body has been harmed in one way and in the East, in another way, but we all are equal participants in harming it.

A few things need to be understood. The first thing: the soul has a connection with the body at some centers – our life energy comes from these connections. The soul is closely related to these centers; from them our life energy flows into the body. The seeker who is not aware of these centers will never be able to attain to the soul. If I ask you which is the most important center, which is the most important place in your body, you will probably point to your head.

The brain is the flower on the plant of man, it is not the root. Roots come first; flowers come last. If the roots are ignored the flowers will wither away because they have no separate life of their own. If the roots are taken care of, the flowers get taken care of automatically; no special effort is needed to care for them. But looking at a plant it seems that the flowers are the most important part and in the same way it seems that, in man, the brain is most important. The brain is the final development in man’s body; it is not the root.

Mao Zedong has written a memoir of his childhood. He wrote, ”When I was small, there was a very beautiful garden near my mother’s hut. The garden was so beautiful, it had such beautiful flowers, that people from distant places used to come to see them. Then my mother became old and fell sick. She was neither worried about her sickness nor about her old age. Her only worry was about what would happen to her garden.”

Mao was young. He said to his mother, ”Don’t be worried, I will take care of your garden.”
And Mao took care of the garden, working from the morning till the evening. After one month his mother got better, and as soon as she could walk a little she came into the garden. Seeing the condition of the garden she was shocked! The garden was ruined!

All the plants had dried up. All the flowers had withered and fallen away. She became very much disturbed and said to Mao, ”You idiot! You were in the garden the whole day. What did you do here? All these flowers are destroyed. The garden has withered away. All the plants are about to die. What were you doing?”

Mao started crying. He himself was troubled. Every day he used to work all day, but for some reason the garden went on drying out. He started crying and he said, ”I took great care. I used to kiss each flower and love it. I used to clean and wipe off the dust from each and every leaf, but I don’t know what happened. I was worried also, but the flowers went on withering away, the leaves went on drying out and the garden went on dying!”

But by emphasizing these two parts the society so formed is continuously being ruined every day, because neither of these parts are the most important part in a human body. Both are very late developments. Man’s roots are not in them. What do I mean by the roots of man? Just as the plants have roots in the earth from which they draw their life-energy and life juices and live, similarly, in the human body, there are roots at some point which draw life-energy from the soul. Because of this the body remains alive.

The day those roots become feeble, the body begins to die. The roots of plants are in the earth; the roots of the human body are in the soul. But neither the head nor the heart is the place from where man is connected to his life-energy – and if we do not know anything about those roots then we can never enter the world of a meditator.

Then where are the roots of man? Perhaps you are not aware of the place. If even simple and common things are not given any attention for thousands of years, they are forgotten. A child is born in the womb of a mother and grows there. Through which part is the child connected to its mother?

The most important point in the human body is the navel. After that the heart develops and after that the brain. These are all branches which develop later. It is on them that the flowers blossom. Flowers of knowledge blossom in the brain; flowers of love blossom in the heart. It is these flowers which allure us, and then we think that they are everything. But the roots of man’s body and his life-energy are in the navel.

No flowers blossom there. The roots are absolutely invisible, they are not even seen. But the degeneration that has happened to human life in the past five thousand years is because we have placed all our emphasis either on the brain or on the heart. Even on the heart we have placed very little emphasis; most of the emphasis has gone to the brain.

And we have no access to the place where the roots are; of that place we have no awareness. From early childhood, all training, all education is of the brain, of the mind, so our whole attention gets entangled and ends up focused on the brain. Then for our whole life we wander around the brain. Our awareness does not ever go below it.

The journey of a meditator is downwards – towards the roots. One has to descend from the brain to the heart, and from the heart to the navel. Only from the navel can anybody enter into the soul; before that, one can never enter it.