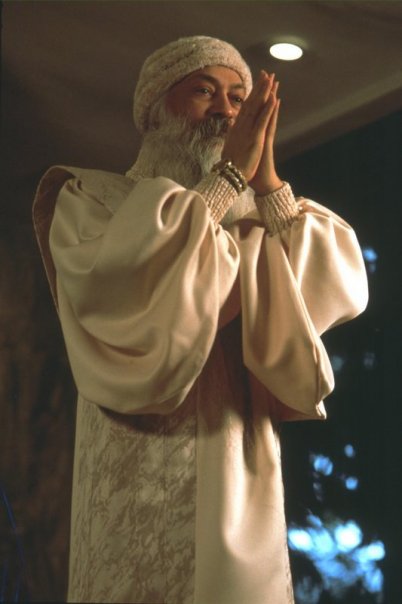 Question – I have been a hindu monk for seven years. I had been told to be a celibate, so i forced it upon myself. It was very arduous but somehow i succeeded, at least physically, in it. But then the whole thing went into my head. Now i constantly think of sex and nothing else. I am imprisoned in it, and whenever i see a woman i start trembling inside. Beloved master, please help me to come out of it.

Osho – It is natural. This is not the way to get beyond sex. Repression is never the way; repression really makes things more complicated. Sex is simple. Repression makes it very complicated, because repression shifts the whole sexual energy from the genital organs to the head. And when sex has entered into the head, it is an ugly phenomenon. It is not sex, it is sexuality. It is pornography.

When sex has entered into your head you are creating your own private pornographic blue films. That’s why you are afraid of a woman. The moment you see a woman, fear arises, because all that you have repressed is there like a volcano, and you are sitting on top of it. It can explode. The woman can be the triggering point; she may be like a spark, and you may explode.

You have become very inflammable, you are carrying a great dangerous energy. Sex is beautiful, lived naturally; repressed, it becomes ugly and moves into the head. And when sex moves into the head, there is no way of getting out of it. You can get out of it only by going through it: the way out is THROUGH.

You are fortunate that you have come here, otherwise your Hindu monkhood would have destroyed you totally. All monks become sexual, more sexual than ordinary people. Their whole thinking centers around sexuality. And remember, whenever some energy moves from its natural center to some other center, then things are very difficult. First your energy has to be brought back to the sex center.

That’s the whole process of Tantra. Your energy has to be brought to the natural center where it belongs. From the unnatural center there is no possibility of release. But this happens: when you repress something where will it go? Only your head has some empty space, only in your skull is there emptiness. So whatsoever you repress is bound to go, slowly slowly, to the head. The pressure will be felt only as a tension in the head.

And the more it is there, the only way that will be suggested by your so-called teachers – Muktanandas, et cetera – will be: Repress it more. And they will give you methods to repress it more: go on a fast, stand on your head… It will go more into the head if you stand on your head! Even gravitation will pull you towards your head. And you will get into more and more difficulty.

It was an exciting moment: the two friends’ wives were going to give birth on the same day and at the same hospital. The doctors came and told the first man, who was Jewish, that he had a new baby son and that there were no complications. Within minutes the doctor came again, telling the second man that he too had a new baby boy, but the boy had a skin problem around his neck and they would need to do a skin graft.

The first man asked the doctor, ”Tell me, would the skin from my son’s circumcision be helpful?” The doctors thought it a great idea and the graft was performed and things turned out beautifully – not even a scar.

Having moved to separate cities, the two friends hadn’t seen each other for over eighteen years when they met at a restaurant while each was vacationing in Miami Beach. Enthusiastically they exchanged stories. Finally, the Jewish man asked, ”Have there been any problems with your son’s neck?”

”Nothing to speak of,” said the other. ”With the exception of one mysterious thing – even the doctors cannot figure it out. Every time my son sees a pretty girl, he gets a stiff neck.”

Now it is very difficult! No doctor can help now, unless further surgery is done. Your seven years of monkhood have done it: you are getting a stiff neck! But you have come in time, we will do the surgery. Don’t be worried; we will teach you how to stand on your feet and not on your head, and we will teach you that each center has to function normally in its own way; no other center has to interfere.

I would also like you to go beyond sex, because going beyond sex is a tremendously beautiful experience of freedom – freedom from the body, freedom from that continuous obsession. When sex really disappears, without any repression, when it disappears through meditation, for the first time it gives you the taste of total freedom. You don’t need anybody any more; you are out of the grip of biology.

In fact when sex has disappeared you become a man for the first time, because with sex you remain part of the animal world. But the way to go beyond is through it: you cannot bypass it, there is no shortcut. So drop your monkhood, your celibacy, and drop all the nonsense that has been fed to you. Start from ABC again, because this is a NEW sannyas: this has to be a new birth. Forget all that has been conditioned into you.

Seven years is a long time, and to be with the wrong people, to be with poisoners for seven years, is to be conditioned by them in a particular way. It will be difficult for you to drop it, but it has to be dropped. And if you have understood that those seven years have not helped you at all, then there is no problem. If you have understood, don’t cling to those ideas, simply drop them. Forget all about it, start again. Be a simple, ordinary human being.

But live it, and live it totally – that’s the only way to go beyond it. No repression any more, no inhibition any more. Accept is as a gift of God – it is. And if you accept it, you will become ready to receive more gifts, better gifts.