Osho on Free Will – How to see What is My will and God’s will? 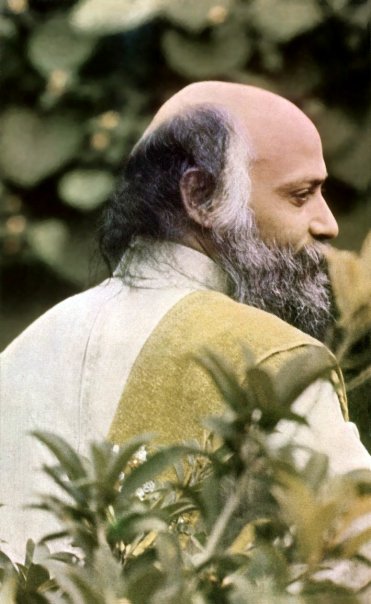 Question – How to see what is My will and God’s will?

Osho – There is a Chinese saying: Man is a puppet when he acts, a poet when he describes. All that you think is your freedom is nothing but your poetry. An unconscious man cannot be free, cannot have any freedom. Freedom comes as a consequence of consciousness, freedom is the function of consciousness. An unconscious man exists like a machine, like a robot. You may not know, but you are continuously functioning as a robot.

A parable: Once upon a time there was a magnet, and in its close neighbourhood lived some steel filings. One day two or three little filings felt a sudden desire to go and visit the magnet, and they began to talk of what a pleasant thing it would be to do. Other filings nearby heard their conversation, and they too became infected with the same desire. Still others joined them, till at last all the filings began to discuss the matter, and more and more their vague desire grew into an impulse.

‘Why not go today?’ said one of them; but others were of the opinion that it would be better to wait till tomorrow. Meanwhile, without their having noticed it, they had been involuntarily moving nearer to the magnet, which lay there quite still, apparently taking no heed of them. And so they went on discussing, all the time insensibly drawing nearer to their neighbour. And the more they talked, the more they felt the impulse growing stronger, till the more impatient ones declared that they would go that day, whatever the rest did. Some were heard to say it was their duty to visit the magnet, and that they ought to have gone long ago.

And while they talked they moved always nearer and nearer, without realizing that they had moved. Then at last the impatient ones prevailed, and with one irresistible impulse the whole body cried out ‘There is no use waiting. We will go today. We will go now. We will go at once. ‘ And then in one unanimous mass they swept along, and in another moment were clinging fast to the magnet on every side. Then the magnet smiled — for the steel filings had no doubt at all but that they were paying that visit of their own free will.

But you go on believing that you have your will, you go on believing that this is your choice. That you have chosen this woman to be your wife. Think about it again, remember this parable. Have you chosen this woman? Or was it just an accident? Have you chosen? Was there really any choice in it? Or had you been a victim of a certain impulse called love? Was it possible for you not to choose? Was it your decision? Then you will see that it has not been so. Whatsoever has happened in your life has happened more or less accidentally. And don’t laugh at those iron filings — that is the situation of humanity.

One thought on “Osho on Free Will – How to see What is My will and God’s will?”