Osho on Freedom, Osho on Meaning of Freedom 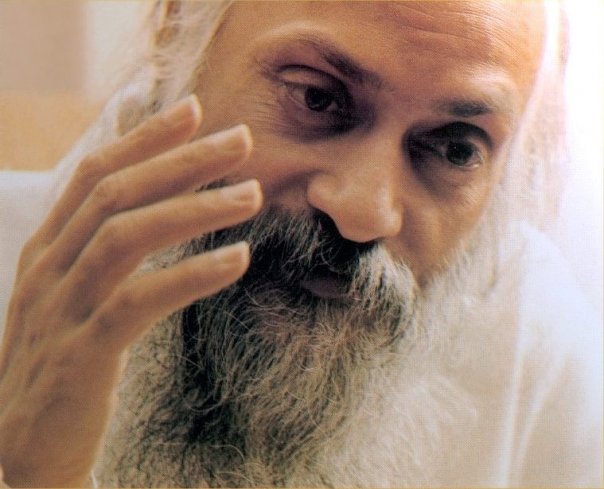 Osho : There is a very old story about an ascetic who was doing sadhana in a dense forest. He was sitting with closed eyes and was praying to God continuously. He wanted to gain heaven. Hunger and thirst did not worry him.

A very poor young woman used to come to that forest to collect firewood. Out of kindness and consideration for the ascetic she used to pluck some fruits, bring water from the pond in cups made of leaves, and she used to put them near him. The ascetic was able to sustain himself on these things.

Gradually his asceticism became even more intense. He forgot about hunger and thirst and he neither touched the fruits nor the water. That poor young woman felt very unhappy and sad about this but there was no way out. Lord Indra also became worried and said that this person is going beyond the limits: does he intend to get hold of the throne of heaven? It is absolutely necessary to disturb his sadhana.

It was not very difficult to do so because Lord Indra knows the mind of man. A breeze came from heaven and turned that poor dark, ugly, young woman into a stunning beauty. It seemed as if a ray came down from heaven and turned her ordinary body into a golden one. As she was filling water for the ascetic from the pond, she saw her reflection in the water and just could not believe that she was looking like a fairy. She became fascinated by her own reflection.

She continued to look after the ascetic. Then one day the ascetic opened his eyes and told the young woman that he wanted to leave that place and go to other mountains as he has to tread on a more difficult path; he cannot rest till he has conquered heaven itself.

The young woman started crying, tears fell from her eyes. She said, ”What wrong have I done that you are stopping me from serving you? I have never asked you for anything.”

The ascetic thought and he looked at her face. He had never seen such a beauty – not even in his dream! The woman looked familiar and unfamiliar both. The outlines were just the same but now there was a glory in it. The body and the features were the same but they were radiant now.

She was like the forgotten melody, played again on a flute by some musician. The ascetic sat down and closed his eyes again. He did not go. That night the young woman could not sleep because she felt happy at her victory and also repentant for polluting the sadhu. She was happy that she had won but felt unhappy for being an obstacle in the path of the ascetic. She felt sorry that because of her he could not continue the journey upwards.

She could not sleep at night. She cried and she laughed. In the morning she took the decision. She touched the feet of the ascetic and told him, ”I have to go. My family is going to another village.”

The ascetic blessed her so that she would be happy wherever she lives, and the young woman went away. After many years the asceticism was complete. Lord Indra himself came down, bowed and said, ”The doors of heaven are open to welcome you.”

The ascetic opened his eyes and said, ”I do not want heaven.”
Indra was very surprised. He could not believe that any human being can say that he does not want heaven. Then Indra thought that maybe this ascetic has the desire of attaining liberation. So he asked, ”Do you want liberation?”

The ascetic said, ”What will I do with liberation?” Lord Indra was highly impressed by this attitude. He thought to himself that this is the height of asceticism – even the desire of attaining liberation is not there. So out of regard he wanted to bow down in front of that ascetic but before doing so he said, ”But there is nothing beyond liberation. What else do you want?”

The ascetic replied, ”Nothing except that young maiden who used to collect wood in this forest. I want her!”

Do not laugh. This is the weakness of man. Do not laugh, but think over it, because the gravitation of earth is so strong! Do not think this story to be just a story; this is the whole agony of the mind of man. And do not think that this alternative was only before that ascetic, that it was only he who had to choose between the young woman and heaven. You also have the same alternatives. In fact everyone has the same alternatives: either you choose the pleasures which are transient or you choose the eternal.

Either you lose the eternal for the transient or you dedicate the transient to the eternal. And of course most of the people will choose what that ascetic chose. Do not think that you have done anything different. Whether Lord Indra has stood in front of you or not, whether someone has given you the alternative of heaven and earth or not, the fact is that the alternative is always there for you. And when you choose the one you miss the other.

One whose eyes are filled with the intoxication of the earth remains deprived of the heavenly awareness. The heavenly gold cannot shower on the hands full of earthly dust; heaven can shower only if the hands are empty. The divine can descend only if you are empty within.

If you are filled with some infatuation the throne of your soul is already occupied. Then do not say that the divine has been unfair to you – this was your choice. Do not blame the divine if you do not find him – it means that you have not chosen him yet, because whenever someone chooses him, he finds him immediately. It does not even take one second. But if you yourself do not want him, then the divine will not force himself on you.