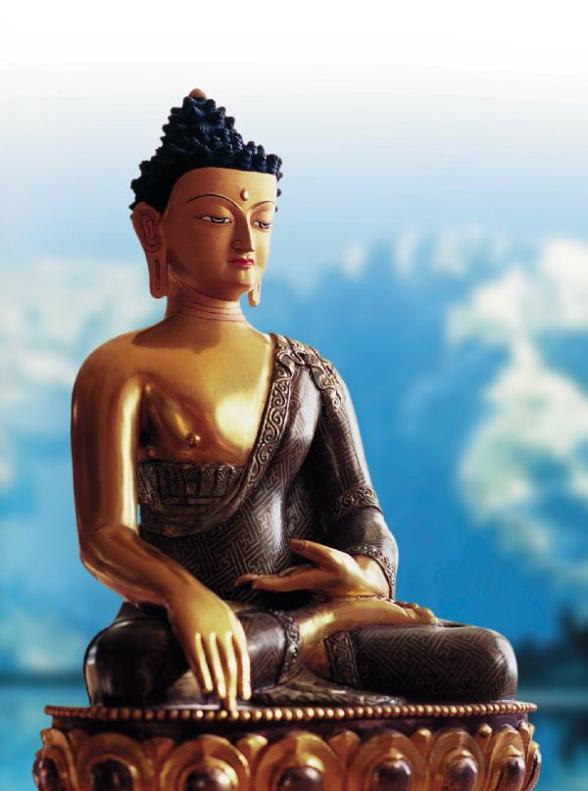 Osho : He was very rational, but he had very irrational gaps. He was at ease with the irrational also. The concept we have of Buddha is not really of Buddha, but of the traditions that followed. Buddha was an altogether different thing. Because we cannot do otherwise, we have to go through Buddhists to reach Buddha. They have created a long tradition of two thousand years, and they have made Buddha very rational. He was not so.

You cannot be if you are deep into existence. You have to be irrational many times – and Buddha is! But to know this, we have to put aside the whole tradition and encounter Buddha directly. It is very difficult, but it can happen. If I am talking to a rational person, unconsciously he discards all that is not rational. But if I am talking to a poet, the same sentence and the same words signify something different. A rational man cannot look at the poetry of the words.

He can look only at the logic, the argument. A poet sees the words in a different way. The words have a shade of color, a poetry that is not connected at all with any argument. So the faces of Buddha differ according to the person who is seeing him. Buddha existed in India in a period when the whole country was going through a crisis of everything irrational: the VEDAS, the UPANISHADS, the whole mysticism. The movement against all this was very great, particularly in Bihar where Buddha was.

Buddha was charismatic, hypnotic. People were impressed by him. But the interpretation of Buddha was bound to be rational. If Buddha had lived at another time in history, in a part of the world that was not against mysticism, he would have been seen as a great mystic, not as an intellectual. The face that is known belongs to the history of a particular time. As I see Buddha, he was not primarily rational. The whole concept of nirvana is mystical.

The UPANISHADS talk about liberation, but you will be there. Otherwise, the whole thing becomes nonsense. If I cannot be in that ultimate state of existence, then the whole effort is useless, illogical. Buddha said the effort is to be done – and you will not be there. It will just be nothingness. The concept is more mystical.

One thought on “Osho on Gautam Buddha Rational Mind”