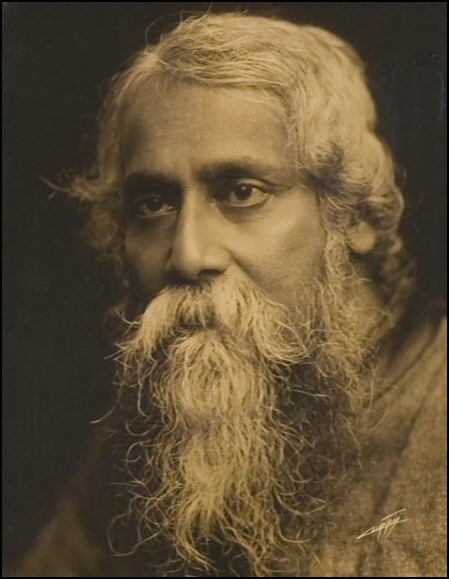 In India it was available for at least fifteen years. But unless a book meets the international standards of language and gains international appreciation, it is difficult for it to get a Nobel prize. Rabindranath himself was a little worried, because he translated it and to translate poetry is always a very difficult affair.
To translate prose is simple; to translate poetry is immensely difficult, because prose is of the marketplace and poetry is something of the world of love, of the world of beauty, of the world of moon and stars. It is a delicate affair.
And every language has its own nuances which are almost untranslatable. Although the poet himself translated his own poetry, he was doubtful about the translation. So he showed it to one of the Christian missionaries, a very famous man of those days, C.F. Andrews — a very literate, cultured, sophisticated man.
Andrews suggested four changes. He said, “Everything else is right, but in four places it is not grammatically right.”
So Rabindranath simply accepted his advice, and changed those four places. In London, his friend, the Irish poet Yeats, called a meeting of English poets to hear the translation of Rabindranath. Everybody appreciated it. The beauty of it was something absolutely new to the Western world.
But Yeats, who was the most prominent poet of England in those days, said, “Everything else is right, but in four places it seems that somebody who is not a poet has made some changes.”
Rabindranath could not believe it. He said, “Where are those four places?”
Yeats pointed out the four places exactly.
Rabindranath said, “What is wrong?”
He said, “There is nothing wrong, they are grammatically correct. But poetically… whoever suggested them is a man who knows his grammar but does not know poetry. He is a man of the mind but not a man of the heart. The flow is obstructed, as if a river had come across a rock.”
Rabindranath told him, “I asked C.F. Andrews; these are his words. I will tell you the words that I put there before.”
And when he put his words in, Yeats said, “They are perfectly right although grammatically wrong. But grammar is not important. When it is a question of poetry, grammar is not important. You change it back, use your own words.”
I have always been thinking that there are ways of the mind, there are ways of the heart; they need not be supportive of each other. And if it happens that the mind is not in agreement with the heart, then the mind is wrong. Its agreement or disagreement does not matter. What matters is that your heart feels at ease, peaceful, silent, harmonious, at home.
We are trained for the mind, so our mind is very articulate. And nobody takes any care of the heart. In fact, it is pushed aside by everybody because it is of no use in the marketplace, it is no use in the world of ambitions, no use in politics, no use in business.
But with me, the situation is just the opposite — the mind is of no use. The heart…. Everything happens, just your heart has to be ready to receive it.
Everything comes, but if your heart is closed…. The secret laws of life are such that the doors of your heart will not even be knocked on. Existence knows how to wait; it can wait for eternity. It all depends on you. Everything is ready to happen any moment. Just open all your doors, all your windows, so that existence can pour into you from every side. There is no other god than existence, and there is no other paradise than your very being.
When existence pours into your being, paradise has entered into you — or you have entered into paradise, just different ways of saying the same thing. But remember: nothing is expected of you.
Pin It

One thought on “Osho on Gitanjali, Rabindranath Tagore Gitanjali”