Skip to content
Christianity and Christ Osho on God 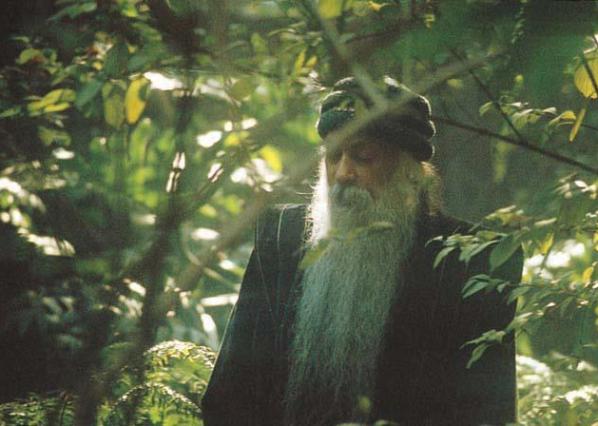 Osho – ONCE UPON A TIME, two explorers came to a clearing in the jungle. It was a beautiful place — thousands and thousands of flowers were blossoming. One of the explorers said, “There must be a gardener tending these flowers, looking after this plot.” He was a believer.

The other disagreed and said, “I don’t see any gardener here. I don’t even see anybody’s footprints. And there seems to be no point in making such a beautiful garden in such a dense and deep forest. Who will come to look? Who will enjoy these flowers? Nobody ever passes by. No, there is no gardener. The whole garden is just an accident.” They argued. The second was a nonbeliever, a skeptic. But there was no way to decide who was right, so they pitched their tent and waited for seven days. No gardener ever appeared.

So they set a barbed wire fence up around the garden. They electrified the wires, they brought bloodhounds, and they patrolled day and night. But nobody ever entered. No shriek was ever heard from the shock of the electricity flowing in the wires. The bloodhounds never gave a cry. After seven days, the skeptic said. “Finished! Now it is proven beyond doubt that there is no gardener — visible or invisible.”

I was reading this parable. I liked it, because this is how the argument has been going on, on earth. Believers go on talking about an invisible God, skeptical minds go on disproving any possibility of it, and they both seem to be right. Or, they both are wrong. The argument never comes to a conclusion.

If you have an idea of God, you will never find Him. The very idea will become the barrier. Only those who have no idea of God come upon Him, or allow God to come upon themselves. If you have a certain idea, the very idea is going to be the wall, the brick wall, between you and the truth.

To me, God is herenow. All that you see is God. God is not something beyond; God is something within. Or, if you like paradoxes, you can call God the within beyond or the beyond within. But God is intrinsic, God is the innermost core of existence. Unless you start in the right direction, you will go on missing. Never believe in a God who is separate from His creatures and the creation. He is not, He cannot be. He is one with it: He is in it, He is it. Once this is understood, you start flowing; your whole life becomes a prayer.

That is the basic message of Jesus. That’s why he goes on saying that “God is my father.” It is a way of saying what I am saying to you. Between the father and the son, or between the mother and the child, there is a continuity. The father goes on living in the son; the mother continues in the child. The son is nothing but an extension of the existence of the father — an extended hand: as if the old body has become incapable of existing and is going to disappear, and the father has created a new body to live within.

When Jesus says, “God is my father,” he simply means that “I am continuous with Him; there has never been a separation. He is flowing in me: in my every cell He is flowing. Nowhere has there been a discontinuity.” That is the whole meaning of it, but he uses the word’father’ because he is talking to very simple, unsophisticated people. He is talking to real people, not to plastic people; he is not talking in a university. He is talking to real people — people who are alive. He uses the word’father’. And it is beautiful in a way, because unless religion becomes personal, it remains a philosophy. When religion becomes personal, it becomes life. Religion is something to be lived, not something to brood about. It is something that should become a milieu around you; it is something that should become a continuous breathing, continuous beating of the heart.

Religion is a way of life, a way of being. It has nothing to do with thinking. When Jesus says, “God is father,” he means this existence is not alien, this existence is a home. You can rest in it, you can rely on it; you need not be afraid. This is one of the most significant things to be understood, because modern man is so much afraid. Never before has that been so. Never before in the history of humankind has man been as afraid as he is now. Every day I go on talking to people about their problems, and almost always, deeply hidden somewhere, is fear. Whenever they come deeper to their being, other problems finally disappear. Only one problem remains: fear. Why is modern man so afraid? It has never been so before.

Something has happened, something that is like a catastrophe. Once God is not there in your consciousness, you will be afraid — because without God, existence becomes alien. Then you are not at home, then it is as if everybody is against you.

If God is not there, then existence becomes inimical. Not that it really becomes inimical, but it looks that way to you. It appears to you that it is inimical. Life looks just like a competition, a struggle to survive. Great jealousy surrounds you. Love disappears if there is no God; at-homeness disappears if there is no God. ‘God’ is just a symbolic word. It simply denotes an attitude: an attitude that “I am at home.” If God is the father, then the whole existence is your home. You can be at ease, there is nothing to fear — everything is in the hands of your father.

Religion is personal. The whole effort is to look at life as if it is a family. The tree, howsoever far away, is related to you; it is a relative. And the rock also… and the oceans also… and the moon and the stars also. Everything is related to everything else; you exist in a related family.

YOU are the fulfillment. But once you forget God, or you drop the idea of God — as modern man has done — suddenly you are alien. Suddenly you are never at ease. Wherever you move, you move like a stranger — amongst enemies, not amongst friends.

One friend of mine stayed with me. He was a vice-chancellor in a university — a very atheistic man. I always liked trees, and I always liked trees to be so close to the house that they almost touch it and cover it. People don’t like that because there is a danger that the tree may destroy the wall, may destroy the foundation. But to me it is worth it. Even if the building disappears, it is beautiful.

In the morning the friend looked around and he said, “What have you done? You are creating a jungle. Don’t you know that trees are enemies of man? ” He is right in a way, because trees have been constantly fighting with man, and man has been constantly fighting with trees. All the cities that you know were once forests. Man has destroyed the trees, cleared the ground, claimed it. But now if you don’t do anything about the trees for even twenty years, they will spread and take over the land again. They will destroy the buildings and the roads and everything.

So he said, “What are you doing? Trees are enemies.”
For the first time, I heard the idea. It is historically true, but existentially false; scientifically true, but religiously false. Scientifically, all of life is a struggle. Everybody else is fighting you, and you are fighting everybody else.’Survival of the fittest’ — it is murderous competition, c.ut-throat competition. Nobody is friendly. Even those who you think are friends are not friends, cannot be — scientifically.

A new child is born. Now he is a new competitor in the world; one more enemy will be there. He will breathe, and he will destroy much oxygen which you could have used. Now he will be using it. He will need space, he will need food; he will need water and this and that. Now there is one more enemy. Whenever a man dies, one enemy is dead. You can celebrate the fact. Now that much oxygen is free, that much food will be available — one competitor is gone. It is scientifically true. Ask Malthus.