Osho on greed for money – use money, but never be greedy 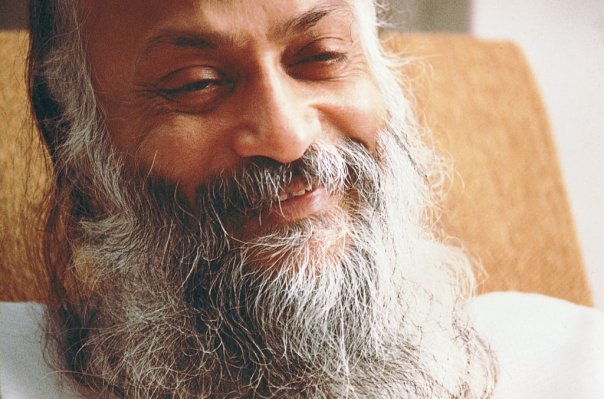 Question – my greed for money, to have money and to see that i am able to make money, what does it mean?

Osho – It simply means that you are greedy. There is no need to go into great philosophy about it. It does not mean anything else than what it means: you are greedy. And greed says that you must be empty, so you want to stuff yourself with something or other.

So you can become rich, but you will remain empty. Your treasure-chest may become full, but your heart will remain empty. Your bank balance will go on increasing, but your soul will not increase. In fact it may start decreasing — because each time you run after money you lose some soul. It is a great risk. By losing your soul you earn money; by destroying your inner purity, your inner virginity, you go on selling your inner for the outer. You go on exchanging. In the end you have piled up much money and many things, but suddenly you realize that inside you are a beggar.

The inner can be fulfilled only by the inner. I am not saying to renounce your money; that too is foolish. To continuously run after money is foolish, to renounce money is also foolish — because nobody can fulfill his inner emptiness with money, and nobody can fulfill it by renouncing money… because both are outside. Whether you accumulate any money or renounce, both are outside. That is not looking into the problem directly.
You are empty inside: something has to be done there. A prayer has to fill it, a meditation has to flower there — only God’s fragrance will be able to give you a fulfillment.

So I am neither for money nor against money. Money can purchase many things: all that is outside can be purchased with money, there is no problem about it. But money cannot lead you to the inner contentment… and that is the problem. You have to work for that.

My own observation is this: that the more money you have, the more is the possibility of becoming aware of the inner emptiness, because the contrast makes things very clear. A person who is poor inside and poor outside does not know his inner poverty.

That’s why poor people look more happy, beggars look more happy than rich people, than millionaires. Why? Because the beggar is poor in both ways: poor inside and poor outside. There is no contrast. It is as if you have written on a white wall with white chalk; you cannot read. A rich man has much richness around him, and just in the middle of it all is emptiness, poverty. Because of the contrast, it hurts. It is as if you are writing with white chalk on a blackboard; it comes clear and loud.

India was religious one day, when it was a golden bird — very rich — in the days of Buddha. It was the richest country of the world; the whole world was jealous. Then it was rich and religious. But whenever a country becomes religious, it starts becoming poor — because a religious person does not care about outward things.

When you don’t care, they disappear; then the country becomes poor. Now India is poor, and religious only for the name’s sake. The sun will rise in America; the future of religion is in America, not in India. India is bound to move on the path of communism. It cannot avoid it, it is already on it. It is moving slowly. It is a very old country so it moves very slowly, at an old man’s pace. But it is moving; slowly, slowly it is moving. It is dropping democracy, it is dropping freedom, and it is becoming more and more materialist, socialistic. That is the first step; then by and by it will be a communist country. By becoming communist it will become rich again; by becoming rich it will become religious again.

America has become rich and will become poor, sooner or later. You can see the hippies: they have already moved. They have dropped out of the rich society because they have seen the futility of it. It is meaningless. They talk about love, not about war. The moment you start talking about love and not about war, your country is going to become poor — because to remain rich one has to remain continuously violent and aggressive. They are talking of the simple life, but a simple life cannot be a rich life. Technology will disappear. If technology disappears, richness will disappear. America is rich, will become religious, and by becoming religious, by and by, it will lose its richness.

There is a possibility of Russia, somewhere in the next century, becoming very rich and suddenly becoming religious. The wheel of history is very dialectical — thesis, antithesis: this is how it moves.

Your greed simply shows that you are feeling empty. Now, you can fill it with things but it will never be filled. Or, you can start growing into your inward consciousness, and it will be filled.
People can continue for their whole lives wasting all their energies in greed, this ambition is not going to help you.

Mulla Nasrudin and his neighbor were talking about the problems of raising their boys.
“Is your son very ambitious, Mulla?” asked the neighbor.
“Yes,” said Nasrudin.”He has such big ideas about being rich and successful that already he has begun to look on me as a sort of poor relation.”

Just the idea that he is going to be very successful and rich, and already he has started looking at his father as some sort of poor relation!

You can go on an ego-trip if you start on the path of greed — and that can take your whole life. To the very end people remain greedy; they are DYING and they remain greedy; even DEATH does not make them aware.

Solomon and Irving were both partners in the dress business. They had the worst season of their careers, and were at a complete loss as to what to make that would sell. There was not a dress to be cut in their cutting-room. They both decided: the only way out to leave their families any money was to agree to a suicide pact. They drew straws and Solomon was to jump first. Solomon jumped out of the thirtieth-floor window, and as he was falling he noticed that every cutting-room on every floor he passed was busy.
He yelled back to Irving, “Don’t jump! Cut velvet!”

Even to the very end — you can be dying — but the business, the business of greed continues. Once you are on the trip, it is very difficult to get out of it. One gets more and more involved. And on the path of greed you are insulted many times, humiliated, but still you get up again, and again you rush.

Still he is ready to open the store! They have thrown him in the gutter! But people go on rushing, almost insane. Greed is a sort of insanity.

Use money, but never be greedy. As a means money is perfectly good; it is a great means of exchange, very utilitarian. Use it but don’t be used by it possess it but don’t be possessed by it — remain the master.