Osho on Gurdjieff Book ‘All And Every thing’ 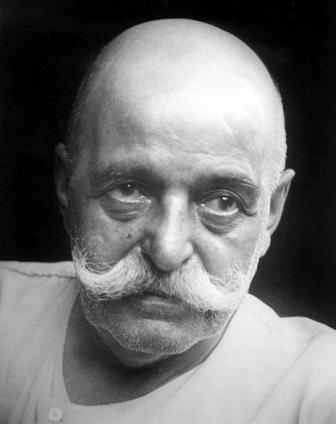 Osho – I forgot to say something about Gurdjieff and his book ALL AND EVERYTHING – perhaps because it is a very strange book, not even readable. I don’t think there are any living individuals except me who have read from the first page to the last. I have come across many Gurdjieff followers, but none of them had been able to read ALL AND EVERYTHING in its totality.

It is a big book – just the opposite of the ISA UPANISHAD – one thousand pages. And Gurdjieff is such a rascal saint – please allow me this expression, rascal saint – he writes in such a way that it becomes impossible to read. One sentence may go running on for pages. By the time you come to the end of the sentence you have forgotten its beginning.

And he uses words he made up himself, just like me. Strange words… for example when he was writing about kundalini, he called it kundabuffer; that was his word for kundalini. This book is of immense value, but the diamonds are hidden among ordinary stones. One has to seek and search.

That’s the whole purpose of writing in such a strange way. There is no other book stranger than Gurdjieff’s ALL AND EVERYTHING, and it certainly is all and everything.

It is tremendously beautiful, more so because it was written by a man who was only a disciple, who himself had not known. Not only was he a disciple but later on a Judas, the man who betrayed Gurdjieff. It is strange, but the world is full of strange things. Ouspensky’s book represents Gurdjieff far more clearly than Gurdjieff’s own.

Perhaps in a certain state of being Gurdjieff had taken possession of Ouspensky and used him as a medium, just as I am using Devageet as my medium. Right now he is writing the notes, and with my half-closed eyes I am watching everything. I can watch even with closed eyes. I am just a watcher, a watcher on the hills. I have no other work left but to watch.

One thought on “Osho on Gurdjieff Book ‘All And Every thing’”