Osho on Gurdjieff’s last words to his disciples – ‘Bravo, America.’ 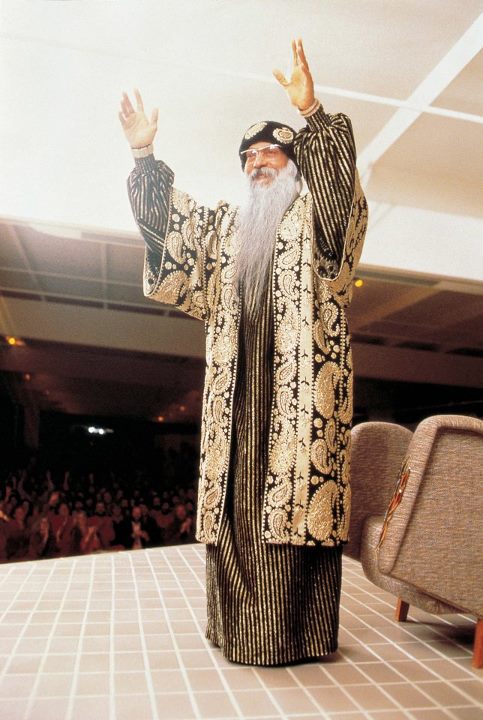 Question – Beloved Master, Gurdjieff’s last words to his disciples were, “bravo, america.” I have heard you appreciated his insight about america, but right now the way american bureaucracy and politicians are behaving with you and with the commune, it seems the words of gurdjieff are no longer relevant.

Osho – No, they are still relevant. A man like George Gurdjieff never becomes irrelevant. People of that category are eternally relevant. Politicians may be behaving in an ugly way — the only way they know — but America is not just the American politicians.

Gurdjieff’s last words before he died were “Bravo, America.” His disciples were at a loss to figure it out. Their whole life they had been in trouble with this man, and now at the last…. Nobody could have expected that his dying words would be, “Bravo, America.” And he was dying in France! And now he is dead so you cannot even ask, “What do you mean?” But what he said was more significant, meaningful, than ordinary intellect can understand.

America is the youngest country in the whole world, its history is only three hundred years. It is nothing compared to the histories of China, India. In India, three hundred years mean nothing. The Indian astrologers prove — and nobody has been able to contradict them yet — that Indian civilization is at least ninety thousand years old.

In the RIGVEDA, the most ancient book in the whole world, a certain constellation of stars is described in detail, in every particular, precisely. That constellation happened ninety thousand years ago, according to the scientists. Since then that kind of constellation has not happened again.

There is no way for the people who were writing the RIGVEDA to describe the stars and their constellations in such precise and exact detail unless they had observed it. Now the proof is such that no argument can defeat it. A country which is ninety thousand years old — what does three hundred years mean to it? China perhaps is even older.

Gurdjieff’s statement means first that America has no burden of past conditioning — one thing. It is a very thin layer of conditioning, three hundred years, in comparison to ninety thousand years. To change the Hindu mind is almost impossible. It is so old, so thick; so deep have gone the roots. But the American mind is only very superficially conditioned — one thing which makes it possible that America can be deprogrammed, and Americans can become the first citizens of a new world. Perhaps Gurdjieff was remembering the words, “brave new world,” when he said, “Bravo, America.”

The man of the future has to be cosmopolitan. He cannot be an Italian, a German, an Indian, an African. No, he can only be a human being. There is more possibility in America for it to happen. All other countries are racial; America is a nonracial country. It is a tremendous opportunity to create a new world without any racial mind.

Thirdly, America is more receptive to new ideas, new technologies, new scientific research, than any other country, for the simple psychological reason that a child has no past, he has only a future. That’s why he is always ready to learn — in fact, asking too many questions because he wants to know what this life is all about. He harasses his parents by asking questions which the parents themselves don’t know how to answer. They don’t know the answers either, and they are not courageous enough to say, “We don’t know.”

An old man has no future, only past. The old man looks backwards, not forwards. In the future there is only darkness and death, in the past are all his golden memories; he lives in the past. The same is true about countries. A country like India or China has such a long past — they live in the past. India thinks it has seen its golden age.

India has the idea that the best age was thousands of years ago; they call it the “age of truth.” Then the second stage came, the fall started. They call it simply “the age of three legs.” The reason is that the first age they compare to a table with four legs — completely balanced, with no possibility of falling.

The second stage has lost one leg, so it is a tripod with three legs, treta — still not too bad, because even with three legs a tripod has a certain balance. The third stage they call dwapar — the age of two legs. Now things are becoming dangerous. A table with two legs — it is not a bicycle, it is bound to fall. The bicycle will also fall unless you go on riding it so that it has no chance to fall. Slow down and it starts wavering; stop and it falls. But a table is not a bicycle, so it is bound to fall. The fall is inevitable. The fourth stage has only one leg. They call it “the age of darkness” — kaliyuga. We are living in the age of darkness.

Now, a country which thinks in such terms cannot accept evolution. It has happened — now there is no future. The golden age has come and gone; now there is only darkness and death.

America is just like a child. Three hundred years compared to ninety thousand years — it is just a small child. It has its eyes open, ready to evolve, to grow. It has no past to be bothered about. Gurdjieff is still relevant, and will remain relevant always. People like him never become irrelevant. In spite of the third-rate politicians, America is going to evolve, evolve into the new man, evolve into a new humanity. I have chosen to be here, I have called you to be here, because I don’t want Gurdjieff to become irrelevant. His prophecy has to be fulfilled.