Osho on Hedonism, The physical hedonist can rise to the higher hedonism 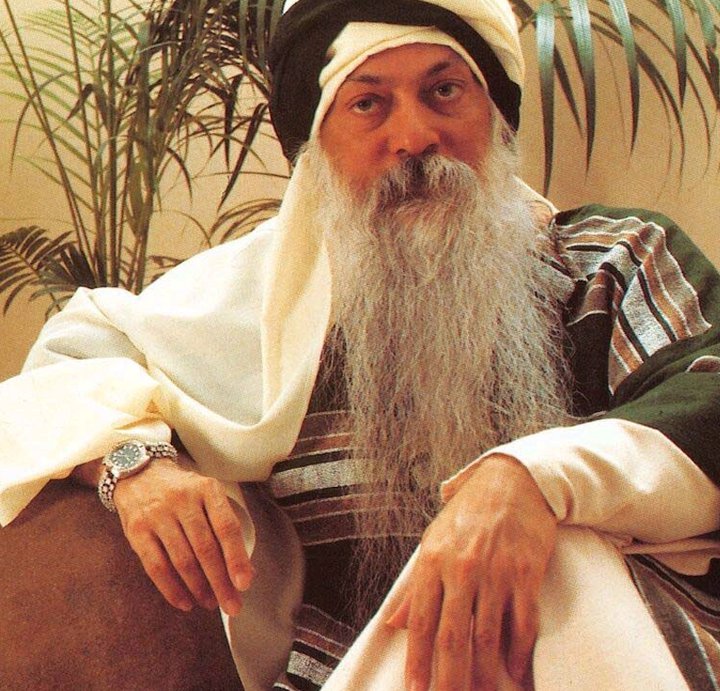 Question – Are there different levels of Hedonism? I suspect ‘eat, drink and be merry’ means different things to different people.

Osho – Yes, Anurag. There are two levels of hedonism, and they are almost polar opposites to each other. Because of that, much misunderstanding has prevailed down the ages. The lower hedonism is of the body, and the higher hedonism is of the soul. They both speak the same language: Eat, drink, be merry. They both propound the same philosophy of life: Live in the moment, don’t think of the morrow. They both want that one should not be worried about the past, should not be concerned about the future. This moment is enough unto itself. Their language is the same, their proposal is the same, yet they are diametrically opposite.

To the first hedonism – the material, the physical, the outer hedonism – belong the philosophies of Charvaka in India and Epicurus in Greece. To the second philosophy, the spiritual hedonism, belong all the great Masters: Buddha, Krishna, Christ, Zarathustra. Where do they differ? Where do they go diametrically opposite?

If you live only as a physical being, then you will remain unaware of the non-physical dimension that is continuously penetrating you. Then you will know only the visible, and the invisible will remain unknown to you. And the invisible is far bigger, far more essential. The visible is just a covering, the visible is just a shell around the invisible. It is there to protect the invisible. The body is the shrine of the soul. If you live only in the body, and you only take care of the body and the physical sensations dominate you, you will never become aware of the non-physical dimension – the divine dimension. If you are utterly lost in the body – as you will be if you think ’Eat, drink and be merry’ is the goal – then you will live at the very superficial level.

Your body is only a cover. It is beautiful, it is precious, but it is carrying something far more precious in it. The man who thinks of ’Eat, drink and be merry’ in the physical sense is a man who receives a letter and worships the envelope. and forgets the message. The message is important. What a message you are carrying inside you! What a destiny you are carrying inside you!

The second level hedonism is not against the body, it is for the soul. It also lives in the moment, but when the first hedonist is eating, he is only. concerned with the food. When the second hedonist is eating, he is more concerned with the awareness of the taste of the food. That is where they differ. When the first hedonist has gone for a walk, he looks around – the trees, the birds, the people, the dewdrops, the morning sun – but he does not look at WHO is looking at all these things. When the second hedonist goes for a morning walk, he enjoys the birds, the trees, the people, the sun, the sky, but he also goes on enjoying the one who is enjoying it all. He remains aware.

they think they are spiritual. They are not. That’s a logical fallacy. Because the first goes on living in the body, there are people who Logically think ’We have to go against the body, then only can we enter into the second realm of our being, then only can we attain to happiness, to heaven, to bliss. Because the first is missing – and the first is missing because he is too much obsessed with the body – the second, this so-called spiritualist, becomes obsessed AGAINST the body. This is not a real spiritualist.

The first goes on missing, but the second – the false spiritualist – misses even more. So if you have a choice, then I will say it is better to be a physical hedonist than to be an anti-physical spiritualist, because at least you will be enjoying the body; the physical part of God will remain available to you. To the spiritualist, even that is not available. He is completely blind.

The physical hedonist can rise to the higher hedonism because he has to grow in the same way but deeper. He has to dig a little deeper into his being. So if you are to choose between Epicurus and Mahatma Gandhi, choose Epicurus. But if you have to choose between Epicurus and Buddha, Jesus, then choose Jesus or Buddha. Never become a so-called saint. He falls from grace. He misses the body, how can he attain to the soul? The body has to be used as a stepping-stone. The body has to become a staircase, it has to become a boat for the other shore. Use the body.

I am a hedonist. My whole teaching is: love the body, use the body, go into the body as deeply as you can, be sensitive to its feelings, be available to its wisdom, its joys, but don’t be confined there. There is MUCH MORE in your life. That is just a beginning. Use the body as a jumping-board. And the secret is the same. So the secret can be used on the second, higher, level too. Be in the present. Live moment to moment. Don’t allow the past to interfere, and don’t allow the future to cloud your vision. Let the present moment be crystal clear. Enter into it with the body, with the soul. Enter into it as a unity of body and soul. Enter into it not AS body or AS soul but as a unity. There are these two kinds of hedonism. The higher contains the lower. The lower cannot contain the higher. I teach you the higher hedonism.