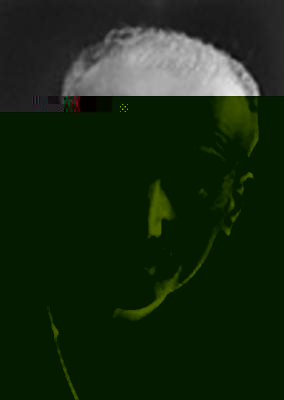 Question – Henri Bergson also proposes a philosophy of intuition. Is not his approach exactly like Zen?

Osho – It looks exactly like Zen but it is not and cannot be. Bergson is a philosopher, a great philosopher, but he has no experience. He talks about intuition, talks profoundly and goes into its very intricate depth, but all that he says comes through the intellect. Even his talk about intuition is intellectual. You can talk from the head about the heart — remember that possibility. You can think that you are feeling but it will just be thinking. Man is so subtle and such a deceiver. You can talk from the head about the heart, you can think about feelings, you can be very logical about love.

Bergson had great appeal because he was talking about intuition. He was anti-intellect. But all that he says is intellectual. The intuition is not his experience. Zen insists on existential experience. You will find many things which appear to be like Zen but you will never find anything that is REALLY like Zen. It may be apparently so, but intrinsically it is not. On the surface it may be so, yes, the container may be the same — but the content is absolutely different.

William Barrett recalls that a friend of his went to see Martin Heidegger, the great German philosopher. When he went to see him Martin Heidegger was reading one of Suzuki’s books. The friend naturally enquired about his interest in Suzuki and Zen, and the philosopher said, ‘If I understand this man correctly this is what I have been. trying to say in all my writings.’

And sometimes he will behave as foolishly as any ordinary human being. When Adolf Hitler became very, very powerful Heidegger became one of his supporters. A Buddha supporting Adolf Hitler? Impossible! This Martin Heidegger became a fascist. He behaved like an ordinary man with no understanding and no insight.

All that profundity was meaningless, proved futile, was not really there. He was as much a fanatic German as any other German. The others can be forgiven but not Martin Heidegger. It happened exactly like that here. Indira Gandhi was slowly, slowly turning into a dictator and Acharya Vinoba Bhave was supporting her. He was interpreting her dictatorship as a great experiment in discipline: a great age had started, the age of discipline. You can interpret dictatorship as discipline very easily, and in this, Vinoba Bhave showed his insight — he had none.

Remember, you have to watch people’s being, not what they philosophise about. Philosophies don’t go anywhere, they are just verbal games in the mind. On his deathbed Carl Gustav Jung was reading a book by Charles Luk: CH’AN AND ZEN TEACHINGS. It was the last book he read, it was the book he died with. Before his death he expressly asked his secretary to write to the author, Charles Luk, and to tell him that he was very enthusiastic. He said, ‘Tell Charles Luk that when I read what Hsu Yun said I felt as if I myself could have said exactly that. It was just it.’

When he came to India, Raman Maharshi was alive but Jung would not go to see him. Many people told him, ‘You are a searcher into the depth of human beings and here is a man whom we call Bhagwan. As you have come to India you go to him, otherwise you will miss a Buddha. You go and you look into him, have a little taste of his air, of what light he lives in. You think about Buddha, you think about Lao Tzu, you think about Christ — why not go to Raman Maharshi?’ But he avoided him. He went to see the Taj Mahal but would not go to see Raman.

He never meditated. And he was very afraid of death. Not only of death, he was even very afraid of a dead body. He wanted to go to Egypt to see the ancient mummies — that was a long-time desire of his. At least seven times he booked a flight and seven times he cancelled it. Once, the last time, he even went to the airport, but he finally came back. He had become afraid even of seeing ancient dead bodies — because that reminded him of his own death, that reminded him of what was going to happen to his body. It created great anxiety.

Now this man could read about Zen, could even be convinced about its truth, could even feel intellectually en rapport with it, could even say ‘I felt I could have said exactly what Hsu Yun said. This is it.’ But Hsu Yun’s statement ‘This is it’ is an existential statement and if Carl Gustav Jung says it, it will be a philosophical statement, it will be like a blind man talking about light.

A reasonable man is a great acceptance, a great receptivity. He does not carry any prejudice in his mind; he does not have any pre-suppositions in his mind. His mind is open, utterly open. A rational man is not so open. He is clever in logic — but logic is a man-made thing, logic is manufactured by us. Logic is only half of our brain, the other half remains starved.

I am not saying that the other half is meditation, remember. One half is logic, the other half is illogic. When you go beyond both, when you transcend both, there is meditation. Remember, thinking is not meditation, neither is feeling. Thinking is half, feeling is half. When thinking and feeling disappear into one unity, they are not. Now you cannot call them thinking or feeling, they have transcended both, they are something more than both, something new has been born. The whole is not the sum total of its parts. When the whole is born, the parts disappear into something new, something absolutely new.

In Greek philosophy there was a long time when the Sophists prevailed. They were real logicians, they were pure logicians, liars. They said, ‘We don’t say what truth is. You tell me what truth is and we can prove it,’ And if your antagonist came to them and said, ‘This is the truth and I will pay you more,’ they would prove that also.

Listen to this small anecdote. G. E. Chesterton is credited with the story of the wily bandit who was finally captured by the king’s troopers. The king, a man fond of games and riddles and a very, very wellknown logician, posed this problem to the bandit, ‘You may make one statement. If you tell the truth in it you will be shot, if you lie you will be hanged.’ Now this is what is called a dilemma!

The king said, ‘If you tell the truth in it you will be shot. Make one statement, a single statement. If you lie you will be hanged.’

And the bandit confounded him — because he was also a logician — with this reply, ‘I am going to be hanged.’

Do you get it? If it is true, it is difficult because the king has said, ‘If you tell the truth in it you will be shot.’ If it is true that he is going to be hanged, he would have to be shot — but then his statement becomes untrue. If it is untrue, if it is a lie — because the king has said, ‘If you lie you will be hanged’ — if it is untrue then he has to be hanged. But then it becomes a truth.

Logic is such. It is a game. Never depend on logic, never rely on philosophy. Man’s excessive reliance on logic and philosophy has destroyed all possibilities of religion. Religion is more than logic, more than philosophy.

Zen is pure religion, It is an experience. It is an invitation to fall into existence, to dance with existence — that’s what medita-tion is. For a moment you disappear, you become part of this great dance. For a moment you are no longer yourself, you become the self of the whole. Yes, in the beginning it is only for a moment that a ray enters and the darkness disappears and you are in the dance — in the same dance as the stars and the planets and the sun and the moon, in the same dance in which seasons move and spring comes and flowers bloom. For a single moment you enter the same dance. Then by and by you become more and more aware of the possibility that you can slip into it more and more.

Then you become more slippery, then again and again you slip into it, more and more. Then one day you start abiding in it. Then you are no more and for the first time you are. Never be deceived by Bergson or Martin Heidegger or Carl Gustav Jung.