Skip to content
Osho on Individual Osho on Living Totally

Osho on holistic approach to life – Totality is possible, perfection is not possible 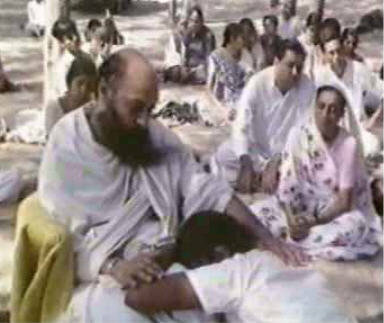 Question – Many see the work that goes on around you as a model for the holistic approach to life. Please talk about this.

The old man was based on superstitions. The most basic flaw in the concept of the old man was perfectionism: he wanted to be perfect, and the very idea of perfectionism drives people crazy. The perfectionist is bound to be a neurotic, he cannot enjoy life till he is perfect. And perfection as such never happens, it is not in the nature of things. Totality is possible, perfection is not possible.

The perfectionist completely forgets about totality. He has some idea how he should be, and obviously time will be needed to reach that idea. It can’t happen now — tomorrow, day after tomorrow, this life, maybe next life… so life has to be postponed. That’s what the old man has been doing hitherto, postponing, postponing. The man in the past has not really lived; his life was nothing but a sequence of postponements.

I teach you to live herenow with no idea of the future at all. The future will be born out of your lived present. If the present has been lived totally, the future will have even more totality to it. Out of totality more totality is born. But if you have an idea what you want to be in the future, today you will live very partially because your main concern becomes the future. Your eyes become focused on the future, you lose contact with the real and the present — and the tomorrow will be born out of the real with which you are not in contact. The tomorrow will come out of today,
and today was unlived.

The English word devil is very beautiful. If you read it backwards it becomes lived. That which is lived becomes divine, and that which is not lived becomes devil. Only the lived is transformed into godliness; the unlived turns poisonous. Today you postpone, and whatsoever remains unlived in you will hang around you like a weight. If you had lived it you would have been free of it. It would not have haunted you, it would not have tortured you.

The old concept was to live according to a certain pattern — the Buddhist pattern, the Christian pattern, the Hindu pattern. The old was not in favor of the individual, it was in favor of a certain pattern. That pattern creates slavery. I teach the individual, I teach the unique individual. Respect yourself, love yourself, because there has never been a person like you and there never will be again. God never repeats. You are utterly unique, incomparably unique. You need not be like somebody else, you need not be an imitator, you have to be authentically yourself, your own being. You have to do your own thing.

Anger transformed becomes compassion, sex transformed becomes prayer, greed transformed becomes sharing. But in the past it was told again and again, repeated down the ages, that you had to reject this, reject that. If you listen to the old teachings you will be surprised — you are rejected almost ninety-nine percent. Only one percent, some imaginary soul of which you are not aware at all, is accepted in you. And all that you are aware of is rejected.

When there are many in you, you are a crowd, and the crowd is noisy. When you become one, there is silence. Only by becoming one will you attain to silence, and in that silence you can hear the voice of God, in that silence you can start feeling the presence of the divine. And when you are one, you will be able to have a communion with the whole. By being a whole yourself, you become capable of having a communion with the whole.

Man has lived very partially — in fragments, in guilt, in fear. A new man is needed, urgently needed. Enough is enough: say goodbye to the old man. The old has created only wars, violence; it has created sadists, masochists, it has created a very ugly human being. It has made people pathological, it has not allowed a natural, healthy, sane
humanity to be born.

But it is time that we get rid of it all. And if we don’t get rid of it all soon enough, then the cup will be full. Man is going to die if the new does not arrive; the old cannot survive. There is no possibility for the old to survive, it has come to its tether’s end. It has lived more than expected.

I don’t teach you renunciation, as it has been taught down the ages. I teach you: Rejoice, rejoice, and rejoice again! Rejoicing should be the essential core of my sannyasins. Yes, Krishna Prem, my approach to life is holistic, because to me, to be whole is to be holy.

One thought on “Osho on holistic approach to life – Totality is possible, perfection is not possible”