Osho on How to find A Buddha, A True Master 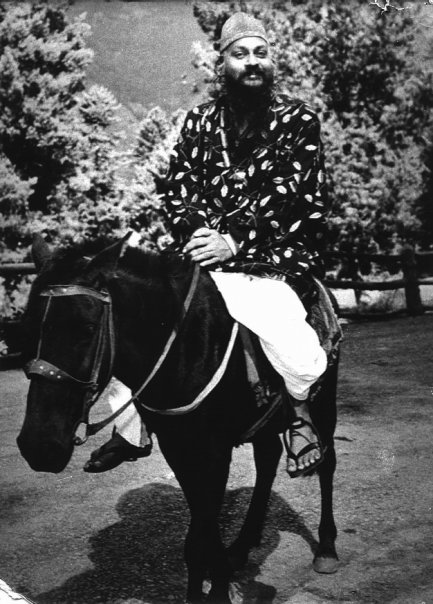 Remember, sincerity does not mean seriousness. It means truthfulness, it means authenticity. And how will you judge whether the man is authentic, truthful, or not? There is only one thing to remember: truth is paradoxical. Only untruth is consistent. If you find a man very consistent, avoid him, because that means he is simply philosophizing. He has not yet experienced anything, he is not a sincere man. A sincere man is one who simply says whatsoever is the case — whether it contradicts him, whether it is consistent or inconsistent, makes no difference to him.

Remember the Zen definition of truth: A truth is that whose contradictory is also true. So a man of sincerity is bound to be paradoxical. And that is where we miss. If you come across paradoxes you think, “This is an inconsistent man; how can he be true?” You have an idea that truth has to be consistent — and that prevents you from finding Buddhas. And you fall in the trap of logicians, philosophers, thinkers.

If you can find a man of contradictions, you may be close to somebody who knows. Truth is that whose contradictory is also true. Look for the sincerity through the paradox. He is so sincere that he is ready to become inconsistent. His sincerity is such that he is ready to be called mad. His sincerity is such that he does not try to convince you through logic. He is not a salesman. He is not worried about convincing you. He simply states whatsoever is the case — whether you are convinced or not convinced, that is up to you. He is not in any way interested in forcing something upon you. He is ready to help, but not to coerce you. And what is mercy? It does not mean pity. Buddhas don’t pity you, because pity arises out of ego. They are merciful, they are compassionate — and the difference is great.

Just the other day, somebody asked me a question: “The groups, therapy groups, that are run here are very hard, cruel. How do you allow them, a man of compassion?” And not only that, he mentions the incident that I mentioned some days before, that one of my friends was going to commit suicide. He mentions that “Listening to that story, I thought you are also very cruel. You didn’t persuade the man not to commit suicide; on the contrary, you were ready to take him to the river to jump from the cliff and die. What kind of compassion is this?”

A compassionate man looks at the result. What devices he uses are not important. He is ready to use ANY device — just look at the objective result. A compassionate man is not sentimental, emotional. You would have liked me to hug him and cry… But then he would have committed suicide! Would it have been compassion? I would have driven him to suicide. That’s what his parents, his mother and father and friends, were doing, they were driving him to commit suicide. The more they were trying to persuade him, the more he was trying to say no. In fact he was getting more and more excited about suicide, because of these people, because of their attention. And they were all loving people, they loved the man — but see the difference.

These are the two kinds of love. One is sentimental and emotional; it doesn’t help. Another is objective love; it helps. But then the person who is full of objective love decides how to move. His sole concern is how to save people. I wanted to SAVE this friend, that’s why I was so cruel. And I want you also to be saved, that’s why all the therapy groups here are cruel. Sometimes even people who should be more knowing, misunderstand.

That’s what happened to one of the sannyasins, Geet Govind. He had come from Esalen, he is a co-founder of Esalen, so he knows everything about therapy groups. But he does not know anything about ME. He does not know anything about objective compassion. Seeing the encounter group here, he was very much shaken. And he was not even courageous enough to say it to me — because after the encounter group I had especially asked him, “What do you think, Geet Govind?” And he said, “All is good, everything is good, I enjoyed it” — or things like that.

But back home, he started spreading the news around, “Don’t go to Poona. Those people are dangerous, the groups are very violent and cruel.”

Here, the therapy groups are not just therapy groups as they are in Esalen. Here they are used just as devices — to destroy something, to shake you into awakening. The whole point is to shake you out of your sleep. And all kinds of things will be used. If sometimes a dagger needs to be put into your heart, it HAS to be used. If a sword is needed then it has to be used.

Do you remember Jesus’ saying? “I have come into the world not to bring peace but to bring a sword.” What does he mean? A man of compassion! Only something like a sword can shake you out of your sleep.

So when you come across a man of mercy, remember: his whole point is how to AWAKEN you. He is not sentimental, he will not cry with you; he will be very objective and very scientific. But he feels for you, he loves you, he wants to help you. And only he can help you. All those sentimental people and all that sentimental nonsense is not going to help. If it was going to help, you would have already been saved.

So whenever you can find a man of sincerity, a man of paradox, truth, whose whole concern is truth… Even if it makes him seem contradictory he is ready; he does not change the truth just to become consistent. And his whole concern is to help people become alert and aware — even if sometimes cruel methods are needed he is ready to use them. That is the man of compassion and sincerity.

And only a man of compassion and sincerity can be a master. Avoid those who console you. Follow those who are ready to destroy you — because only when you are destroyed, God is born.