Osho on ‘I am afraid of taking Sannyas, Although i am immensely attracted’ 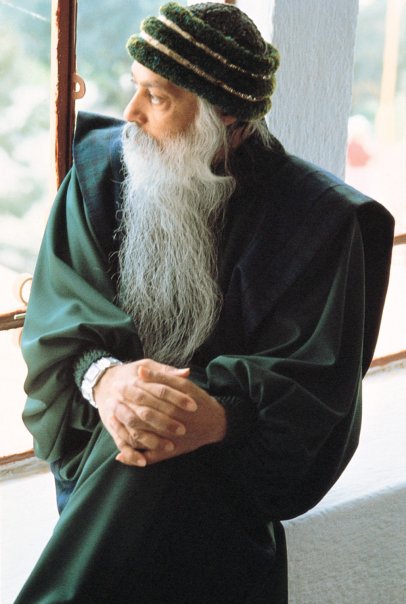 Question – Beloved Osho, I am afraid of taking Sannyas, Although i am immensely attracted. I am afraid because of my husband. I don’t think he will be able to understand it.

Osho – You are not very respectful towards your husband. Do you think he’s stupid or something? Why should he not be able to understand it? If he loves you, he will understand it. Love is understanding. If he does not love you, then whether you take sannyas or not, he’s not going to understand you.

The second thing: if he does not understand your sannyas, it is his problem. You have to live your life. Never compromise, otherwise you will miss much. Never compromise! If you feel like becoming a sannyasin, become a sannyasin. Take the risk. If he loves you there is no problem, he will understand — because love gives freedom. If he does not love you then there will be difficulty for him, because he will feel you are getting out of his possession, you are becoming independent, you are trying to be yourself. But to bow down to such expectations is suicidal. That is his problem. You have to live your life, he has to live his life. Nobody should try to impose things on the other.

But my feeling is that you must also be imposing things on him, that’s why you are afraid. If you are not imposing anything on him, you can be independent. But it is a mutual arrangement: people are slaves to each other, and whenever you make a slave of somebody, remember, you are making somebody your master too. It is a mutual arrangement. You must be trying to manipulate your husband, you must be trying to force things upon him, you must be making him a cripple. Now you want to be independent, he will assert his independence too. Then he would like to go his own way, and that you cannot afford. That is the real fear.

Never create such a situation in which you cannot forgive the other. Only two independent persons can forgive each other. Slaves cannot forgive. And who knows, it may help him too, in some way.

I was reading one anecdote the other day: Two explorers met in the wilds of the Amazon. The following exchange took place. First explorer: “I came out here because the urge to wander is in my blood. Civilization sickens me. I like to see nature in its primitive form. I would like to plant my footprints where no human being has ever gone before. How about you? Why did you come out here?”

Second explorer: “My wife has become Osho’s sannyasin, and she is doing Dynamic Meditation in the morning and Kundalini in the evening — that’s why!”

But good! If your husband goes to the Amazon and becomes an explorer, this is giving him a good opportunity to do something.