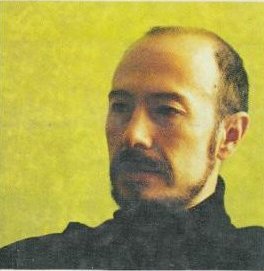 Question : Ichazo reckons that our culture, the whole society, is now raising its consciousness, that we are no longer on an individual trip but that humanity is beginning to awaken. And he says that the utopian vision of humanity as one enormous family is now a practical necessity.

Osho : This is how politics enters into religion. And this is nothing new. Down the ages there have been people saying it again and again. This is how fascism enters into religion. This is what Friedrich Nietzsche was saying and he became the originator of Adolf Hitler and his philosophy. He way saying that now humanity had come to a point where it was going to enter into a new arena, the arena of super-humanity, superhumans.

This is what Sri Aurobindo was saying in India — he was basically a politician and he remained a politician to the very end. He was also saying that now we had come to a point where collective effort, not individual effort, was needed.

Remember that these ideas about collective effort are dangerous. That’s how politics enters into religion. Religion is utterly individual and will remain individual. Only the individual can meditate. When you meditate you disappear from the collective world. If you start meditating here with five hundred people you may start with five hundred people but the moment you enter into meditation you are alone. Those four hundred and ninety-nine are no more. Meditation is a movement in tremendous aloneness. It has nothing to do with the collective. You can meditate together but when you go into meditation you go alone.

You see a mob burning a Hindu temple or a Mohammedan mosque. If you get each individual from the mob and enquire, he will say, ‘I did not really want to do it but other people were doing it and I was just standing there so I got into it.’ No individual Mohammedan will be able to say with a clear heart that he has done a great thing, a great job, a religious thing, in burning a Hindu temple. And no Hindu will say that he has done a great thing by killing a Mohammedan or by burning a mosque. But he will say that in the crowd he was lost.

You may have also felt it. In a crowd you become lower than you ordinarily are. In a crowd you become baser, you become lower; you are more animal than you are human. The collective is animal, the individual is human and the universal is divine. When a person enters into meditation he does not become a part of the collective, he becomes dissolved into the universal which is a higher point than the individual itself.

But politicians always talk about the collective. They are always interested in changing the society — because in changing the society, in making efforts to change the society and the structure of society and this and that, they become powerful. The society has never been changed. It remains the same — the same rotten thing. And it will remain the same unless it is understood that all consciousness happens in the individual. And when it happens, the individual becomes universal. If it happens to many individuals then the society is changed — but not as a social thing, not collectively.

Each individual being transformed changes the society. When many, many individuals are changed, the society changes. That is the only way to change it, not the other way round. You cannot change the society. If you want to change the society directly your effort is political. Ichazo must be getting political. It happens. When you start becoming powerful religiously, when you start leading many people, when you become a leader, then great ideas start happening in the mind. Then the mind says that now the whole humanity can be changed, now we should plan for a great change of the whole humanity. Then greed grows, ambition grows, ego expects. This has always happened and this will happen always. Beware of it.

But that is higher than the individual. The mass is a pitfall. The mob is always there to pull you down. And it happens to so-called religious people. Ichazo is not really very religious to me. He has gathered techniques from here and there, he is very eclectic. From Gurdjieff’s work, from Sufis, h