Skip to content
Osho on Consciousness Osho on War Terror

Osho on Ideals and Meditation – Drop all kinds of idealisms 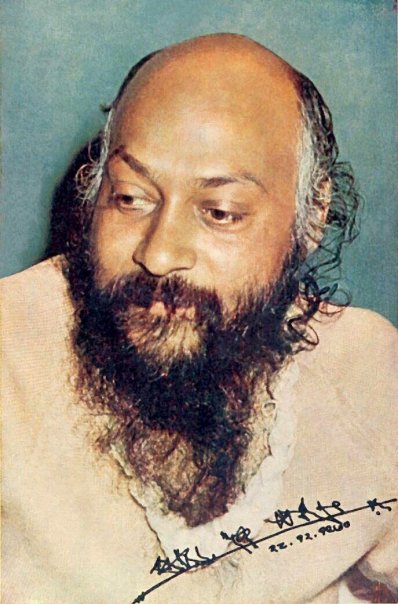 To see where you are, what you are in actuality, needs courage. It is nice to believe in beautiful ideals. All ideals function only for one thing: they hide your reality; that’s why we go on creating beautiful ideals. Not that we are really interested in those great ideals; our real interest is how to hide the ugly facts.

Just a few days ago the president of India stayed in a circuit house in Madras, and because he could not get non-vegetarian food there – meat, eggs, et cetera – he was very annoyed. If he had not been annoyed, the country may not have come to know that he is a meat-eater; a Gandhian and a meat-eater. And these are the people who go on talking about non-violence.

Those who are moving on the path have to be aware of this stupid ideological camouflage. It is very easy to have beautiful ideals. And you will be surprised if you watch people: if you know their ideals you can be certain that they will be just the opposite of their ideals. Knowing their ideals, you can deduce logically that their life must be the very opposite of it. The ideal only proves that there is something that they are hiding behind it.

A conscious person has no ideals at all. A conscious person lives through his consciousness. He is one; his inner and outer are not divided. But all kinds of idealism divide the outer and the inner. It does not allow you to be natural, spontaneous; it forces you to be something other than you are. It gives you shoulds – you should do this, you should do that. Because of those shoulds you start believing that you are aspiring very high, that you are soaring very high: ”Look what beautiful ideals I have got”and behind that empty talk your reality is just the opposite. The greedy person wants to become non-greedy. The angry person wants to become compassionate. The unloving person has the ideal of love. All the religions talk about love, and all that they do on the earth is create hate. All the nations of the world talk about peace, and all that they do is prepare for war. See it. This is what we have become: pseudo, hypocrites.

No nation prepares for peace – not even India, which is a non-violent country, the great religious country. All nations talk about peace and prepare for war. War remains the reality and peace remains just smoke around it, to hide it.

Unless we see it through and through there is no way to get out of it. Whenever you want some ideal to be fulfilled in your life, watch why. How can an angry person practise compassion? How? It is impossible. If the angry person practises compassion he will be, at the most, repressing his anger, that’s all. What else can he do? He has been angry with others, now he will be angry with his own anger, that’s all. The anger has taken a new form, a new shape.

The violent person wants to become non-violent: what is he going to do? He has been violent with others, now he will become violent with himself. That’s what you call asceticism? Asceticism is basically masochism: it is a joy in torturing yourself. And these people become great mahatmas, they are worshiped, but all that has happened is that their violence has turned inwards. You torture others, they torture themselves; but the torture continues, and the pleasure in torturing continues. The man who lies on the bed of thorns – do you think he is religious? What is religious in it? He is simply torturing his body, but you will find people worshiping him. He is neurotic, but he will be thought of as a mahatma.

If it is cold and snow is falling and somebody is standing naked under the skies, what is he doing? He is simply torturing the body, but people will think, ”What a great soul.” He simply needs a few electric shocks; he is psychiatrically ill, he is mad, he is suicidal. It is very easy to catch hold of the murderer, it is very difficult to catch hold of the person who is suicidal, but both are murderers. They both enjoy violence.

That’s why Mahatma Gandhi’s violence is not visible. He is as violent as Adolf Hitler; the only difference is of direction. Mahatma Gandhi’s violence is very invisible: he tortures himself. If you keep somebody else hungry for many days, that will be violence, but if you keep yourself hungry and call it upavas, fasting, then this is something religious. It is not. It is the same game, and more dangerous, because when you keep somebody else in a state of torture he at least can defend, but when you start torturing your own innocent body, the body cannot defend. There is no defence possible, your own body is utterly helpless.

The first thing to be remembered is: the violent man cannot become non-violent by any effort. Then is there no possibility? Yes, there is a possibility, but it is not through effort, not through will, not through practising being other than you are. The possibility is by becoming aware.

Rather than trying to be non-violent, become aware of your violence, of how your violence functions. See the roots of it. Go deep into it, into how it arises, into how it permeates your being and your activities. Watch violence, and in the very watching, becoming aware of it, you will be surprised: it starts disappearing.

That’s what Jesus did when he took a whip and went into the temple and threw out the moneychangers, started beating those money-changers, turned their tables. That’s what he was doing – acting. It was just an act, a put-upon act. A meditative person cannot be angry; that is impossible. Meditation means you are so conscious of whatsoever you are doing; in that very consciousness the quality of doing changes. You need not have ideals. Ideals are simply postponing the revolution, the mutation.

That’s how intellectual people are: hiding their stupidity behind words, knowledge, information. If a stupid person tries to be intelligent, how can he become intelligent? In the first place, he will be doing everything oUt of his stupidity; and when you do something out of your stupidity your stupidity is going to be strengthened. But he can do one thing: he can gather information, he can gather knowledge, he can start having an illusion of knowing through knowledge. That’s how people become pundits, scholars, learned professors; that’s how it happens, but the stupidity remains there. In their very foundation, the stupidity goes on remaining as an undercurrent. They just have a good show on the outside; deep down they are still stupid.

Then what to do? How to get out of stupidity? The only way is, watch your stupidity. Go into its working, its mechanism. Go into how yoU act, go watchfully into it. See it, how it is there, how it affects your behavior. Watch it in its multidimensional reality, and in that very watching you are becoming intelligent – because watching is intelligence.

And if you become really alert about your stupidity, the one who has become alert is no longer stupid. Stupidity is left out. You have become awareness, you have become a witness; and out of this witnessing another kind of life arises which has beauty, which has benediction, which has a grace of its own. But it is arduous to be watchful; it is easier to have ideals.

Drop all ideals. Don’t try to become somebody that you are not. On the contrary, just watch whatsoever you are. Watch the fact, don’t create a fiction against it; otherwise you will always be divided. You will remain the fact and you will start believing in the fiction – that’s the meaning of hypocrisy. Your reality goes on persisting in the same way, and just on the surface you have a painted mask. That is not going to help; that has not helped humanity up to now.

But the man who carries great ideals can never be simple and innocent; it is impossible. He is always cunning, trying to be somebody, trying to reach somewhere. All that he can do is pretend. And when I am saying this, I am saying it to you: my sannyasins have to drop all kinds of idealisms; that’s the revolution I am initiating you into. You have to forget the future, you have to forget what should be. You have to only watch that which is; and that can be done right now, you need not postpone it. At any moment you can watch what you are. Don’t condemn, because if you condemn then you cannot watch. Don’t judge; if you judge you have already taken a prejudice. Don’t be in a hurry to conclude. Life never comes to a conclusion; it cannot, because there is no death. It goes on and on, it is an eternal process, it never comes to a conclusion. Only stupid people come to conclusions.