Osho on Illusion – All is illusion except the witness

Question – What is not Illusion? 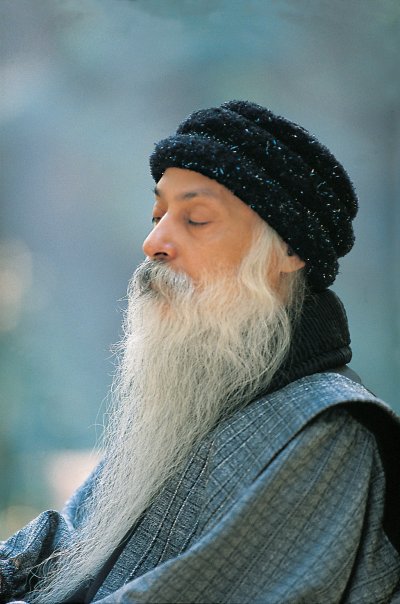 Osho – All is illusion except the witness. All is dream except the witness. Only the knower is true, is real. Whatsoever you see is illusory; the seer is not illusory. In the night you see one type of dream, in the day you see another type of dream. In the night the dreams of the day are forgotten, in the day the dreams of the night are forgotten. Sometimes you dream with open eyes and sometimes you dream with closed eyes, but one thing remains eternally there, never changing, and that is your consciousness. In the night you see dreams; in the day you see things, the world. Everything changes: night into day, day into night, dreams into thoughts, thoughts into dreams; only one thing remains eternally there — your witnessing. That which is eternal is true. That which is changing is illusory.

Remember, by ‘illusion’ I don’t mean that it is not, by ‘illusion’ I only mean that it is not eternally true. And what is the meaning of something being temporarily true, only for the moment? Before the moment it was untrue, after the moment it again becomes untrue. That’s why in the East we have not been chasing life. Before birth it was not there, after death it will not be there again, so this momentary phenomenon is not of much value. There is no need to get obsessed by it; one can pass through it unconcerned, untouched by it.

For example, right now you are listening to me. You can listen in two ways, because each thing can be done in two ways: Eastern and Western. You are listening to me; your emphasis can be on what I am saying, on the speaker — then it is a Western approach. The Eastern approach is that your emphasis be on the listener, the watcher, the observer, the witness. You are not too concerned with what is being said or what is being heard, but with who this witness is who is hearing this. You are seeing me… who is this seer who is seeing? That transformation, that change of gestalt, will bring you to the world of non-illusion; otherwise everything is illusory.

Why do we call the world illusory? Let me remind you again: by ‘illusory’ we don’t mean unreal, we mean temporarily real, only for the time being real. Why do we call the outer world unreal? Because it brings only misery and it gives you only projections, ambitions, desires; it never allows you to be really happy, authentically happy. It gives you hope but never fulfils it. It leads you on many journeys but the goal never arrives, hence it is called MAYA, illusion. It deceives you, it is a mirage — it APPEARS to be there, but when you reach there you don’t find anything; and by the time you reach there, your desires are being projected further ahead. It is like the horizon: you go towards it, it goes on receding. You never arrive — you cannot arrive, by its very nature it is not possible, it only appears — it is not there.

You ask ‘What is not illusion?’

When your ‘I’ drops then the real I arises. When your self disappears, the real self arrives. People come to me and they say ‘We feel it is very difficult to surrender because surrendering means we will be losing ourselves.’ They are true and they are not really true. They are true because their self, the self that they have known up to now, is going to be dropped. But they are not really true because once this false self is dropped, the real self arises. It is there, it is hidden behind the cloud of the false self. You, as you really are in your centre, are the reality. Everything else is illusory.

To know this reality one has to come to a moment of total inactivity because whenever you are acting. you are outside yourself. That’s why Lieh Tzu, Chuang Tzu, Lao Tzu, emphasised passivity so much; when you are active, you are relating with the outside world.

What is activity? Activity means relating with the outside. When you are passive, you are not relating at all. You are simply there, unrelated; there is no bridge between you and the outside — all bridges have disappeared. In this total silence, in this total unrelatedness, you become aware of who you are. Otherwise the activity keeps you so occupied that there is no space for the self to assert, to manifest, itself. It goes on waiting… it goes on waiting, and you go on remaining occupied with trivia, with mundane things. One has to learn to do nothing.

I have heard….
The bum appeared at the doctor’s office doubled up with pain. After a careful examination the physician told the man he’d have to give up wine, women and song.
‘But, doctor’ the man protested, not knowing what that had to do with his ailment ‘I can’t bend down.’
‘Oh yes’ said the doc. ‘You’ll have to give up smoking too.’
‘I object’ said the bum.
‘Why?’ asked the doctor.
‘I feel like a fool standing around doing nothing.’

Doing nothing, one feels as if one is a fool. One has to do something — if you cannot do anything, at least smoke. People start smoking whenever they don’t have anything to do; smoking is a complementary thing. Whenever you don’t have anything to do at least you can smoke; you feel occupied. People feel foolish if they have nothing to do. Have you not observed this phenomenon in yourself? If you are just sitting, you start feeling restless — you have to do something.

If somebody comes, you will pretend to do. You will start reading the same newspaper you have read already just for show. Somebody has come, so you take the newspaper in your hand so that he knows you are doing something; otherwise he will think you are a fool. What are you doing? A man has to do something always and always, and continuously. People pretend, they cannot just be — it is not allowed.

Alexander, while coming to India, met Diogenes — he was an inactive mind. He was Lying on the bank of a river resting, taking a sun-bath naked. Alexander was very much impressed: the peace that surrounded this naked man, the silence; the beauty of this man, the grandeur, the grace, the natural simplicity, the spontaneity. Alexander felt jealous. It is said that Alexander had never felt jealous of anybody else because he had more than anybody else — why should he feel jealous? But with this naked man he felt jealous — he had something that Alexander could never even dream about. And he said to Diogenes ‘If next time I am sent back to the world, I will pray and I will say to God “Now make me Diogenes, don’t make me an Alexander again.”‘

Diogenes laughed. He said ‘Why wait that long? You can become Diogenes right now. Who is preventing you? You can rest here and take a sun-bath, as I am taking.’

The point was clear — as clear as it can be. Alexander felt ashamed and he said ‘Yes, one day I also hope… when I have conquered the whole world, then I will also rest and enjoy like you.’

‘But’ Diogenes said ‘I don’t understand. Why? If I can enjoy without conquering the world, why can’t you enjoy right now? Why are you postponing that which can happen right now? And this bank of the river is big enough for many people. You will not be encroaching on my space — it is big enough; nobody ever comes here.’

It is said Alexander became very sad after he met Diogenes, and he remained sad for many days and talked again and again about Diogenes. The impact was tremendous.

A passive, inactive, empty mind has a beauty, and only in the inactive mind one comes to know what is true. The activity creates the illusion. The activity creates ripples around you and you cannot see that which is. Inactivity… all ripples gone, the lake silent… the mind has no thought; everything disappeared, the smoke gone… and the flame burns bright. When the consciousness burns so bright that there is no smoke and the flame is pure, then you know what is real.