Osho – Only the individual can become Enlightened 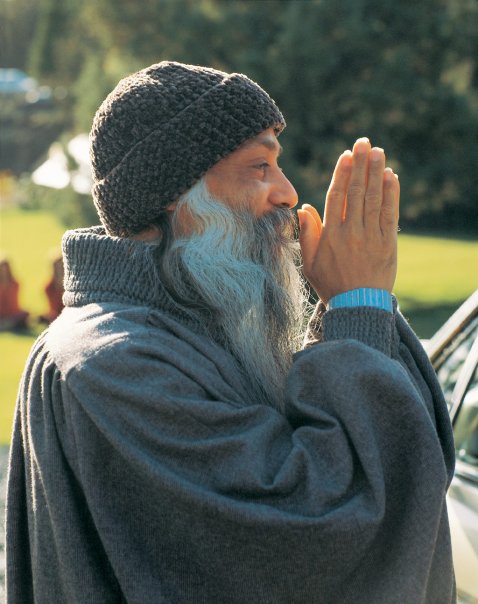 Question – Beloved Osho, I heard you saying that enlightenment is the transcendence of mind — conscious, unconscious, sub-conscious — and that one dissolves into the ocean of life, into the universe, into nothingness. I also hear you talking about the individuality of human beings. How can the individuality of an enlightened person manifest itself if he is dissolved in the whole?

Osho – The ordinary, unconscious human being has no individuality; he has only a personality. Personality is that which is given by others to you — by the parents, by the teachers, by the priest, by the society — whatever they have said about you. And you have been desiring to be respectable, to be respected, so you have been doing things which are appreciated, and the society goes on rewarding you, respecting you more and more. This is their method of creating a personality. But personality is very thin, skin-deep. It is not your nature. The child is born without a personality, but he is born with a potential individuality. The potential individuality simply means his uniqueness from anybody else — he is different.

The problem is simply a non-understanding. The experience of becoming the whole is of consciousness, and the expression of it is through the body, through the mind. The experience is beyond the body/mind structure. When one becomes absolutely silent, goes into samadhi, reaches the fourth stage, he is not body, he is not mind. They are all silent — he is far above them. He is pure consciousness.

So he has experienced the universal, he has become the universal, but to the world, to the others, he is a unique individual. His expression is going to be different from other realized people. It is not that he wants to be different; he has a different mechanism, and he can only come through that mechanism to you. There have been enlightened painters. They have never spoken because word was not their art, but they have painted. And their paintings are totally different from ordinary paintings, even of the great masters.

Even the greatest master painters are unconscious people; what they paint reflects their unconsciousness. But if a realized man paints, then his painting has a totally different beauty. It is not only a painting, it is a message too. It has a meaning to be discovered. The meaning has been given in code, because the man was capable only of painting, so his painting is a code. You have to discover the code, and then the painting will reveal immense meanings. The deeper you go into those meanings, the more and more you will find. The other paintings are just flat; they may be made by masters, but they are flat. The paintings made by a realized man are multidimensional, they are not flat. They want to say something to you. If the man is a poet, like Kabir, then he sings, and his poetry is his expression.

If the man is articulate in speaking the unspeakable, then he speaks; but his words will have a totally different impact. The same words are used by everybody, but they don’t have that impact because they don’t carry the same energy, they don’t come from the same source. A man of experience brings his words full of his experience — they are not dry, they are not the words of an orator or a speaker. He may not know the art of speaking but no orator can do what he can do with words. He can transform people just by their hearing him. Just by being in the presence of him, just by letting his words rain over you, you will feel a transformation happening: a new being is born in you, you are reborn.

So when I say that even enlightened people have individuality, I mean that they remain unique — for the simple reason that they have a unique body/mind structure, and anything that comes to you has to come through that structure.

Buddha speaks in one way, Mahavira speaks in another way. Chuang Tzu speaks in absurd stories — he is a great story-teller — but his stories, side by side, go on playing with your heart. The stories are so absurd that your mind cannot do anything. That’s the reason why he has chosen the stories to be absurd, so that your mind cannot come in between. With his absurd stories he stops your mind, and then his presence is available to you and to your heart; you can drink the wine he has brought for you. And he has put your mind away by telling you an absurd story. The mind is puzzled and is not functioning.

Many people have wondered why Chuang Tzu writes such absurd stories, but nobody has been able to explain the fact for the simple reason that the people who have been thinking about why he is writing the stories have no idea that it is a device to make the mind stop functioning — then you are available, fully available from your heart. He can contact you in that way.

But Buddha cannot tell an absurd story. He uses parables, but they are very meaningful. He does not want to avoid the mind… these are the uniquenesses of the people. He wants the mind to be convinced and then, through that conviction of the mind, he wants to go to your heart. If the mind is convinced it gives way. And Buddha’s parables, his discourses, are all logical; the mind has to give way sooner or later.

Different masters… For example, Jalaluddin Rumi did nothing but whirling. He became enlightened after thirty six hours of continuous whirling, without any stop — non-stop whirling. In fact every child likes to whirl. Parents stop him; they say, “You will fall. You may have a fit or you may get hit by something — don’t do such a thing.” But all children all over the world love whirling, because somehow while the child is whirling he finds his center. Without finding the center you cannot whirl. The body goes on whirling, but the whirling has to happen on a center; so slowly, slowly he becomes aware of the center.

After thirty-six hours of continuous whirling, Rumi became absolutely clear about his center. That was his experience of the ultimate, the fourth. Then his whole life he was not doing anything but teaching whirling to people. It will look absurd to a Buddhist, it will look absurd to any other religion — because, what you can get out of whirling? It is a simple method, the simplest method, but it may suit you or it may not.

For example, for me it does not suit. I cannot sit on a swing, that is enough to create nausea in me. And what to say about sitting myself on a swing? — I cannot see somebody else swinging! That is enough to give me a feeling of nausea. Now, Rumi is not for me. And there may be many people to whom whirling will give nausea, vomiting. That means it is not for them.

We are individually different. And there is no contradiction. One can experience the universal, and yet when the question of expression arises, he has to be individual.