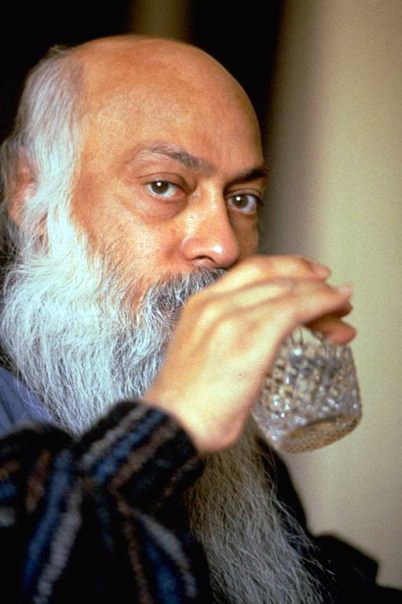 Question: Does’t Intuition come to one through thought waves that are just like Radio Waves?

Osho : This, again, will be very difficult to explain. If intuition comes through some kind of waves, then sooner or later the intellect will be able to explain it. It comes without any medium; that is the point. It comes without a vehicle! It travels without any vehicle, that is why it is a jump, that is why it is a leap. If some waves are there and it comes to you through those waves, then it is not a jump, it is not a leap.

It is a jump from one point to another point, with no interconnection between the two; that is why it is a jump. If I come to you step by step, it is not a jump; only if I come to you without any steps is it a jump. And a real jump is even deeper: it means that something exists on point A and then it exists on point B, and between the two there is no existence. That is a real jump.

It will take time, but it can be done. If some X-rays, some waves or anything are carrying it to you, reason will be capable of knowing and understanding and controlling it. Then any day an instrument can be developed – just like radio or TV – in which intuitions can be received. If intuition comes through rays or waves, then we can make an instrument to receive them. Then Mohammed is not needed. But as I see it, Mohammed will be needed.

No instrument can pick up intuition because it is not a wave phenomenon. It is not a phenomenon at all; it is just a leap from nothing to being. Intuition means just that. That is why reason denies it. Reason denies it because reason is incapable of encountering it; reason can only encounter phenomena that can be divided into cause and effect.

When something from the unknowable comes to be known, it is a jump. It is a jump! There is no interlink, there is no passage, there is no going from one point to another point. But it seems inconceivable, so when I say, ”You can feel it, but you cannot understand it,” when I say such things, I know very well that I am uttering nonsense. Nonsense only means ”that which cannot be understood by our senses.” And mind is a sense, the most subtle, and wisdom is a sense.

Intuition is possible because the unknowable is there. Science denies the existence of the divine because it says, ”There is only one division: the known and the unknown. If there is any God, we will discover him through laboratory methods. If he exists, science will discover him.”

Religion, on the other hand, says, ”Whatever you do, something in the very foundation of existence will remain unknowable – a mystery.”

I will say this: that reason is an effort to know the unknown and intuition is the happening of the unknowable. To penetrate the unknowable is possible, but to explain it is not. The feeling is possible; the explanation is not.

The more you try to explain it the more closed you will become, so do not try. Let reason work in its own field, but remember continuously that there are deeper realms. There are deeper reasons which reason cannot understand, higher reasons that reason is incapable of conceiving.