Osho on Intution, Intution is Irrational 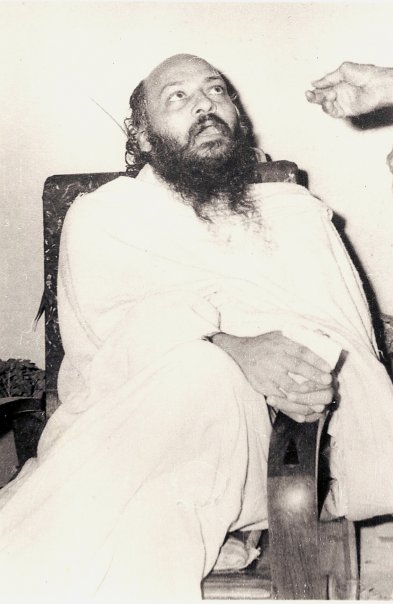 For example, Mohammed was an illiterate person. No one knew about him; no one ever felt that such a great thing as the Koran could come out of him. There was not a single act, not a single thought, that was special about him; he was just an ordinary man – absolutely ordinary. No one ever felt that something extraordinary was possible in him. Then, suddenly, this parable is recorded: An angel appeared to Mohammed and said, ”Read!”

Mohammed said to him, ”How can I read? I do not know how; I cannot read, I am illiterate.”
The angel repeated again, ”Read!”

Mohammed again said, ”But how can I read? I do not know anything about reading.”
Then the angel said, ”Read! By the grace of God, you will be able.” And Mohammed began to read. This is intuition.

He returned to his house trembling, trembling because he could not conceive of what had happened. He could read – and he had read something inconceivable. The first ayat of the Koran had been given to him. He could not understand it because nothing in his whole past related to it. He could not feel the meaning of it; he had become the vehicle for something that was unrelated to his past, absolutely unrelated.

Something from the unknown had penetrated him. It might have been related to something else, to someone else, but it did not relate to Mohammed at all. This is the penetration. He came into his house trembling, he felt feverish; he just went on thinking, ”What has happened?”

He was unable to understand what had happened, and for three days he was in deep fever, trembling, because there was no cause for what had occurred. He could not even gather the courage to say something to anyone. He was an illiterate: who was going to believe him? He himself could not believe what had happened; it was unbelievable.

After three days of deep fever, coma, unconsciousness, he gathered the courage to tell his wife, but only under the condition that she not tell anyone else. ”It seems that I have gone mad,” he said. But his wife was older than he was and more learned. She was forty and Mohammed was twenty-six; she was a rich woman, a rich widow. She felt that something real had happened, and she was Mohammed’s first convert.

Only then could Mohammed get up the nerve to speak to some friends and relatives. Whenever he would speak he would tremble, perspire, because what was happening was inconceivable. That is why Mohammed insisted – and this became a tenet, a foundational tenet of Islam – that ”I am not divine; I am nothing special. I am not extraordinary, I am just a vehicle.”

This is what is meant by surrender and nothing else – nothing else! The postman just delivers the message to you; you yourself cannot even understand it. This is intuition.

But intellect can also reject. That is what is meant by a faithful mind or a faithless mind. If you feel that what cannot be explained by the intellect is not, then you are a nonbeliever. Then you will continue in this lower existence – tethered to it. Then you disallow mystery, then you disallow intuition to speak to you; this is what a rationalist mind means. The rationalist will not even see that something from beyond has come.