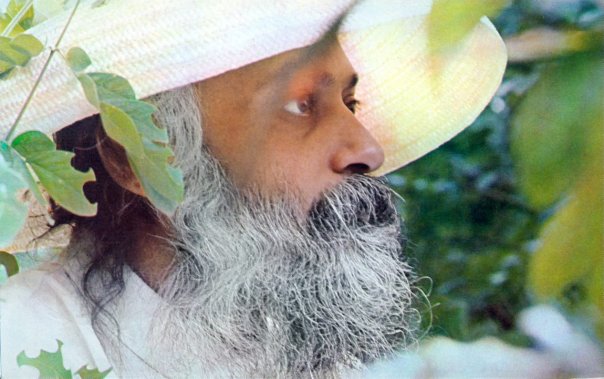 Osho – Rumi does not mean anything, it is a name of a place; because he came from Rum he was called Rumi. His message is love, and he belongs to the highest categories of the Buddhas. He was the man who inverted a new method of meditation, whirling.

There have been hundreds of devices; Rumi has also contributed one special device. He became enlightened not by sitting silently like a Buddha, he became enlightened by dancing. And his dance is a special and of dance. You turn round and round, as if you are just a wheel moving faster and faster; you are both the axle and the wheel. Small children enjoy it very much. Almost all over the world parents have to stop their children from doing it because they are afraid they may get dizzy, but they don’t know that the children are enjoying something very special.

When a small child goes on whirling he loses the sense of being a body, he starts hovering above his body, he can see his own body turning — and that is the miracle of the method. But we are stopped by our parents very early.

Jalaluddin introduced that method. He himself became enlightened by thirty-six hours of continuous whirling; day in, day out he went on and on. He was riding on a cloud, he could not stop till he fell down. But when he opened his eyes and got up he was a totally new man, the old was gone. People had gathered to watch him, thousands of people — he was a well-known mystic. What had happened to him? dad he gone crazy or something. And he had told his disciples that he should not be disturbed.

For thirty-six hours he danced and danced. The dancer disappeared in the dance, there was only dance and no dancer — the ego died. And he could see his own body from the higher plane dancing somewhere on the earth. He became a watcher on the hill, the body was in the deep dark valley. And that’s how he introduced the method to his disciples. His message was love and dance. Love the whole existence so you can dance, and dance to abandon so that you can love.