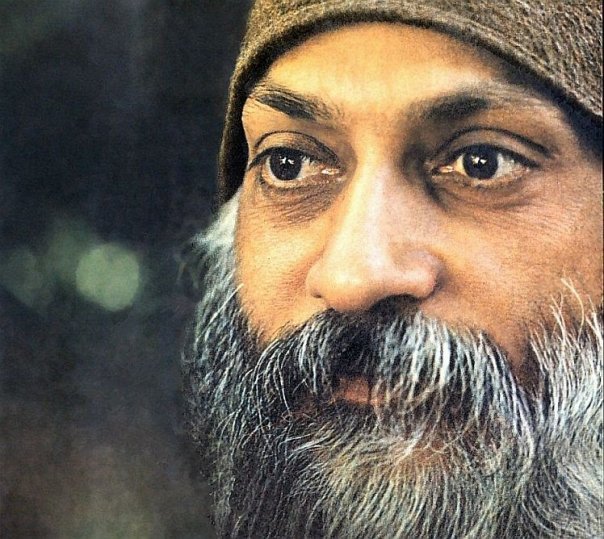 Osho – A disease, any disease, first arises deep in the mind and then moves towards the body. It may take a long time to come to the body, it is a long distance. You are not aware of it when it is in the mind, you become aware of it only when it strikes hard at the roots of the body. You always feel the disease in the body, but it always originates in the mind.

You are not aware of it then, so you cannot do anything about it, but when it comes to the body then of course you start seeking a physician, some help. The physician, seeing it in the body, starts treating it in the body. It can be treated in the body — but then some other disease will arise, because the treatment has not gone to the very source. You have been changing the effect, but not the cause.

If it can be changed in the mind, then the disease will disappear from the body immediately. That’s how modern research on hypnosis proves that every disease — at least in principle — can be transformed, changed, can be dropped, if the mind is changed. And the vice versa is also true: if the mind is convinced by hypnosis, then disease can be created also.

Just two or three days before, somebody sent me an article of deep significance. One man — one physician, a doctor in California — has treated many patients with cancer just through the imagination. This is the first clue which opens the door…. And not one patient, many.

What he does is he simply tells them to imagine — -if they have cancer of the throat, he tells them to relax and imagine that the whole energy of their body is moving towards the throat, and the gland is being attacked by their energy. Just like arrows from everywhere, all over — moving towards the throat and attacking the disease. Within three, four or six weeks the gland simply disappears without leaving a trace behind. And cancer is thought to be incurable!

Jesus’ miracles happened because the people were very trusting. Once it happened: he was walking and a woman — a very poor woman, afraid and apprehensive about whether Jesus would treat her or not, because he was always crowded by so many people — the woman thought to herself, “Just touch Jesus’ garment from behind.” She did, and she was cured.
Jesus looked back and the woman started thanking him. She fell at his feet and was very grateful. He said, “Don’t be grateful to me, be grateful to God. Your faith has healed you, not I.”

The world was deep in trust; people were rooted in faith. Then just the idea that “If Jesus touches my eyes, they will be cured” — the very idea becomes the root cause of the cure. It is not that Jesus cures; if you are skeptical then Jesus can’t help, then he will not be able to cure you.

I was reading a story. One day Jesus was running out of a town. A farmer working in his fields saw him running, so he inquired, “What is the matter? Where are you going?”

But he was in such a hurry that he would not answer. So the farmer followed him, stopped him after a while, and said, “Please tell me, I have become too curious. If you don’t tell me, then why you were running will haunt me again and again. Where are you going? From whom are you escaping?”

Jesus said, “No. I tried, but I can’t because he is a fool and he won’t believe. I have cured all sorts of illnesses and I have never failed, but with this fool I have failed. He goes on following me and he says, ‘Cure me,’ but I have tried every way that I know and everything fails. That’s why I am escaping from the town.”

Jesus could do miracles. Those miracles were simple; they happened because people were trusting. If you can trust, then the mind starts functioning from within, spreads to the body and changes everything. But if you can’t trust, then nothing can help.

Even ordinary medicine helps you because you trust it. There has been an observation that whenever a new medicine is invented it works very well for six months to two years — people are affected by it — but after six months, eight months, ten months, it doesn’t work so well. Physicians have been worried — what happens?

Whenever a new medicine is invented you believe in it more than in an old medicine. Now you know the panacea is there “… and I will be helped by it.” And you are helped! The trust in a new medicine, a new discovery, helps. They talk about it on TV, on the radio, in the newspapers, and a climate of trust and hope is there. But after a few months, when many people have taken it — and a few fools have also taken it, which cannot be helped — then a suspicion arises, because this man has taken the medicine and nothing happened. These fools then create an anti-climate, and after a while the medicine loses its effect.

Even more than medicine, the physician helps if you trust him. Have you watched that whenever you are ill and the doctor comes, if you trust the doctor then you feel relief just by his coming? He has not given any medicine up to now. He has just been checking your body — blood pressure, this and that — and already you feel that fifty percent of the disease is gone. A man you can trust has come. Now there is no need to carry the burden on yourself. You can leave it to him and he will see to it. But if you don’t trust the physician, he cannot do anything.