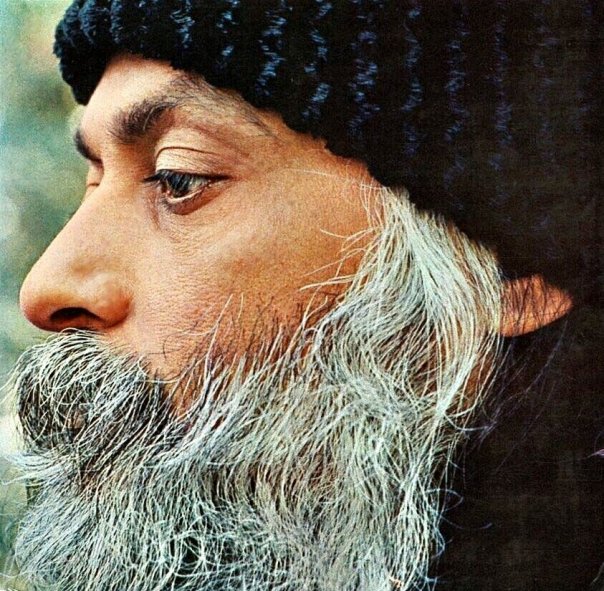 Question : Beloved Master, Why are so many Jews here?
Osho : Alexandra, Jews are intelligent people, the most intelligent in the world. That’s why they are hated so much. They have committed only one mistake in their whole history: they crucified Jesus and missed the greatest business that was available to them! It is such a rare phenomenon, that it went into the hands of the Italians — the whole business! It is inconceivable — Jews losing it to the Italians! If the Italians are selling spaghetti, that is okay, but they are selling Jesus! Otherwise, the Jews have never committed any mistake.

Alexandra, you are right, your curiosity is right. But they can understand what I am saying. In fact, they have to drop a certain guilt that they have carried for two thousand years. If they can feel in tune with me, their guilt for killing Jesus will disappear. Deep down the guilt is there; they need somebody who can take away that guilt. It is like a thorn in their very soul — it hurts. They may not say it, but it hurts. They destroyed their greatest flowering.

Jesus was their highest potential actualized; he was the highest peak of Jewish intelligence — and they destroyed it. They are carrying the wound; they are wounded people. They want somebody who can heal the wound.

But the problem is: if you go to the priests they wound you more. Go anywhere, you will be wounded more, because your so-called religions all exist on your guilt. The greater the guilt, the more is their power over you. They make you feel guilty, they make you feel sinners.

I am a totally different kind of man: I help you to get rid of your guilt. I want to tell you that you are not sinners, and to commit mistakes is just human — to err is human. There is no need to make much fuss about it. And your errors are small; just a little awareness and they will disappear. You do not need to be thrown into hell.

And just see the stupidity of the idea…. Christians say that once you are in hell you are there for eternity. Nobody comes out of hell. It has no exit, only the entrance. And then for eternity! — the very idea is absurd. Even the greatest criminal need not be punished for eternity.

Bertrand Russell has said, “When I look at my sins, if I confess all my sins that I have committed, they are not many, they are not very big. I have not murdered people. Then the cruelest magistrate can send me to jail at the most for four years. And if my thoughts are also to be included, not only my actions, then eight years jail, that’s all.” He has written a beautiful book, WHY I AM NOT A CHRISTIAN. And among the many that he has given, this is one of the reasons: “I cannot agree with the idea of eternal hell. Nobody has committed such a sin that he should be thrown for eternity into hell — forever, no escape. And nobody has done so much good that he should be enjoying paradise for ever and ever.”

But religions have existed, and they are powerful, for the simple reason that they create fear in you — fear of hell — and they create greed in you — greed for heaven. They wound you deeply. The more you bleed, the more your wound bleeds, the more powerful they are over you.

My effort here is to redeem you from all your wounds, to redeem you from the fear of hell and the greed for heaven. There is no hell and no heaven. Those are not places somewhere, those are just your own states of mind. Whenever you are in anger, in rage, you are in hell; and whenever you are in love, in compassion, you are in heaven. So you can move from heaven to hell many times in a day. It is not a question to be decided after death; it is to be decided each moment. And it is absolutely within your capacity to decide.

One Sufi mystic was dying. His disciples had gathered and they said, “One thing we want to know. You are departing forever and then we will never know what was the secret. We have never seen you sad, unhappy, miserable. It seems so superhuman. We have watched you for thirty years, forty years; there are a few people who have lived with you for fifty years, sixty years” — the man was almost a hundred years old — “and nobody remembers that you were ever sad, not even a small sadness. What is your secret?”

He said, “There is no secret at all. Every morning when I get up, before I open my eyes I say to myself, ‘Listen, old man, a new day is there. What do you want? — to be sad or to be happy?’ And I always say, ‘To be happy.’ So then I remain happy! I decide in the morning and I remain happy. I have to follow my decision. This I do every day. It is a decision.”

You choose misery; it is not a punishment, it is your choice. And you choose joy; it is not a reward, it is your choice. Jews have suffered very much; they are wounded. Of course, two thousand years of suffering have made them very mature, intelligent, alert. Hence they can recognize me better than anybody else. That’s why, Alexandra, they are here.

In July 1974, President Nixon was in the Soviet Union, hoping to achieve a nonaggression pact between that country and the United States, but he was having a hard time of it.
“Before we sign,” declared Prime Minister Brezhnev, “you Americans will have to announce to the world that Adam and Eve were communists.”

Nixon, uncertain as to how he should cope with this dilemma, decided to consult an authority on Genesis — in this case, Henry J. Kissinger — who assured him that he had read several pages of the Bible in his younger days.

Kissinger retired to his study, pored over the Old Testament and the text. Next day he told Nixon to go ahead and sign the pact with the Soviet Union. “The Russians are right,” he said, “Adam and Eve were indeed communists. After all, they did not have a stitch on their backs, they had nothing to eat but apples, and they still thought they were in paradise!”

The Jewish boy said, “Well, dad and I went down to our toy factory, looked at all the empty shelves, sang two verses of ‘What a friend we have in Jesus!’ and then caught a plane for Osho Commune International, Poona, India.”

Source : Osho Book “The Dhammapada, The Way of The Buddha, Vol 9″