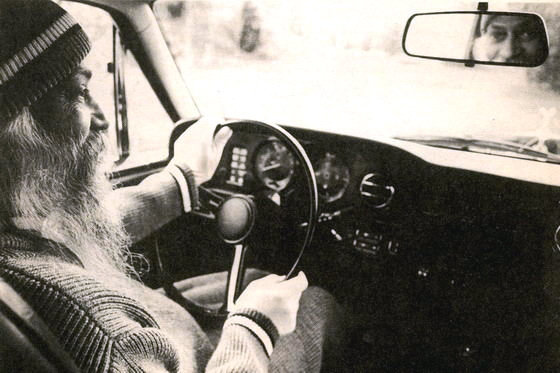 Question – Why are the Jews hated everywhere in the world?

Osho – Because they are clever, intelligent. Nobody likes clever, intelligent people. One feels inferior, hence, the hatred. Adolf Hitler must have felt very inferior to Jews. He Was. He was almost idiotic, imbecilic. But he must have felt it tremendously — this inferiority. And Jews have a certain intelligence, and because of that intelligence they become rich fast. Put them in any situation and sooner or later they will be on top. How can you avoid not hating them? They simply go directly to the top; they don’t wait.

And particularly about money, they are the cleverest people in the world. For a certain reason: because after Jesus’ crucifixion, they lost all power — all political power; Christianity became politically powerful. There was no way for the Jews to be politically powerful, so their whole mind turned to the second power — money. They became focused on money. These are the only two worldly powers: either politics or money. Because they were not in the majority, they could not be politically powerful, so naturally their whole intelligence was channellised towards money. That was the only way for them to become powerful.

And with money many things come. With money comes more education, with money comes more literature, more music, more drama, more art. With money Comes more intelligence. So down the ages they have been hoarding money, and money on its own creates more possibilities to be intelligent, to be clever. And when you are more intelligent, you earn more money, and so on and so forth it goes’ And people who have money are hated because ninety-nine per cent of people don’t have any money; they are very jealous. The poor people hate the rich, and if they can get an opportunity they will kill the rich. And whenever they get the opportunity, they kill — they will find any excuse.

So poor people hate them, and rich people also hate them. Because money is a very low value — powerful, immensely powerful! — but a lower value. And Jews don’t think that anything more valuable exists. And they have learned through experience that if they have money, then only can they survive.

So wherever they are they are hated. But they are hated because they are clever. Of course, their cleverness turned in a wrong direction, it became money-oriented. And the whole Judaic tradition fell slowly slowly — became very worldly. It lost the spiritual dimension. So the very word ‘Jew’ has a wrong association.

Jews can only be free from this hatred of the world if they start looking for higher values than money.

‘A sponge cake?’ he said angrily. ‘The THIRD prize was a Cadillac. How can the second prize be a stupid sponge cake?’
‘But this sponge cake is special’ said the Master of Ceremonies. ‘You see, it was baked by the rabbi’s wife with her own lily-white hands.’
‘Fuck the rabbi’s wife!’ yelled the man.
‘Shut up!’ said the M.C. ‘That’s the first prize.’
Now this mind which reduces everything to a commodity is bound to be hated.

But Jews are intelligent people. There is no doubt about it — one of the most intelligent races on the earth; otherwise they would not have survived. They have survived with no political power and with enemies all around and everywhere. They have been on the cross for two thousand years since Jesus’ death. They have suffered too much. For one man’s crucifixion it is enough punishment — more than enough. They have lived in a Christian world, hated from every side. But because they were hated and they were always in danger and they were always helpless, that too has helped their intelligence to go high. Always remember: if there is danger for your life, you have to be intelligent; you cannot afford non-intelligence, otherwise you will be gone.

So in a way, the very challenge, the very danger, has helped them: they have been polishing their intelligence continuously. It-is not just accident that more Nobel Prizes go to Jews than to anybody else. And their number is small; it is out of all proportion. This century’s greatest thinkers — three: Marx, Freud, Einstein — all belong to Jews. The greatest revolutionaries ever have come from them. They are in small numbers, but the situation has helped them. They had to fight, struggle, survive; they could not fall asleep, they could not go to rust. Their intelligence has been going higher and released towards God will bring a great revolution in the world.

I am very happy that fifty per cent — more than fifty per cent — of my sannyasins are Jews. What I am saying can have appeal only to very intelligent people. Stupids won’t have any attraction to me — only very intelligent people can understand what I am saying. But they have been hated, that is true. That hatred can be dropped only when Jews start changing.

There are a few things that they can do. One is that they accept Jesus back home. If they can welcome Jesus back home almost ninety per cent of the hatred will disappear. And Jesus is theirs — more theirs than the Christians’. Jesus was born a Jew, died a Jew. He was the greatest Jew ever. He was not a Christian. If Jews can accept Jesus back home, that will change the whole climate in the world. And if Jews can put their energies — as they have put them into money — if they can put their energies into meditation, they will become the greatest meditators on the earth. They can herald a new era!