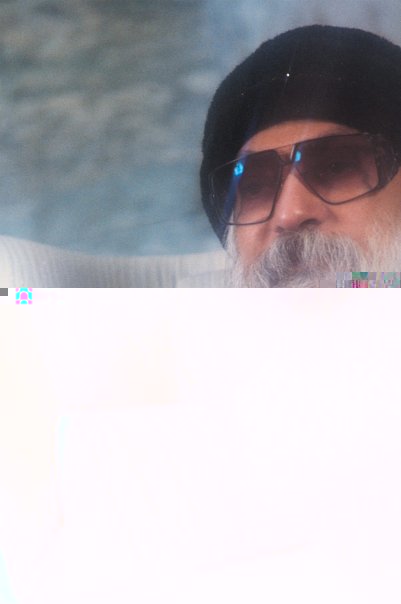 Question – Osho, are all the journalists blind? can’t they see the truth? why are they continuously spreading lies about you?

Osho – Nisha, THE PROFESSION OF A JOURNALIST is such that it lives on lies. Truth is not news; lies are news, beautiful news. The bigger the lie the better the news, because it has a certain quality in it: the quality of creating a sensation. Journalism lives on lies. If journalists decide only to be true, there won’t be so many newspapers, so many magazines. And there will not be much news either. Truth you can write on a postcard.

I have heard that in heaven there are no newspapers because no news ever happens there. George Bernard Shaw has made a definition: “When a dog bites a man it is not news, but when a man bites a dog it is news.” In heaven no man bites a dog. In the first place it is very difficult to find a dog there; in the second place nobody is interested in biting anybody, so what news can you have?

But in hell they have really great newspapers and there circulation is in the millions. They have news there. Every day, every moment, things are happening — everybody is biting everybody else.

Journalism depends on invention. And then slowly slowly a journalist starts having a certain kind of approach towards things: he immediately sees the negative. He can’t see the positive because the positive is not his business.

It is like a shoemaker: he looks only at your shoes, not at your face. What does he have to do with your face? In fact, looking at your shoe he knows your whole biography; a real shoemaker just looking at your shoe can say everything about your life far more accurately than any astrologer can. The condition of the shoe will show the condition, the financial condition, in which you are. If you have to walk too much, that will show that you don’t have a car, that you don’t have any money. The shoe will say so many things.

I have heard that one doctor friend of Picasso had come to visit him. Picasso had just finished a portrait. He invited the doctor friend to see the portrait. He looked; he looked from this side and from that side, and then he asked for a torch — in the daytime! Picasso was puzzled, but he was intrigued also so he gave him a torch. He looked into the eyes of the portrait and he said, “Pneumonia.”

A doctor is a doctor! His profession gives him a certain eye. The journalist comes here with a certain eye, with certain fixed ideas, prejudices. He comes to pick up on something negative which can become sensational. And then, of
course, he can find it; and if he cannot find it he can invent it. And they look only from the outside; they are too afraid to get involved deeper. A few journalists have got involved — once they get involved they are no more journalists.

You can ask Satyananda. He was a famous journalist in one of the most important magazines in Germany, STERN. He got so much involved…he didn’t function here like a journalist. He tried to know things from the inside. He participated in groups, in meditations, and then…he became a sannyasin. STERN refused to publish his story because they said, “You are no more a journalist. Now you have become part of this orange movement, so whatsoever you say will be favorable.”

For months he had to insist, “I have worked hard!” They cut his story almost by half. They destroyed his whole story, distorted the whole story, and only then did they print it. And he lost his job! Now he has come here forever. There are a few other journalists also, at least a dozen. Subhuti is here and others are here…. A journalist is taught by his profession to always remain at a distance: “Look from the outside.” And from the outside you can never know how things are.

A pretty young woman was traveling in a train across Texas. A dapper looking man walked up to her and whispered something in her ear, whereupon she gave him a stinging slap in the face. A tall Texan seated across the aisle stood up and asked her, “Is this man molesting you, Ma’am?”
“He certainly is,” she replied. “He just offered me ten dollars if I would go with him to his sleeping compartment.”

Without hesitation, the Texan pulled out his pistol and shot the man.
“Good God!” cried the woman. “That’s no reason to kill him!”
“I will kill any man,” replied the Texan, “who tries to raise the prices in Texas.”

If you had looked only from the outside you would never have thought about this, what was inside the mind of the Texan. You would have thought him a great saint or something.

But the journalist has to keep a distance. He thinks that by keeping a distance he will be able to know better. No, he will only gather information, bits of information, in fact irrelevant, unconnected with each other, because he has no approach to the center. And he is going to distort it more to make it more sensational.

A group of Rajneesh sannyasins in Bonn, Germany, were taking a boatride down the Rhine river when they noticed that a well-known journalist was aboard the boat. They decided to do something to give sannyasins a more positive image in Germany. So, before the eyes of the journalist, they stepped off into the water and did a whirling Sufi dance all the way around the moving boat. Then, completely dry, they climbed back onto the boat’s deck.

The next day the sannyasins eagerly scanned the newspaper to see what the journalist had written about their fantastic feat. There, in the back pages, they found a small article with the headline: WHEN WILL RAJNEESH SANNYASINS FINALLY LEARN TO SWIM?