Osho on Joy and Ego – When the joy is there, there is no ego 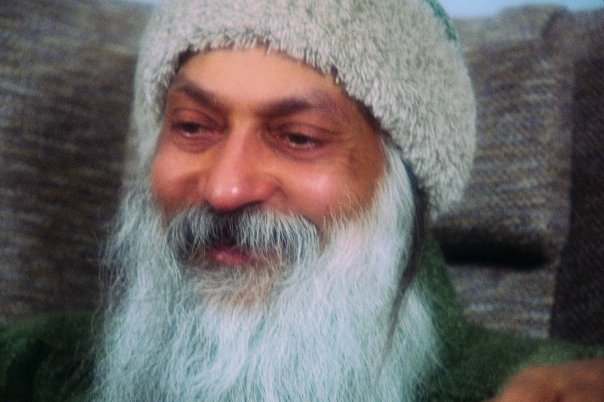 Question – Is the ego still working when i feel joy and contentment?

You are still not capable of containing that joy forever; the window closes, the doors shut, the fragrance disappears, the music becomes distant and distant, and disappears. The ego is back, and the ego says ‘Boy, what a beautiful experience! It was great, fantastic!’ And now that which was not an experience has been reduced to an experience.

But I can understand your question, Champak. The question arises later on when the ego comes back and the moment of joy has disappeared, and the ego takes possession. It is very greedy, it takes possession of everything, it hoards everything. It reduces every living thing into a dead thing, because only dead things can be accumulated. Now it says ‘Keep it as a memory, it was a great thing.’ Now it is reduced into a memory. Now the ego says ‘Have this kind of joy more and more, create it more.’ And you know you were not the creator of it; it had come when you were not, it had come unasked, it had come on its own, it had appeared out of the blue. You were not the creator of it, you were not the manufacturer of it, you had not put it together; it was something from the beyond that suddenly took possession of you, shook you up, bathed you. And for a moment you were sunlit, you forgot all misery and all anguish and all pain. You were not a man in that moment; it was a glimpse of Buddhahood, just a lightning experience.

But the ego cannot miss out. Once the moment is gone, the ego immediately jumps and takes possession of it, stores it in the memory, and goads you to have more of it. Now you are in trouble — you don’t know what to do to bring that joy again.

This happens every day here. When new people come to me and they start meditating, suddenly, one day, it is there — the benediction — and they are thrilled, they are ecstatic. But the ego takes possession of it, and then it becomes more and more difficult for it to happen. Then they are worried, ‘It happened… why isn’t it happening now?’

That is the whole message of Yoka and his SHODOKA — the whole message: that the seeker is the barrier. God cannot be sought, God comes; you have just to be receptive, available, that’s all. When in meditation you feel ecstasy arising for the first time, it is not your doing. Beware. You are not doing anything, it is happening to you — it is a sheer gift. Feel grateful. Don’t think in terms that you are the doer, don’t pat yourself on the back, don’t say ‘Look, I have done it.’ If you have done it, you will be in trouble; it will not come again. You have become cunning, clever; your innocence has been lost.

So whenever beautiful experiences of joy, contentment, love, beatitude, benediction happen, remember one thing, always remember that you are not the manipulator of them; they come. Feel thankful, grateful, and forget all about them. Don’t store them in the memory and don’t become greedy about them. If you become greedy, ego has come in — and with revenge — and the ego has started poisoning you again.

Champak, ego disappears many times, in ordinary life too it disappears many times, but people don’t know how to keep those moments of purity intact, unpolluted by the ego that will come later on, that is bound to come. It has nothing to do with meditation as such, meditation is only one of the ways to make you available, to help you become passive, receptive, feminine. But it happens; just seeing a bird on the wing, and it can happen.

Ramakrishna’s first SAMADHI happened that way. He was only thirteen. He was coming home from his farm, and was passing by a village pond, and a few swans suddenly Flew from the pond. The sky was dark, full of dark clouds. Against the backdrop of those dark clouds, the white swans flashed like lightning. The moment was so pure, of such utter beauty, that Ramakrishna fell then and there to the ground in great prayer. He was struck by God.

He remained unconscious for a few hours. Somebody discovered him and people carried him home. That was his first SAMADHI. When he opened his eyes after a few hours, he was a totally different man. Those eyes were no more the old ones; they had a new shine. The face was no more the old one; it had a new glory. The boy was transformed. People started worshipping the boy; people started to come from far and wide just to see what had happened. Something divine had penetrated him. And he had not been doing anything, he was just passing by the pond, but he never allowed his ego to take possession of it. When people would ask ‘What did you do?’ he would say ‘I have not done anything; it has happened.’ And he never was greedy for it to happen again; otherwise he would have missed. And it started happening again and again; then small things started triggering it.

Later on it was so difficult for his disciples; to take him anywhere was a problem. On the road, walking, and suddenly he would be gone, he would disappear. Wherever he would go, anything… In fact, slowly slowly, all is divine; slowly slowly, everything…

That must have happened to Basho, the Zen mystic and poet.
The ancient pond
A frog jumps in
Plop!

Basho must have gone into a deep ecstasy — just the ‘plop’, the sound of the frog jumping into the ancient pond, was enough, more than enough — the door opened. It opens to you too — God is generous — but you miss the point, because you misinterpret it. Sometimes it happens while you are making love, more often when you make love because that is your deepest experience. Ramakrishna must have been a very aesthetic soul, otherwise who goes into such orgasm seeing a few swans flying by against the black clouds2 He must have been of immense aesthetic sensibility. It was enough; he went into an orgasmic state.

Ordinarily, people are not so sensitive; they have become very hard.Just to survive they have gathered an armour around themselves — just to protect themselves; they are afraid of being vulnerable. But while making love one becomes vulnerable. In that intimacy, the glimpse comes; you are lost, you are possessed by some energy which is not your own. You are tiny compared to it; it is huge, enormous. But don’t take possession of it later on; the ego is cunning. When it comes, thank God, when it goes, thank God, but don’t become in any way a doer, remain a non-doer.