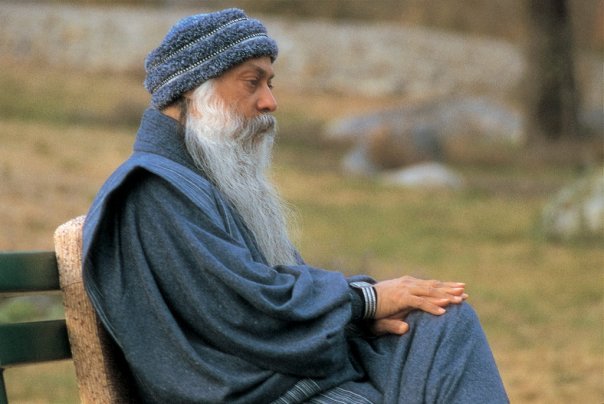 He had knocked on many so-called gurus’ doors and they would not accept him because he was a Mohammedan, or even if he was not, at least his birth was suspicious, uncertain. He must have been an illegal child, maybe – why was he abandoned? The parents had simply thrown the child on the bank of the river.

Somebody found him and brought him up. Nobody would accept him. His name also shows that he was a Mohammedan; Kabir is one of the names of God given by the Sufis. Sufis have a hundred names for God – ninety-nine can verbally be communicated, the hundredth cannot be communicated verbally; that is understood only in deep silence between the Master and
the disciple.

Out of those ninety-nine names, one is Kabir. Kabir literally means ’the great, the vast, the infinite’. Kabir is not a Hindu name, certainly. His name was Mohammedan, his birth suspicious – who would accept him? And the so-called Masters were afraid; he was rejected.

Then he played a trick. He wanted to become a disciple of the great Ramananda, a very famous Master, but he was afraid to go to him – maybe he would not accept him, just as others had not accepted him. And once he had rejected, then it would be very difficult to make his no into a yes, so he played a trick.

Ramananda used to go to the Ganges in Varanasi to take his morning bath, early, when it was dark and the sun had not risen yet. Kabir went there, slept on a step where he knew Ramananda would pass. It was dark and Ramananda’s feet touched Kabir – Kabir clung to the feet. Ramananda said, ”Hey Ram! My God! Who are you, and what are you doing here?”

Kabir said, ”Forget all about it. But you have given me the mantra ’Hey Ram’. You have initiated me, now I am your disciple.”

Now Ramananda could not go back on his word. He said, ”That’s true, this is your mantra – hey Ram, oh God – and you are my disciple.”
He says: It is very difficult to find a Master.